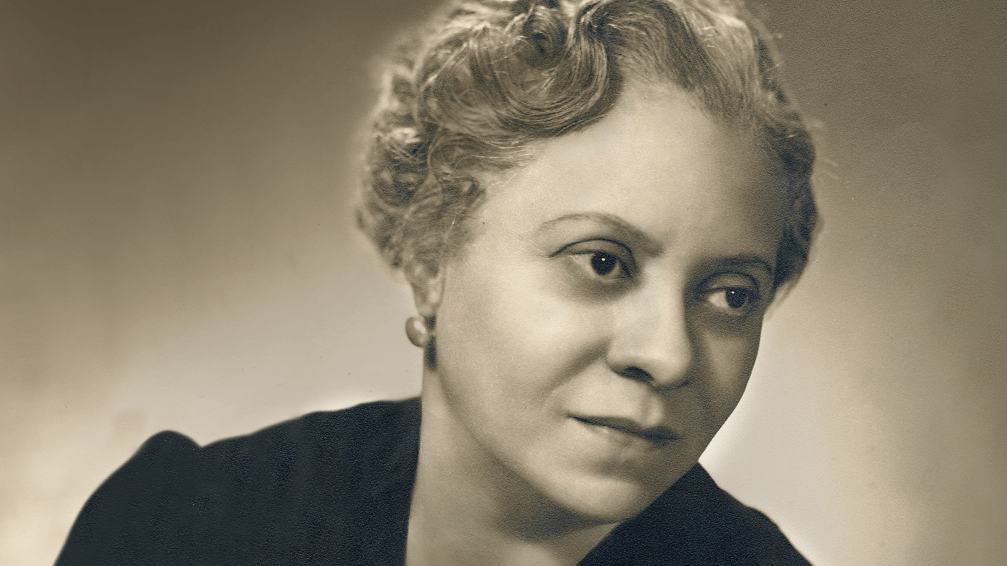 Conductor Mei-Ann Chen remembers when the Chicago Symphony approached her about programming for her subscription concert debut with the orchestra in 2013. The concert would be part of a festival on a watery theme called “Rivers: Nature. Power. Culture” and the group asked Chen to lead Florence Price’s 1934 “Mississippi River Suite” as part of it.

“You can probably imagine the panic in my eyes when I didn’t even know who Florence Price was at that point,” the energetic Chen said recently. Not that many people did. But the conductor used her ignorance as a springboard to dive deeper into Price’s music and she soon began programming and performing many of her works.

One of them, “Dances in the Canebrakes,” she brings to the Pacific Symphony this week for a program of American music, including pieces by Price’s teacher, George Chadwick, Price’s contemporary George Gershwin, and another work by Price, the Piano Concerto in One Movement, with Aaron Diehl as soloist.

Until recently, Price was known, if at all, as the answer to a trivia question. She was the first black woman composer to have a symphony performed by a major symphony orchestra. Frederick Stock conducted her Symphony No. 1 in E minor with the Chicago Symphony in 1933, after it had won first prize in the Wanamaker Competition.

Chen has been one of the leading advocates in the revival of Price’s work and has performed “Canebrakes” widely, including in September in Finland. She made the first recording of the work last year with the Chicago Sinfonietta, where she serves as music director. Shortly after her performances with the Pacific Symphony, she’ll perform it again with the BBC Symphony in London.

“This piece, I think it’s a great introduction to Price, because a lot of orchestras, when they don’t know a composer, they’re not going to let you program a 40-minute symphony by the same composer,” Chen said. “I just thought this is a great introduction to Florence Price’s music, giving that it’s capturing these three charming dances, I mean just by the titles of them — ‘Nimble Feet,’ ‘Silk Hat and Walking Cane,’ ‘Tropical Noon’ — I mean just charming titles.

“Each dance lasts about three minutes, but it really captures the indigenous African rhythms. To our ears it almost sounds like ragtime, Joplinish. For me, personally, it captured this very nostalgic musical genre in America.”

Chen was struck by how the Finnish orchestra took to Price’s music. “Of course these musicians had never heard of Florence Price period, let alone her music,” Chen said. “So they came up with their own interpretation of it — someone approached me and said wow, she heard Sinatra songs in one spot. Some others said, well of course it’s very much Joplin. Many approached me and said thank you for bringing her music to us.”

Who Was Florence Price?

Born in 1887 in Little Rock, Arkansas, Price first studied music with her mother. She later attended the New England Conservatory of music where her teachers included Chadwick and Frederick Converse, graduating in 1906 with diplomas in piano and organ. She married and settled in Little Rock, but moved to Chicago in 1927, apparently to flee increasing racial tensions in the South. Once in Chicago, she studied composition with Carl Busch, Leo Sowerby and others and began turning out a steady stream of her own works. In the 1930s her music was performed throughout the United States and even Europe, part of a wave of interest in African American composers that included William Grant Still and William Dawson. Marian Anderson performed an arrangement of a spiritual by her and some of her songs, bringing further recognition.

Price didn’t always find it easy to get her work performed, however, if a letter quoted by Alex Ross in The New Yorker is any indication. Addressing the conductor of the Boston Symphony in 1943, Price writes, “My dear Dr. Koussevitzky, To begin with I have two handicaps — those of sex and race. I am a woman; and I have some Negro blood in my veins.” She then writes of Koussevitzky “knowing the worst” about her. The conductor never did perform her music, and neither did many of the other big names. “Indeed, she had a difficult time making headway in a culture that defined composers as white, male, and dead,” Ross writes.

There have been few performances of her music since her death in 1953, until recently. The Price revival has been helped along by classical music’s efforts in recent years to diversify its repertoire, but also by a discovery made in an abandoned, decrepit house in St. Anne, Illinois, in 2009. The renovators discovered a trove of personal papers, books and musical manuscripts, all belonging to one Florence Price. It turns out the St. Anne place was her summer home. Among the manuscripts were the Symphony No. 4 and two violin concertos, previously thought to be lost, and now available in commercial recordings.

Price’s music is easy to like. Modernism wasn’t her thing, and she basically wrote in a Romantic style, strongly influenced by Dvořák in his “New World Symphony” manner. But her music is her own, and immediately recognizable as American. Its melodies, harmonies and rhythms are drawn from African-American folk songs, spirituals and dance, sometimes directly quoted, sometimes evoked. There is a deeply Southern, warm and languorous flavor to much of her work.

Diehl, an acclaimed jazz pianist with classical training from Juilliard, will be the soloist in Price’s Piano Concerto in One Movement. The work as we hear it is reconstructed from a manuscript for two pianos that had some some instrumentation indicated. The parts have been lost.

So far, the concerto is the only work by Price that Diehl has performed, but he is fascinated by her music and is planning on taking up more of it, including her Piano Sonata.

“She is not afraid to insert her own musical heritage as a black woman into the music, which is established as sort of Euro-centric music,” he said. “I mean its origins are in Europe. Of course Dvořák said at one time that it was important for American composers to use what they have in their own folk traditions, and have that incorporated into their works. That’s one thing, with Florence Price, although she’s highly influenced by many of the Romantic composers, you’re very aware that she is searching to incorporate her own native idiom into an established genre, an established idiom.”

You hear that mixture of styles in the Piano Concerto, Diehl notes, with touches of Brahms and Chopin in the first and second sections, respectively, then, as finale, a Juba dance, an African-American style once danced by slaves.

Diehl will also play Gershwin’s “Rhapsody in Blue” on the concert, and, as Price did in her way, add a bit of himself into it.

“That piece itself was written so quickly that Gershwin left room for improvisation,” Diehl explains. “Just because he didn’t have time to really complete everything that was in his head. I’ve even seen the score at the Library of Congress, and there’s a note to the conductor saying, ‘watch me,’ or ‘look at me’ or ‘pianist will cue.’ So I sort of take that opportunity to embellish and improvise.”

He doesn’t stray too far from Gershwin’s style, he assures, but it won’t be your average “Rhapsody in Blue.”

“I try to incorporate the themes that are present, the five or six themes that are in that piece,” he says. “I try to elaborate on those themes and keep it cohesive. I try not to meander and go off and do my own thing. It’s going to be my own interpretation, it’s not going to be Gershwin, because I’m improvising, but I do try to be as respectful as I can be to Gershwin and the melodies that he did write.

“And that also being said, Gershwin was highly influenced by stride pianists, James P. Johnson, Fats Waller, Art Tatum, Earl Hines, and I really try to nod my hat to the giants of American piano in my improvisations and incorporate stride piano playing for sure.”