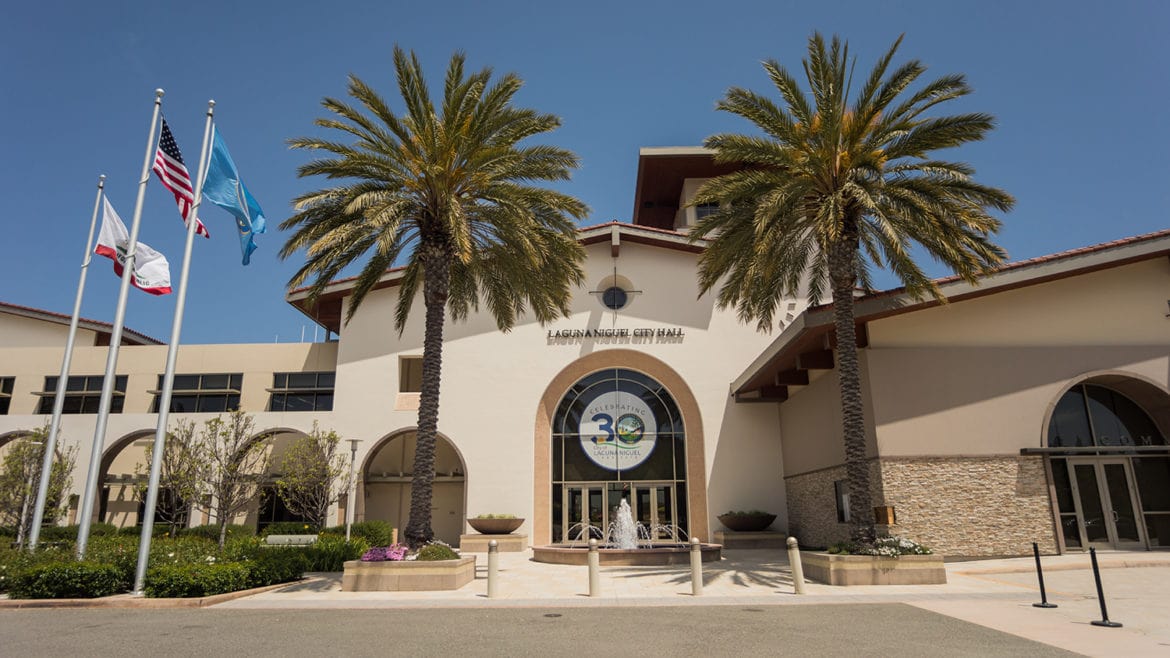 Laguna Niguel may become the first city in Orange County to ban the sale of all flavored electronic cigarette products, tapping into a national discussion on youth addiction to nicotine.

“The time has come for Laguna Niguel to stand up and do something,” said Mayor John Mark Jennings. “This is wrong; it affects our children…I want this to change, and I want the sale of flavored e-vaping products in the city of Laguna Niguel to be gone.”

At an October meeting, the City Council directed staff to draft an ordinance for its Nov. 5 meeting. Members of the community, including two local high school students, spoke out against vaping and the dangers it presents to the community. “This is a serious matter, and if we don’t stop it now, it will only get worse…I urge you to support the ban and help us limit this problem before it becomes any worse,” said Aliso Niguel High School ASB President, Zohal Noorzayee.

The Trump Administration announced in September a possible federal ban on the sale of flavored e-cigarettes, and a plan from the Food and Drug Administration is expected in the upcoming months. In the meantime, cities across the country are already taking action.

Electronic cigarettes have small “pods” of liquid substances which when heated, form into a vapor and are inhaled. Yet because manufacturers are not legally required to state the contents of each pod, many users are uninformed of their composition.

According to the National Institute on Drug Abuse, 66% of teenagers believe there is only flavoring in their e-cigarettes. But actually, tests show a high level of nicotine in each pod, along with other chemicals listed on the California Proposition 65 Warning.

According to JUUL, one of the leading e-cigarette companies in the United States, one pod contains as much nicotine as a pack of cigarettes. Because of this misconception, JUUL and other companies provide flavors such as Strawberry Milk, Mango, Strawberry Lemonade, and Crème Brule. But as of October 17th, 2019, JUUL announced a temporary halt on the sale of flavored pods.

This addiction has created a large problem, especially in schools. The Washington D.C.-based nonprofit Campaign for Tobacco Free Kids reported that “more than 3.6 million middle and high school students in the United States use e-cigarettes, accounting for about one-third of all U.S. e-cigarette users.”

The Center for Disease Control has found that 4.9% of these students are in middle school, while 20.8% are high school students. This addiction has driven students to vape during school hours, whether in the bathroom, hallways, or even during class.

Mayor Jennings is aware of the issue prevalent in the local school district, “We have children from the range of sixth grade to twelfth grade that have a two-pack-a-day habit…Here they are with a massive addiction that is probably taking over their lives.”

Aliso Niguel High School student Colin Okura spoke at the meeting to provide a student’s perspective: “You can go to the bathroom during passing period and I guarantee one person is vaping in there. What’s even worse, is some people vape during class. The problem at Aliso Niguel is so bad, there are jokes about renaming the boys bathroom, The Vape Lounge.”

Jennings also mentioned the possible installation of vape detectors at the middle school, where they are planning to put “monitors outside the restrooms so that children will be disinclined to vape in there.”

In December 2018, U.S. Surgeon General Jerome Adams declared electronic cigarette usage among young adults a national epidemic. As of October 22, 2019, 136 cases of VAPI, Vaping-Associated Pulmonary Injury, requiring hospitalization have been reported to the California Department of Public Health. Eighteen of these cases involved those between the age range of 0-18, with 11 being admitted to the Intensive Care Unit and eight requiring mechanical ventilation. Three deaths in California have occurred alone.

On June 17, 2014, Laguna Niguel banned the use of electronic cigarettes in recreational areas. In 2017, Laguna Beach became the first city to ban all smoking in public places, with Dana Point following shortly after.

Laguna Niguel school officials have been educating students and the public about the hazards of vaping. On October 22, 2019, a seminar on e-cigarette use took place at Niguel Hills Middle School for middle and high school students, along with their parents. With an overwhelming response from the community, Mayor Jennings is hopeful to regularly hold these sessions and expand them to other local schools.

“This will put us in the forefront of what I think is a very big problem,” Jennings said confidently.