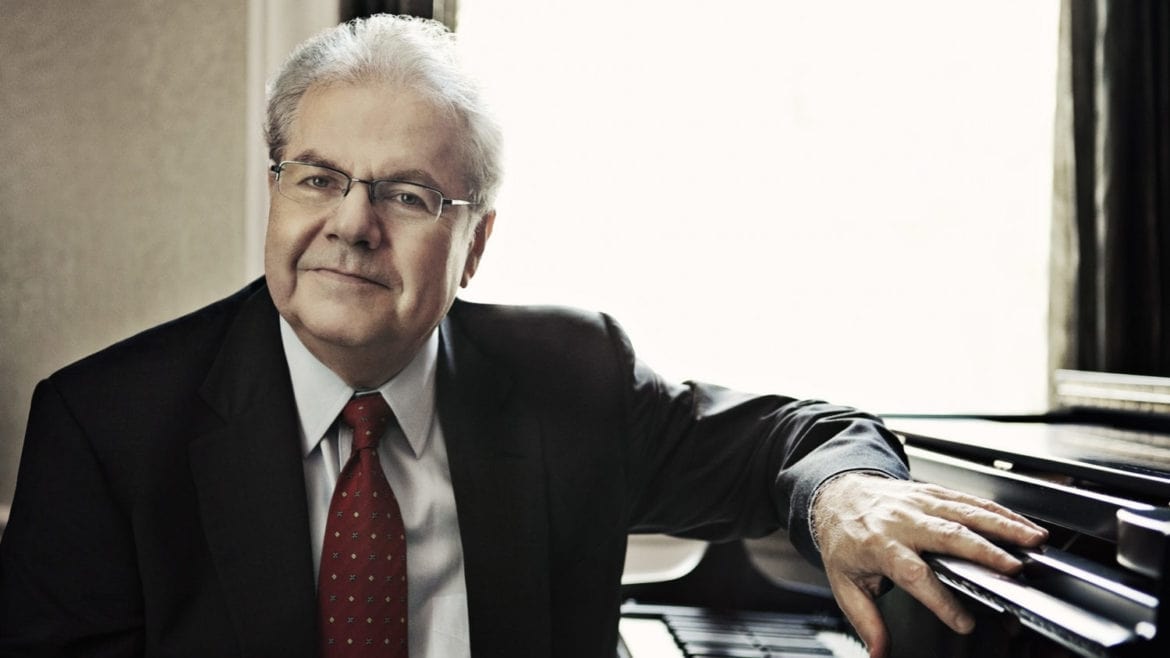 It’s 2020, in case you hadn’t noticed, which also means it’s a Beethoven year, the 250th anniversary of his birth. That means that the world of classical music will indulge in Beethoven festivals and complete cycles of symphonies, string quartets, piano sonatas and symposiums and what have you because the world of classical music can’t think of anything fresher to do and besides, it sells tickets.

Celebrating Beethoven is like giving tax cuts to billionaires. In fact, many listeners might not notice a difference in 2020 programming, so central is Beethoven in the repertoire anyway. A better way to pay homage to him — there’s no question he’s a great composer — would be with a year of silence, a moratorium on his music. On January 1, 2021, it would sound more vital than ever.

Anyway, that’s not going to happen.

The Philharmonic Society of Orange County launched its “[email protected]” series in earnest Tuesday night, with a piano recital at Segerstrom Concert Hall featuring Beethoven and nothing but. The Society’s series, which carries over at least into the first part of the 2020/2021 season, will include, among much more, a complete cycle of the nine symphonies played by various visiting orchestras and a complete cycle of the violin sonatas, played by Midori and Jean-Yves Thibaudet on Jan. 31 and Feb. 2.

Tuesday night the pianist was the estimable Emanuel Ax. Single composer programs are generally difficult to make work (the listener needs more variety), but Beethoven can sometimes be an exception, since he went through three distinct stylistic periods. Ax, however, took that card out of his hands, opting for a program of all early Beethoven (with one brief exception). He’ll perform the same program in several other venues this season, including Carnegie Hall in May, as well as a lot of other Beethoven everywhere (such as the Piano Concerto No. 3 with the LA Phil this weekend).

The focus of the program was the three sonatas of Op. 2, written in 1795 when Beethoven turned 25 and dedicated to his teacher, Joseph Haydn. Around these Ax interspersed shorter works, including the famous “Für Elise,” (dating to 1810, so technically not early), the Five Variations on “Rule Britannia,” and the Six Variations on an Original Theme, Op. 34.

Listeners are usually encouraged to listen to early Beethoven in two ways: 1) as a departure from the Classical models of Mozart and Haydn, and 2) as a preview of things to come. Both ways have their merits, and aren’t mutually exclusive, but they only go so far. In the moment, you usually feel that you’d like to hear some Mozart and Haydn to compare it to, and some examples of what the previews led to.

So, a listener is left pretty much with the music at hand. And none of these works are top drawer Beethoven, the non-sonatas here slender stuff indeed, the three sonatas all worthy (with Op. 2, No. 3 clearly the most interesting) but not nearly the best that the composer did in the genre. All gathered together, it made for a neat package, but a strangely unsatisfactory listening experience.

Ax once more proved the consummate musician, though, and continuously offered compensation. His playing showed deep understanding of the rhetoric and form, with decisive phrasing, varied colors and articulations, a wide range of dynamics. He very subtly underlined the main argument and equally subtly subdued the subsidiary material so that I sometimes felt, pleasurably, that I was listening to one of those old study scores with the highlighted musical staves. Ax was our guide through the rugged and intricate terrain of early Beethoven.

He could be a bit mild-mannered, however. Everything was beautifully voiced, even the fortissimos, and warmly hued. One missed, just here and there, the sense of the young Beethoven as he has been described, showing off his virtuosity, temperamental and tempestuous, not averse to exaggeration for effect, with Haydn quietly tsk tsking on the side.

The audience asked for an encore and got one, a waltz (Op. 34, No. 2) by a composer who, ha, ha, didn’t have a high regard for Beethoven’s music … Chopin.