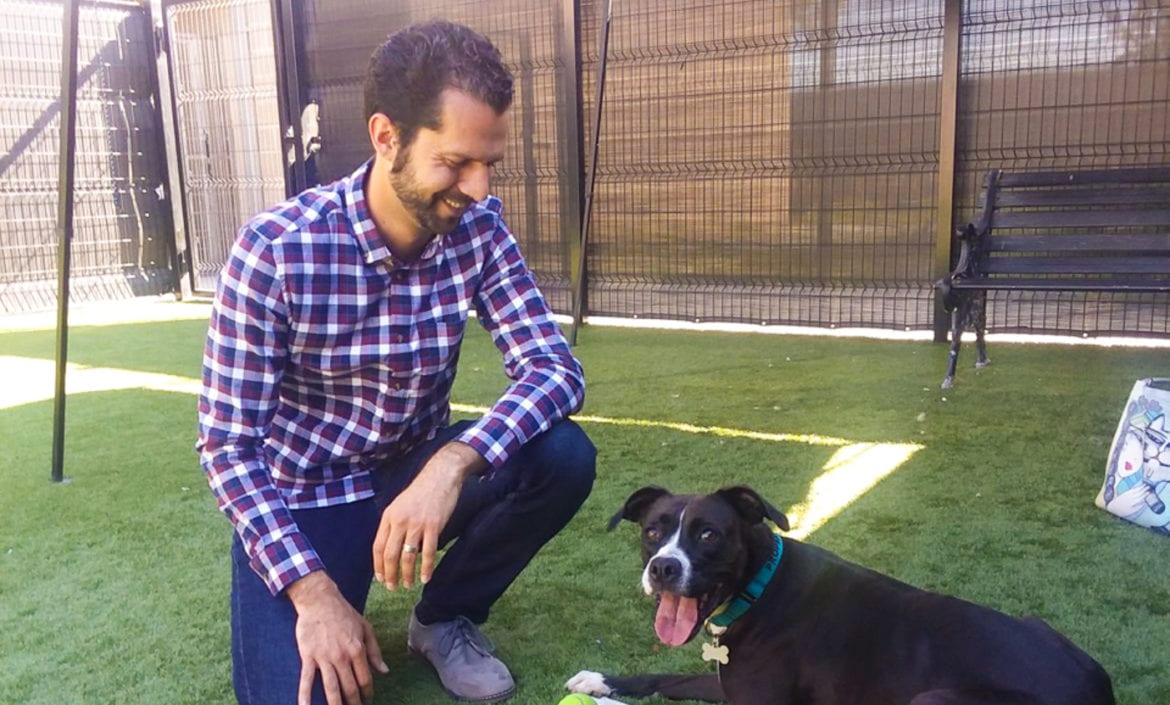 The head of Orange County’s animal services resigned on Christmas Eve and moved to a Colorado-based nonprofit, following controversy over the county shelter allegedly failing to disclose bite histories when adopting out dogs.

Michael Kaviani, who started as OC Animal Care’s director in August 2018, said he was leaving for a new position “that will allow me to make a much more rapid and immediate impact on the lives of shelter pets,” with Dogs Playing for Life, a national nonprofit based out of Colorado that advocates for animal playgroups in shelters rather than constant isolation in kennels.

The county animal services agency has faced controversy for years, including a 2015 grand jury report that found poor leadership contributed to rat infestations at the county’s then-shelter and dead animals being left near homes for days after being reported to animal control.

Kaviani received praise from some animal advocates, with former Lake Forest Mayor Jim Gardener describing him as a “moving force” in the county to establish new policies helping stray pets.

His tenure was not without controversy.

According to that report, of 32 dogs with violent histories, only nine had warnings on their kennel cards and the other 23 had no warnings about previous attacks.

Kaviani responded at the time by saying the bite histories were not provided because staff “don’t put all the negatives” out for public display, but that their policy is to tell people about bite histories before they adopt.

“When you’re dating, on the first date, do you say all of the things you’re really trying to work on as a human being? No. You’re not airing that on a first date. Are you lying about that? Absolutely not,” Kaviani said.

Gardner, the former mayor and animal advocate who has criticized the county in the past, spoke highly of Kaviani’s handling of animal services.

“He did a great job, he was by far the best director we’ve had in decades,” Gardner said in an interview Thursday. Gardner also said that it was a “big loss” to the department and expressed hope that his replacement would continue Kaviani’s work.

A new law took effect Jan. 1 requiring shelters to disclose to prospective owners a dog’s history of any known bites that broke through skin. Shelters that don’t comply can be fined up to $500 per incident.

OC Animal Care is also currently being sued by a group of Orange County animal rescues for their use of policy – known as “Return to Field” – that neuters and returns stray cats to the streets, instead of sheltering them for adoption.

County officials received a cease and desist letter Oct. 4 from attorney Christine Kelly seeking to stop the Return to Field policy. A lawsuit filed by Kelly says the shelter is carrying out “an illegal application of the Return To Field program” and “abandoning thousands of healthy adoptable cats and kittens onto the streets.”

OC Animal Care’s public information officer, Jessica Novillo, did not respond to Voice of OC’s requests for comment on the Return to Field program.

She previously described it to the Daily Pilot as a “long-standing program aimed at not only reducing the stray population of community cats over time, but also to help decrease the in-shelter euthanasia of these cats by giving them an additional potential live-outcome option.”

Following Kaviani’s Christmas Eve departure, the interim OC Animal Care director has been Andi Bernard, a human resources manager at OC Community Resources, which oversees OC Animal Care and several other county agencies.  She is not a staff member of the animal care agency.

Recruitment for a county executive position often takes months before a replacement is hired, and the county apparently did not start the recruitment process to replace Kaviani until after he left.

In a statement, OC Animal Care said Bernard is “knowledgeable of staff and operations,” and that “under her leadership, OC Animal Care will continue to be guided by its strategic plan, and a recruitment will begin immediately for a permanent replacement.”

No timeline was given in Kaviani’s resignation or the statement announcing the interim director for when a potential replacement would be chosen or announced.

Orange County District Attorney officials confirmed Thursday they’ve been looking into OC Animal Services, while declining to specify what or who it’s about.

“We are looking into any potential issues over there,” said DA spokeswoman Kimberly Edds. “We requested some documents from Animal Care but haven’t received them all yet.”

Noah Biesiada is a Voice of OC news intern. Contact him @[email protected] or on Twitter @NBiesiada