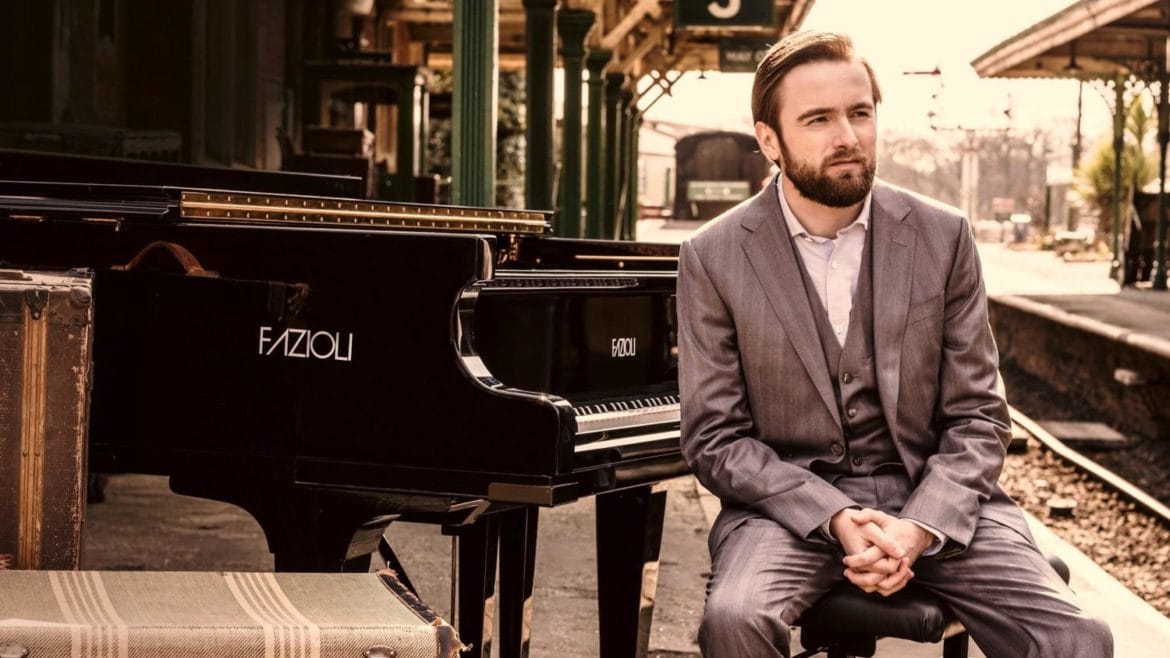 Hyperbolic statements, particularly in the arts, should be met with a healthy dose of skepticism. A good question to ask when you hear someone refer to an artist as the “greatest” or the “best,” is: “What are you selling?” As Carl Sagan once said, extraordinary claims require extraordinary evidence.

In the case of pianist Daniil Trifonov, though, resistance only goes so far. Eye-popping endorsements from the likes of Martha Argerich (“He has everything and more…I never heard anything like that”) and The Times of London (“Without question the most astounding pianist of our age”) may sound a bit like P.T. Barnum – we live in a world of the most incredible, most amazing, best ever – but a few seconds listening to his work and the cynicism can safely be put away.

It’s not so much that one needs to measure him against a field with other virtuosi (“most astounding” compared to who?) but that the sheer force and conviction of his musicianship are sufficient on their own. He’s a pianist who, in performance, makes you forget there are others. “Who is the greatest living pianist?” is a ridiculous and unanswerable question but watch him in action and it’s hard to imagine anyone drawing out more from the music at hand.

From his triumph at the 2011 Tchaikovsky Competition in Moscow (Gold Medal, the Audience Award, and the Grand Prize), it’s been a near unbroken series of successes. Named Gramophone’s Artist of the Year for 2016, and Musical America’s Artist of the Year for 2019, there isn’t a major orchestra he hasn’t appeared with, a major conductor he hasn’t collaborated with, a major concert hall that he hasn’t held spellbound. That, plus a busy chamber music career and a commitment to composition (he premiered his own piano concerto with the Cleveland Institute of Music in 2014), and the raw facts give a pretty good idea of the level of artistry and his probing and curious mind.

Currently the New York Philharmonic’s artist-in-residence, he is on an international concert tour through June, and Orange County listeners have an opportunity to witness this force of nature themselves as the 28-year-old Russian comes to the Soka Performing Arts Center on Sunday, February 9 with an all-Bach recital, courtesy of the Philharmonic Society of Orange County.

Trifonov has made his reputation with massive, virtuosic Romantic showstoppers – his recording of Liszt’s Transcendental Etudes brought him the Grammy for best instrumental solo album of 2018 – and the rest of his catalog is heavy with sprawling, knuckle-busting Chopin, Scriabin and Rachmaninoff. That says plenty about his stamina, muscularity, ferocity and sense of drama.

But Bach – albeit Bach arranged by Brahms, Rachmaninoff, and Liszt – has also played a critical role in the pianist’s development, and it’s an all-Bach program that he brings to Soka. That says plenty about his communicative range. Brahms’ arrangement for left hand of Bach’s Chaconne in D minor from the Partita in D minor for unaccompanied violin places extreme demands on the performer’s precision, emotional transparency, and capacity to hold a taut melodic line. Trifonov’s rendition – readily available online – shows compelling force, undergirded by a magisterial Baroque temperament.

Closing the recital is Bach’s masterful The Art of Fugue. Published posthumously, it is an incomplete composition for unspecified instrumentation, representing Bach’s final thoughts on the compositional form that’s almost synonymous with him.

There are also very few performance indications in the score, meaning performances are by definition highly personal, left to the musician’s interpretive vision and character. Expect the performance to reveal Trifonov’s full range of gifts.

Peter Lefevre is a contributing writer for Arts & Culture at Voice of OC. He may be reached at [email protected].