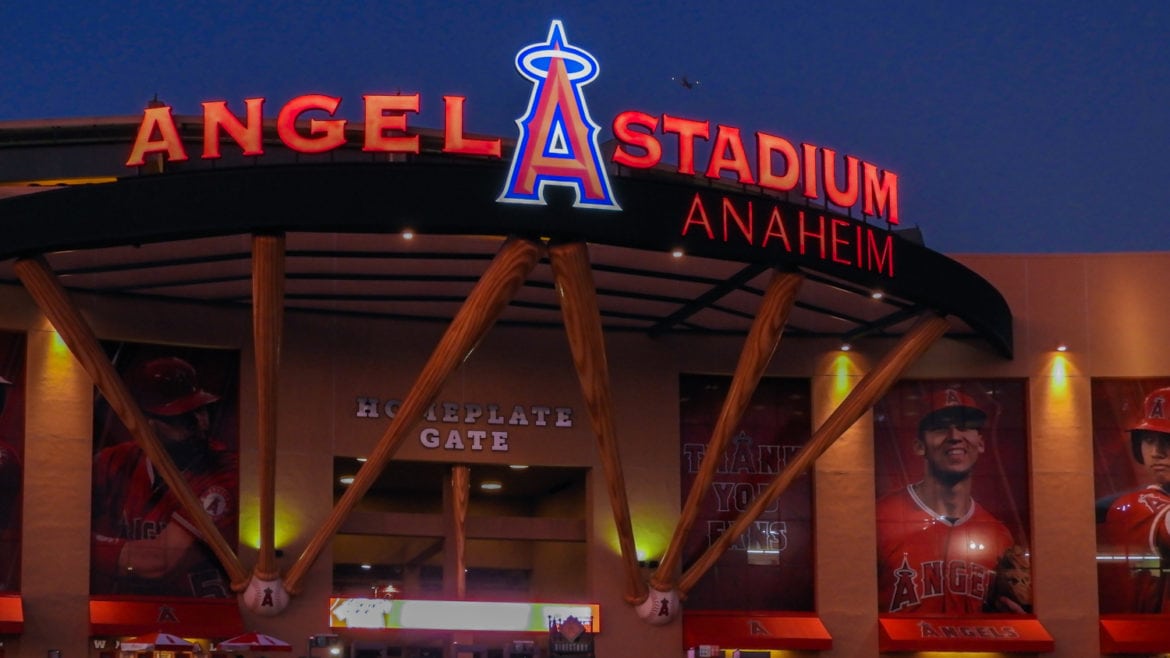 An Orange County Superior Court judge is being asked to review the secrecy surrounding the Angel Stadium negotiations, which led to a land sale, after a community group filed a lawsuit against Anaheim for allegedly breaking state transparency laws.

The lawsuit is looking to overturn the land sale vote and have Anaheim City Councilmembers redo the entire process in public.

“The decision to sell public property must be made by the City Council at a public meeting. Instead, … the decision to sell the property was made entirely outside of public view. The final vote on December 20th was nothing more than a rubber stamp of the secret negotiations,” reads the lawsuit.

The suit was filed Feb. 28 by the People’s Homeless Task Force, an activist group that routinely advocates for homeless people at Anaheim City Council meetings, county Board of Supervisor meetings and various other city council meetings throughout the county.

As of Monday, city officials said they hadn’t seen the lawsuit, but stood by the process.

“We have not seen a lawsuit. We stand by our process, which spanned a year of public comments, updates, briefings and discussions for our City Council, as well as extensive sharing of information. We welcome debate and discussion, but we reject the assertions being made here,” wrote Anaheim city spokesman Mike Lyster in a Monday email.

The Task Force argues the decision to sell the land, along with specifics within the deal, was done outside of the public eye and violates the state transparency law, the Ralph M. Brown Act.

Very little was said about the stadium or what Councilmembers were looking to get from negotiations leading up to the Dec. 4 announcement. The only time Councilmembers publicly talked about what they wanted to see from stadium negotiations before the Dec. 20 land sale vote was a vague August discussion, which centered around market-rate prices for rent or a land sale and no public subsidies.

She initially sent a demand letter Jan. 19, alleging the city illegally approved the deal and demanded a redo of the process in public meetings.

But the city’s Feb. 13 response from the City Attorney’s office disputed all the allegations.

“Because no evidence of a Brown Act violation has been presented, the City is not in a position to modify any of its actions,” reads the response.

“Third, you speculate that a majority of the City Councilmembers must have met to discuss the sale of the Stadium Site prior to the [Dec. 20 public hearing] given an alleged ‘lack of surprise or inquiry about the sale’ … there could be a myriad of reasons for an alleged lack of surprise/inquiry, which do not involve a Brown Act violation,” reads the letter.

The starting price is $325 million for the 123-acre stadium land and the buyer is SRB Management, a freshly minted company whose only known member is team owner Arte Moreno. The final price could be millions of dollars lower, depending on what community benefits are negotiated.

Angels representatives won’t disclose who else is part of the company and city officials said they don’t know who else is on the roster.

Aviles’ letter and the lawsuit argue councilmembers violated the state’s transparency law because the 1953 Ralph M. Brown Act limits private discussion of any sale of public property to “price and terms of payment” for the sale of the land.

“Everything else about the proposed $325 million sale of the stadium and the 153-acres of land around it as well as any general agreements about how to develop the area around it, the next six months of negotiations or the Angels committing to staying in Anaheim had to be discussed in public session to be legal under state law,” Aviles argues.

The city stood by the 4-2 decision to sell the land. Councilmembers Denise Barnes and Jose Moreno (no relation to Arte Moreno) dissented and Councilman Jordan Brandman was out sick that day.

“…the lack of transparency surrounding the deal seems to have been orchestrated with an intent to keep interested members of the public, and even dissenting Councilmembers, in the dark,” reads the lawsuit.

Councilman Jose Moreno previously told Voice of OC he’s convinced the Council majority broke state transparency laws and secretly spoke with each other leading up to the land sale.

“Let’s just say that, it’s very rare that I’ve come into situations, even among like-minded people, that no questions are asked or other options are pushed,” Moreno said.

Nobody seemed concerned over the land sale, first presented to the Council during the Nov. 19 closed session and Councilmembers “asked very limited questions, most did not look surprised. There was no real substantive discussion of deal points, which I think is good under closed session,” Moreno said.

In her demand letter, Aviles’ specifically called out the Angels’ 30-year commitment to stay in the city and the move to sell the stadium as items that should have been publicly discussed.

“The pros and cons of the decision to sell vs. lease public property and the ultimate decision to sell the property must be agendized as an open session item for discussion. Many of the terms included in the Purchase and Sale Agreement and the Fact Sheet, released prior to the December 20 special meeting, would not be permitted to be discussed in closed session either,” states the letter.

The lawsuit also alleges the city’s negotiating team, consisting of Mayor Harry Sidhu, City Attorney Rob Fabela and City Manager Chris Zapata, falls under transparency law because a Council vote was taken to put Sidhu on there. The team only met with the Angels negotiators three times before the Dec. 4 land sale announcement.

Councilmembers only talked about the stadium deal twice in closed session, according to meeting agendas. The first discussion happened on Nov. 19 and another discussion Dec. 3, the day before the land sale proposal was released.

“The City Council’s [Dec. 20] Resolution and approval of the Purchase and Sale agreement were the direct result and reflective of the illegal discussions, negotiations and actions taken by a majority of the members of the City Council, as described above, and thus, should be declared null and void by this Court,” reads the lawsuit.