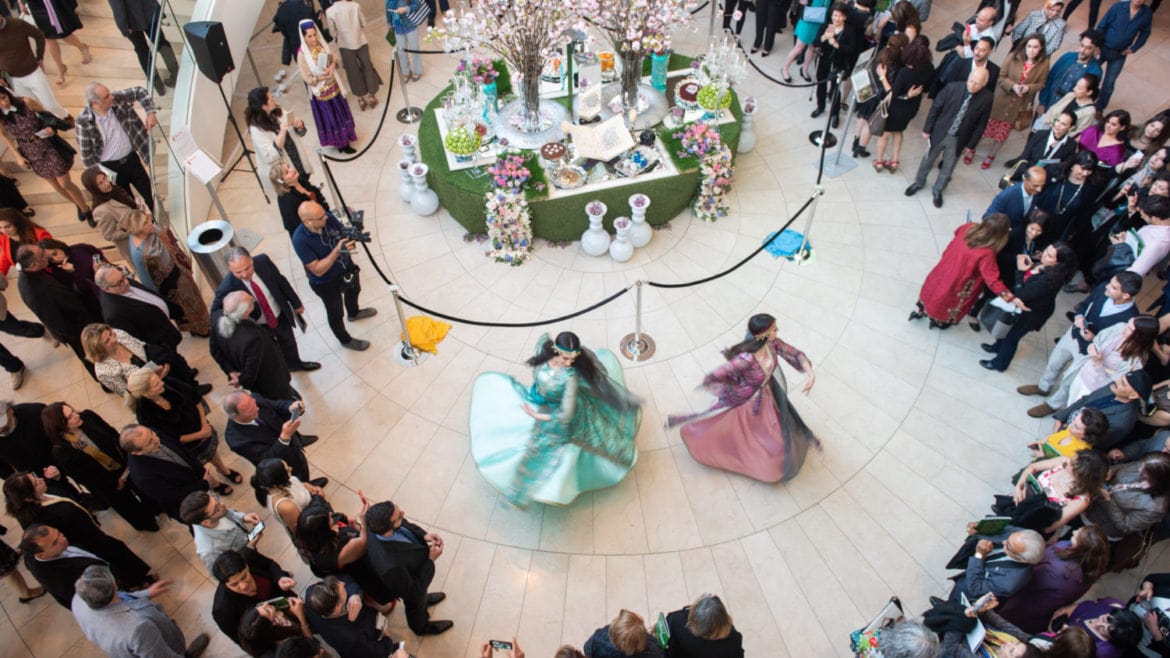 Pacific Symphony's Nowruz concert extends beyond the concert hall. Last year, dancers entertained guests in the lobby before the concert.

UPDATE as of March 12, 2020:  The Pacific Symphony has postponed all concerts through March 31 including the Nowruz concert mentioned below.

For millions around the world who celebrate Nowruz, the Persian New Year, the tradition is about more than dusting carpets and cleaning house; it’s about renewal and hope for a more fruitful year.

Leading up to the arrival of the vernal equinox on March 19, marking the official arrival of spring, Persians and others who celebrate the occasion will be busy with many different Nowruz preparations: tidying their homes, purging their belongings and setting up a “haft-seen,” a space that includes items representative of their hopes and aspirations for the new year.

Pacific Symphony’s concert, however, is still on for now.

Pacific Symphony is bringing back Shahram Nazeri and his son Hafez Nazeri for another celebratory concert in honor of the Persian New Year. Though this Nowruz festival is characterized by suits and classical instruments, it aims to celebrate culture through the universal language of music.

Shahram Nazeri is an award-winning singer, credited with being a key influencer in exposing Western audiences to Classical Persian music, Sufi music and the poetry of Rumi, a 13th-century Persian poet. Hafez Nazeri followed in his father’s footsteps and became one of the most prominent new composers to have garnered attention on an international level.

The Nazeris became pioneers of their art, making a fundamental impact on the Western world by spreading affirmative messages through their Persian and Sufi music. Their accomplishments work well with the themes of the Persian New Year, which promote peace, prosperity and the concept of rebirth.

If a formal evening in a concert hall  is your scene, make sure to grab a ticket before seats run out for this highly anticipated concert.