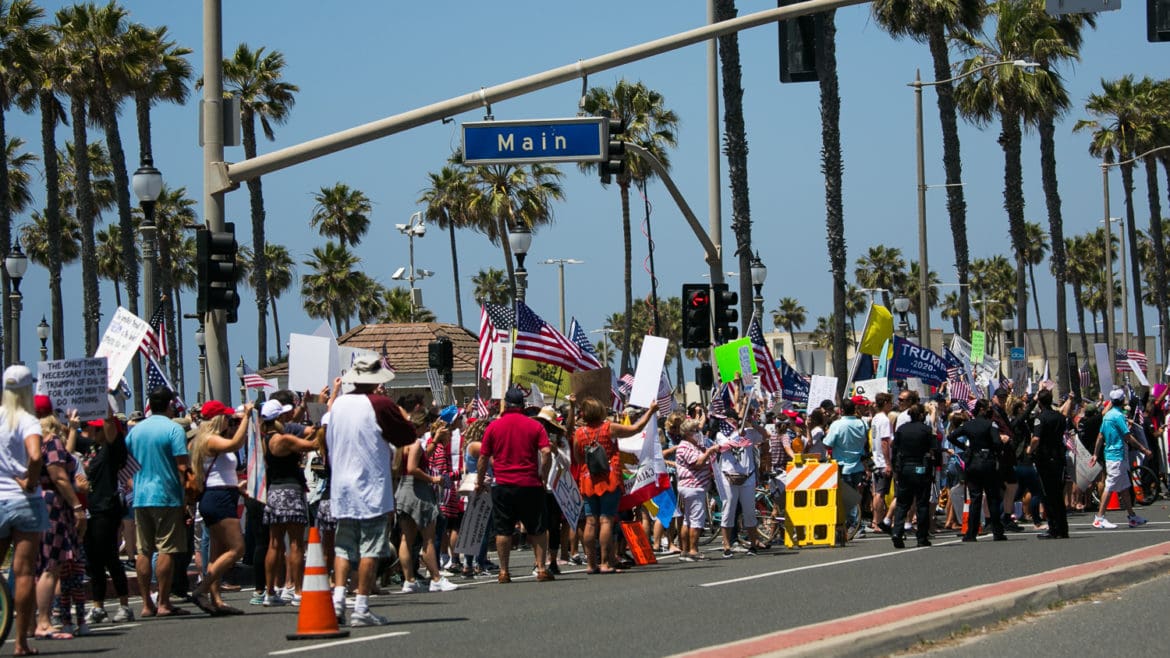 A judge declined to issue an immediate order Friday blocking Gov. Gavin Newsom’s closure of beaches in Orange County, after hearing from the cities seeking the order and attorneys for the state.

In his decision a few hours after the lawsuits were filed earlier Friday, Judge Nathan R. Scott of Orange County Superior Court said at an early stage of a case, courts often look to maintain the status quo until a full hearing, which he set for Monday, May 11.

“In this case, the status quo appears to be that the governor’s order is in effect, which would weigh towards receiving full briefing before making any changes to that,” Scott said at the end of Friday’s hearing, which was held by conference call.

“But even if that isn’t properly the status quo, based on what information I do have at this early stage, a balancing of interests and harms on both sides would tilt in favor of declining to intervene against the governor’s order, and in favor of giving priority to protecting against the threat to public safety posed by COVID-19.”

The decision came in response to two lawsuits filed requesting temporary restraining orders against the governor’s closure of all beaches in Orange County.

One lawsuit was filed the cities of Huntington Beach, Newport Beach and Dana Point, and the other was filed by Harmeet K. Dhillon, an attorney and former vice chairwoman of the California Republican Party.

During oral arguments, Dhillon said the governor was overreaching and infringing upon constitutional freedoms.

“It could not be plainer that this is an abuse of the governor’s discretion,” Dhillon said.

“Our local control, especially as a charter city, should not be eviscerated or eroded simply because the governor from a podium…tells a city that they have to shut their beaches,” Gates told the judge.

The state’s lead lawyer said the state’s Emergency Services Act gives broad authority to the governor to protect public health, and that people continue to get sick and die from the virus.

“The governor clearly has the authority to take action, to protect the public health,” said Mark Beckington, a supervising deputy attorney general.

Scores of residents protested Newsom’s stay home orders in Huntington Beach on Friday and called on him to reopen the beaches and the economy. 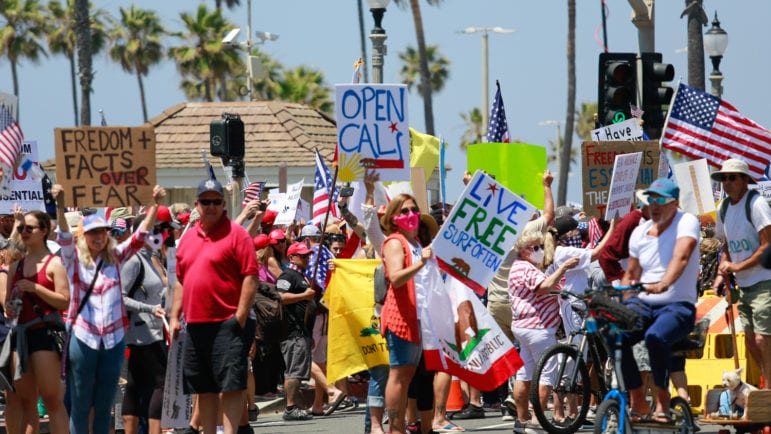 Many protestors demanded the governor ease back the stay home orders so they can get back to work. Some said the virus’ danger was overplayed, and other said it is simply a hoax.

“We should be rewarding our communities for practicing safe social distancing and not punishing them by only closing down Orange County beaches. This is unacceptable,” county supervisors’ Chairwoman Michelle Steel said at a Thursday news conference.

“This is a clear attack on Orange County and revenge on our local elected officials pushing back on his draconian shut down measures,” the Republican Party of Orange County added in a news release Thursday.

Newsom said Friday he supports people’s democratic right to disagree with him, and that he asks that they do so safely.

“As it relates to the protesters, all I ask for is this – and that is, take care of yourself, wear a face covering. Do justice to physical distancing. You don’t want to contract this disease,” Newsom said, adding the coronavirus has killed about 2,000 people statewide.

“Democracy is not about just standing still and standing pat. It’s also about free expression. And so I also applaud that, and thank everybody for their willingness to do it. All I ask is just do it safely, do it thoughtfully – not just for yourself, but for your neighbors and for others, and be an example in that respect.”