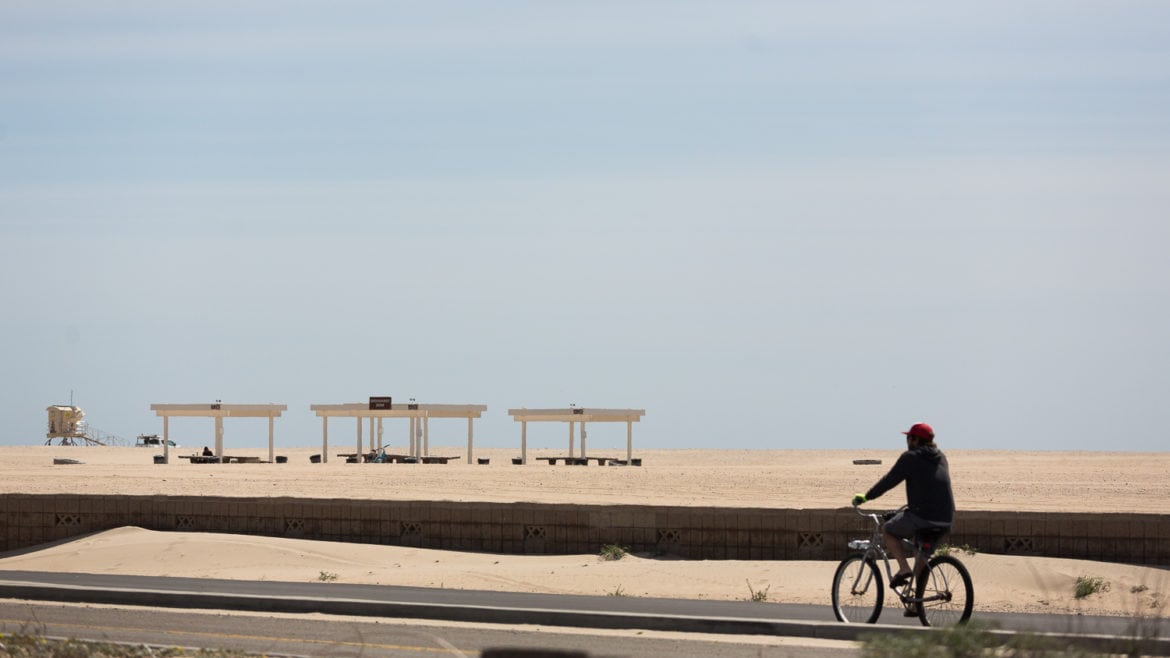 A state regional water board is drawing public criticism in Orange County for holding meetings on a controversial  desalination plant in Huntington Beach, while public participation can only be done virtually amid the coronavirus health crisis.

The Santa Ana Regional Quality Control Board is meeting this morning to hold a public hearing on Poseidon Water’s request for a permit renewal for their facility, which would be built on 12 acres of a power plant and produce 50 million gallons of water per day, according to water district staff.

The project has remained controversial for years over what critics say will be drastic environmental damage and increased water rates. The approval process for Poseidon Water’s proposal has been marked by legal disputes, permit crusades and lobbying campaigns paid for by the company.

A vote on the proposed permit renewal is scheduled for a Special Board meeting on July 31.

At today’s meeting, staff will talk about two issues: the need for the seawater desalination facility and the marine life mitigation plan, according to water board spokesman George Kostyrko.

Andrea Leon-Grossman of Latino environmental activist group Azul noted concern with the fact that the public comment process is essentially happening online only, and that under normal circumstances, public input would have had more of an effect if people were speaking at meetings in person.

She also expressed concern with the fact that the meeting was happening in the morning, between “9-5 hours” when many members of the public who would be impacted by a decision on the plant — namely, non-English speaking people — were out at work, or while disadvantaged communities “don’t have good WiFi access or the technology to participate.”

“This is fairly new territory for all of us. We have to adapt to a new reality, but I just was hoping that the regional water board would understand the challenges of this new world,” she said in a Thursday phone interview.

The water board’s executive officer, Hope Smythe, said in a written statement that while the agency understands “the desire of the public community to meet in person,” it also believes that the government “needs to continue to function and the Board needs to carry out its duties.”

“Conducting board meetings via video is authorized under the applicable open meeting laws and under the Governor’s executive orders. By conducting meetings by video, the Santa Ana Water Board can continue to conduct the State’s business while ensuring that social distancing requirements are met,” she said.

Rachele Huennekens, senior program director for social justice group Resource Media, said over the phone Thursday that while governments holding meetings over video chat is “totally reasonable,” the Poseidon desalination plant is an example of controversial issues that need to be put on hold until the public is able to get more hands-on, tangible participation.

There is a “low-income and digital divide” among members of the public who can engage with the water board through virtual meetings, she said. “It’s such a controversial project that we don’t want this to get lost in the shuffle.”

The meeting will take place at 9:00 a.m. and will be live streamed here. Members of the public who want to make comments will be able to via the video chat software, Zoom.

Smythe said Spanish language translation services will also be provided through zoom. Instructions on how to access the translation can be found here.

Brandon Pho is a Voice of OC staff writer and Report for America corps member. Contact him at [email protected] or on Twitter @photherecord.