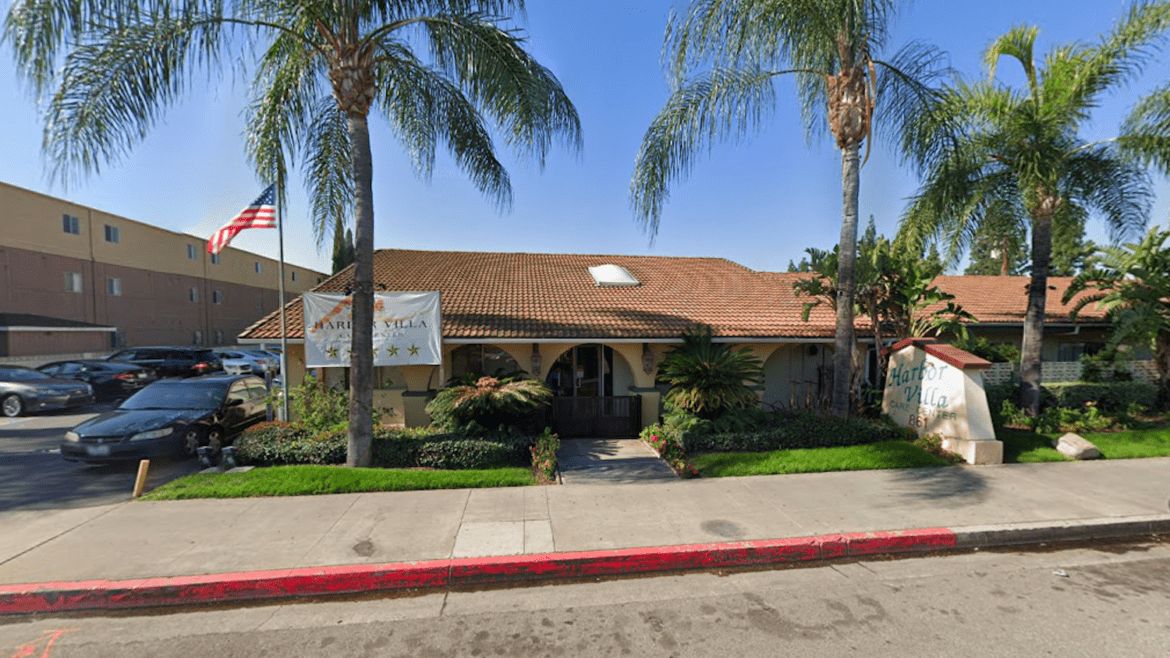 The Harbor Villa Care Center, an assisted living facility in Anaheim, was one site of a COVID-19 outbreak, according to the county's Medical Health Operational Area Coordination (MHOAC) report.

But it’s more complex than that, according to other public agencies’ emergency services reports and health experts.

There are as many as 35,000 local seniors in long term care facilities that face similar risks.

Among the 1,560 total cases across those facilities with outbreaks, 1016 patients or “residents” and 544 staff have been infected, according to the report.

Yet the county’s main information page set up for the public paints a much smaller picture.

Not only are COVID-19 infection numbers limited to skilled nursing facilities on that page, but the numbers only account for those facilities’ patients — not staff. That page only reports 866 total nursing home patients infected, with 98 deaths among them.

Where skilled nursing facilities tend to focus on around-the-clock medical and rehabilitative care to sicker patients, assisted living and care home facilities are typically smaller and serve the elderly who need help with everyday activities but aren’t as ill and have their own rooms, according to the National Institute on Aging.

While there’s a difference, they all fall under one category known as “Long Term Care Facilities.”

There are at least 75 in Orange County in total, and more than 35,000 people are admitted to them each year, according to this county webpage.

Other congregate living environments not accounted for in county data include homeless shelters.

Outbreaks have occurred in at least two of the county’s homeless shelters, which often house homeless seniors and people with disabilities and existing health conditions. 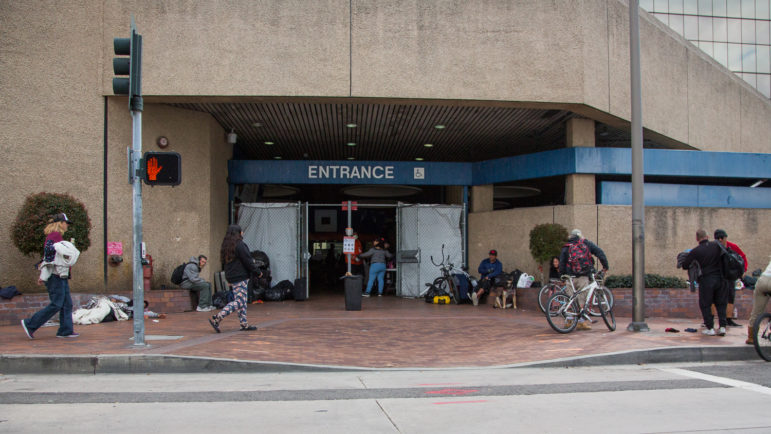 The Courtyard, a homeless shelter, in Santa Ana’s Civic Center on March 18, 2020.

Larry Haynes, executive director of the nonprofit homeless shelter operator Mercy House, said that while currently the county’s moved the elderly and vulnerable populations to motel rooms as part Project Roomkey, “a day is gonna come when that ends and we’re gonna have to go back to some sort of, more of a traditional shelter and housing model, but for right now that’s what they’re doing.”

In the middle of May, an outbreak occurred at the Fullerton Armory’s replacement shelter at Independence Park, according to county officials, who also reported one before that occurring at the Salvation Army shelter in Anaheim, where two staff members tested positive for coronavirus in late March.

County CEO Frank Kim in a Thursday news conference described the outbreaks as “minor,” saying that “while we have had outbreaks, they have been fairly low in number — many of the shelters house up to 200 or more individuals, and infections as far as I’m aware of were generally below 10 people.”

Asked about the gaps in data, county officials on Thursday told reporters they were working on updates to their public information website, but said little beyond that.

County Health Care Agency Director and newly-appointed Public Health Officer Clayton Chau said the website is currently getting “a face lift,” though officials didn’t respond to questions about the scope of the data’s assessment of the virus’ toll on congregate living environments.

“We have made some adjustments that already and there will be further changes to come in the future,” Kim said during the news conference.

Certified anesthesiologist Paul Yost — who also serves on the board of Orange County’s multi-billion dollar health insurance plan for the poor and elderly, CalOptima —  said the types of facilities in Orange County hit by the virus vary in terms of the senior care they provide. “They’re not homogeneous.”

But while there’s a “whole different range of situations where patients live,” Yost said they’re brought together by “one characteristic — the vulnerability of their patients.”

At one skilled nursing facility in Brea, known as Kindred Hospital, nurses as early as March were requesting additional personal protective equipment and safety measures from administration, according to two clinical staffers who spoke to Voice of OC on the condition of anonymity.

Fast forward to May 21, healthcare organizers and clinical staff were ready to hold a  socially-distanced protest outside the hospital, according to Matt Artz of the National Union of Healthcare Workers (NUHW), but called it off after winning a few concessions from management around COVID-19 safety.

Despite bosses committing to weekly labor-management meetings on improving personal protective equipment supply, staffing and testing — as well as a pay increase — the clinical staffers who spoke to Voice of OC in late May said issues remain unresolved.

Typically, the facility cares for older patients who go there for rehabilitative or transitional care when they get out of a hospital, but are too sick or debilitated to go to a nursing home, according to staff.

Services include wound closures after surgeries, pulmonary hygiene and suctioning, and IV drip therapy, according to its website.

One of the clinical staffers at Kindred said a lot of times, their patients are “so ill they usually end up passing at our facility.”

“We’ve had patients there for a year, a year-and-a-half. Some are still too sick to go home if they’re off life support,” the staffer said. “There’s two people per room – similar to a nursing home, but our patients are sicker. Around 90 percent of our patients do not live on their own.”

All facilities offering long term senior care, Yost added, are a “major set up for COVID-19.”

Brandon Pho is a Voice of OC staff writer and corps member with Report for America, a GroundTruth initiative. Contact him at [email protected] or on Twitter @photherecord.