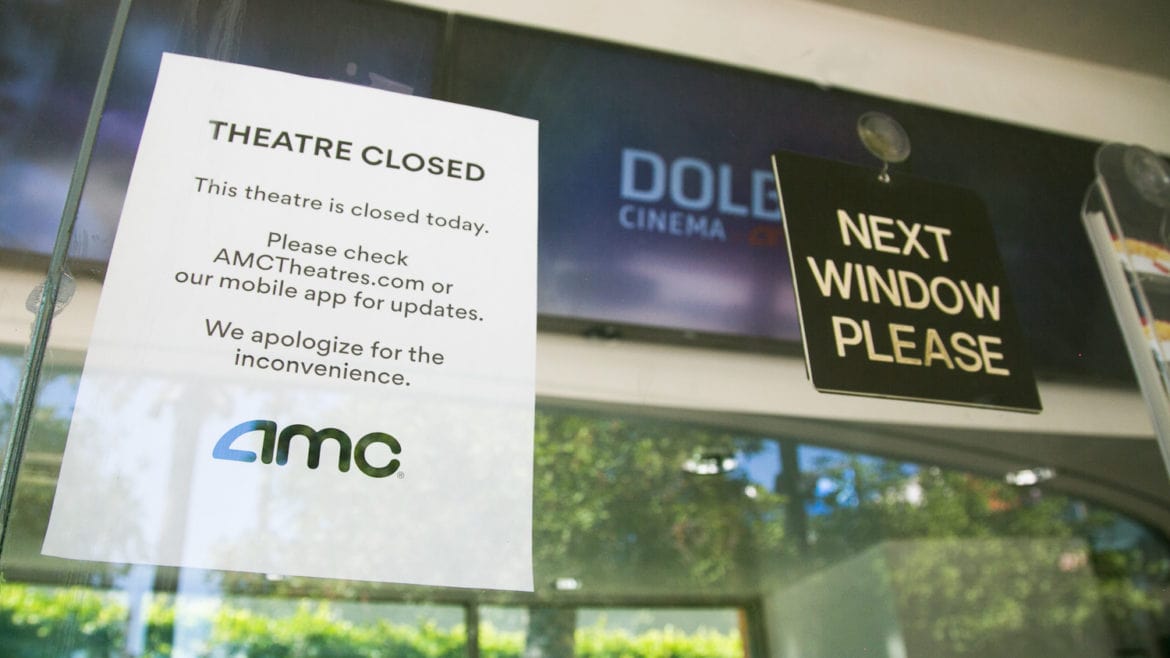 The AMC theater at the Outlets at Orange, which was closed before the Fourth of July Weekend.

Newsom’s orders apply to all counties on the statewide watchlist, like OC and effectively closed the businesses and churches because their indoor operations are halted. Non-essential office businesses are also ordered closed, forcing employees to work from home again.

“The consequence of the increased positivity rate, the increased hospitalizations and ICUs … today we are announcing additional statewide actions,” Newsom said at a Monday news conference.

Bars and indoor dining restaurants were already closed, along with indoor movie theaters, before the Fourth of July Weekend, following orders from Newsom and OC interim health officer Dr. Clayton Chau. Most OC beaches were also closed for the holiday weekend.

The Governor’s orders come on the heels of rising hospitalizations in OC, which some doctors and epidemiologists have called unsustainable.

Earlier this month, Newsom created “strike teams” to enforce statewide health orders, which are made up of a slew of regulatory agencies and backed by the California Highway Patrol.

And Newsom, with backing from the State Legislature, can withhold a county’s share of $2.5 billion in state funding, aimed at programs like food stamps and welfare, if a county disregards state orders.

The Orange County Health Care Agency is working with state and federal government officials to bring in more health care workers, like critical care nurses and doctors, to help handle the incoming wave of coronavirus patients.

“OC HCA is working with the government (State and Federal) to attempt to procure staffing for stressed hospitals. There is no specific ETA at this time,” said HCA Emergency Medical Services Associate Director, Dr. Gagandeep Grewal, in a Monday email.

Although hospitalizations slightly dipped over the weekend, the number has gone up over a two week period.

OC has seen a 27 percent increase in hospitalizations over the past 14 days, according to data from the California Department of Public Health.

Meanwhile, the virus has now killed 424 people out of 25,255 confirmed cases, according to the Orange County Health Care Agency.

Hospitalizations are holding steady from the weekend, which featured a slight drop from recent weeks.

As of Monday, 674 people are now hospitalized, including 235 in intensive care units.

Nearly 315,000 tests have been conducted throughout the county, which is home to roughly 3.2 million people.

Grewal said the state’s health corps, which is aimed at bolstering hospital staffing, may not have the right kind of personnel for OC.

“Though the California Health Corps has a large number of volunteers, there are apparently very few critical care staff among them. Further, there are other counties in the state who have a current critical need of staff and resources, and the State is directing much of its efforts to those areas.”

Dr. Daniel Chow, an assistant professor at UCI, said virus testing is slowing down because of a lack of resources.

“That’s worrisome,” Chow said in a Monday phone interview. “If anything testing needs to be going up, not doing down

“When you have these kinds of lags, it makes it more difficult to do contact tracing, because right away you wanna call that person,” Chow said. “They may have exposed other people three or four days ago.”

This week could also see virus case increases and hospitalizations stemming from the Fourth of July weekend, Chow said.