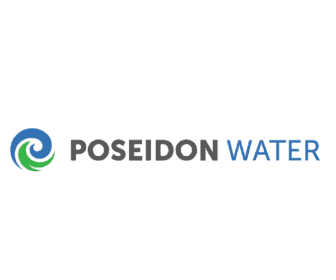 HUNTINGTON BEACH, Calif., July 22, 2020 /PRNewswire/ — Today, the Santa Ana Regional Water Quality Control Board (“Regional Board”) issued a Staff Report recommending approval of a Tentative Order making amendments to and renewing its operating permit rst issued in 2006 for the proposed Huntington Beach Desalination Project (“Project”). The Regional Board is scheduled to consider its staff-prepared permit and recommendation beginning on Thursday, July 30, 2020.

The Regional Board staff’s proposed permit amendment and renewal considered all requirements of the California Ocean Plan’s new seawater desalination policy and nds that there is an identied need for the 50 million gallons per day of desalinated water the Huntington Beach Desalination Project will provide. The amended Project will comply with all state laws and regulations by using the best available site, design, technology and mitigation measures feasible to protect and preserve all forms of marine life.

Like Poseidon’s Carlsbad facility, the proposed Huntington Beach Desalination Project will include 1 mm (1/25th inch, or approximately the thickness of a credit card) slot width seawater intake screens with a through-screen water velocity of less than 0.5 feet per second. The plant will also include state-of-the-art diffuser technology that will ensure that the salinity level in the plant’s seawater discharge meets the State Water Board’s stringent new “receiving water” quality requirements within 100 feet from the point of discharge.

In addition, as a leader in the industry, Poseidon has voluntarily committed to offsetting 100% of the proposed Huntington Beach Desalination Plant’s direct and indirect greenhouse gas (GHG) emissions from the electricity grid through either the purchase of renewable power or the purchase of carbon offsets. While the reverse osmosis process to be used by Poseidon’s seawater desalination facility does not emit greenhouse gases, energy purchased from the grid may incur a carbon footprint for which Poseidon has developed and is committed to a protocol for identifying, securing, monitoring and updating measures to eliminate GHG impact.

California’s Regional Water Boards administer the United States Environmental Protection Agency’s National Pollutant Discharge Elimination System (NPDES) permits, which are 5-year operating permits regulating discharges to the waters of the State of California. The Regional Board rst issued the Project’s NPDES permit in 2006 and again in 2012, at which time the Regional Board rst found the proposed facility complied with California Water Code section 13142.5(b) and was using the best available site, design, technology and mitigation measures.

In 2019, the long-term, stand-alone operation of Poseidon’s Carlsbad plant was approved by the San Diego Regional Board, making it the rst seawater desalination facility permitted under the California Ocean Plan’s new desalination policy. Under the new policy, the Huntington Beach facility is the second proposed large-scale desalination project recommended for approval by the state’s primary water regulatory agency staff.