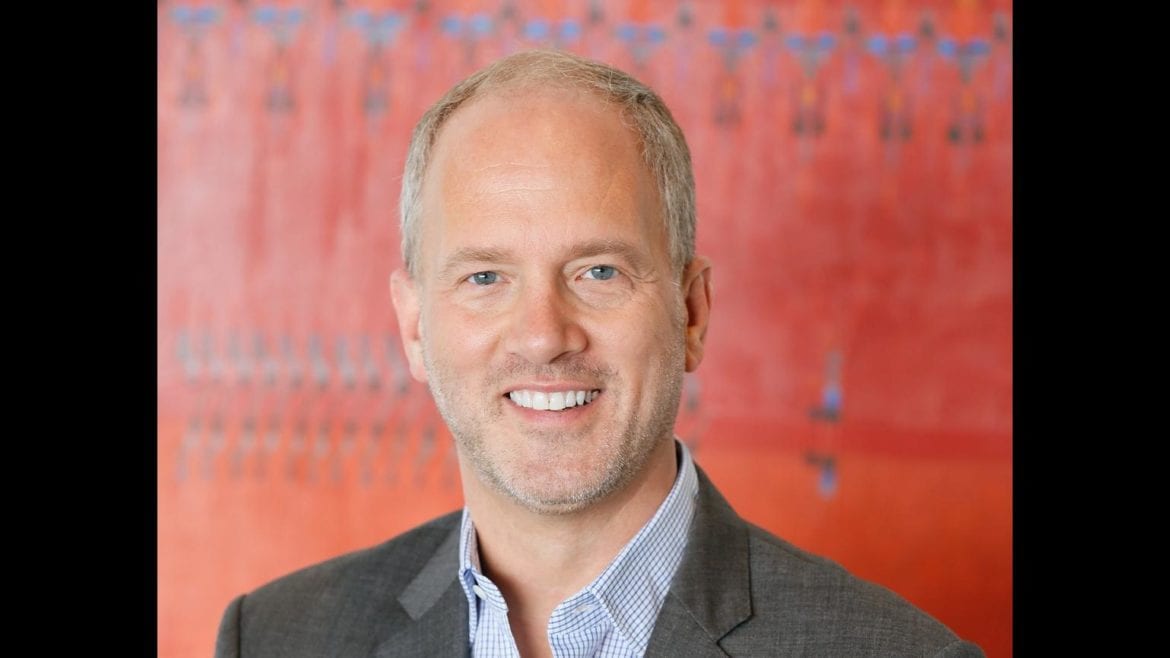 OCMA Director and CEO Todd D. Smith is leaving the Orange County Museum of Art for the Bechtler Museum of Modern Art in Charlotte, North Carolina.

Todd DeShields Smith, the director and CEO of the Orange County Museum of Art (OCMA), has decided to leave the 58-year-old museum to become executive director of the Bechtler Museum of Modern Art in Charlotte, North Carolina, OCMA announced Friday.

Smith joined OCMA in August 2014, filling a post vacated by Dennis Szakacs, who resigned Dec. 31, 2013. Over the past six years, Smith has been spearheading the high-profile effort to move OCMA from Newport Beach to its new home at the Segerstrom Center for the Arts in Costa Mesa. His departure leaves OCMA without a CEO and director during this critical time of construction and future planning. The museum aims to open its $73 million, 53,000-square-foot new structure by late 2021. 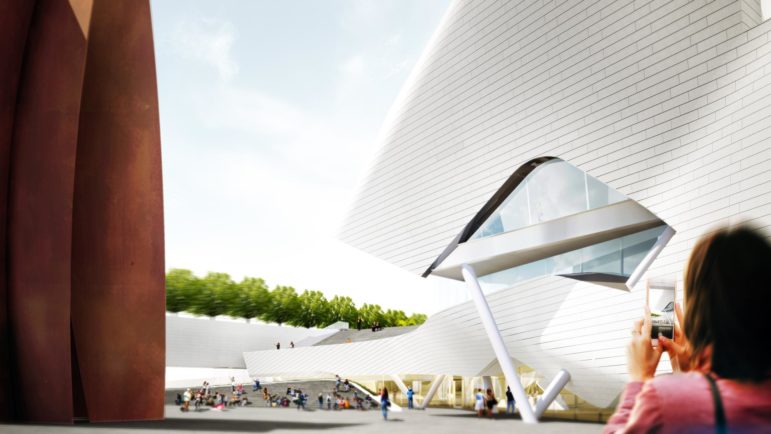 An artist rendering of the view of the new OCMA building from the Julia and George Argyros Plaza of OCMA’s main entrance, located near Richard Serra’s monumental sculpture, “Connector.”

“It was a very tough decision and a very easy decision,” Smith said Friday in an interview. “It was tough because of the project I’ve dedicated the last six years to. I was there when it was designed and approved and built out of the ground, along with fundraising and planning.

“It’s easy because of where I’m going. I have family and friends there. Also because of the fact that it’s a very exciting opportunity for me, career-wise.”

The move to Charlotte is a return to the Southeast U.S. for Smith, who held leadership and curatorial positions in that region earlier in his career. Smith, 54, served as curator of American and contemporary art at the Mint Museum of Art in Charlotte, and received his undergraduate degree in art history and political science from Duke University in Durham, North Carolina.

The Bechtler Museum of Modern Art has a very strong collection of modern European masters, Smith said, and wants to focus on strengthening its programming and permanent collection.

While the Bechtler Museum is only 10 years old, it has established a solid reputation back East for its collection, which includes works by Joan Miró, Alberto Giacometti, Max Ernst, Andy Warhol, Paul Klee and Alexander Calder. It’s also known for its founders, the Bechtler family; its architect, Mario Botta, who designed the original San Francisco Museum of Modern Art; and its involvement and commitment to the visual arts scene in Charlotte.

The OCMA Board of Trustees has formed a search committee and has hired Naree Viner, managing director of Koya Leadership Partners, to head the search team, according to Craig Wells, chair of OCMA’s Board of Trustees. She previously worked for Heidrick & Struggles, the Chicago-based firm that found Smith in 2014 and lured him away from the Tampa Museum of Art, where, as director, he oversaw the building of a new, 66,000-square-foot facility that opened in downtown Tampa in 2010. That $32 million project was finished on time and under budget.

“There’s some sadness. He’s done a good job,” Wells said about Smith’s departure, which will officially take place Aug. 14. “We hate to lose him. He has helped tremendously with the sale of the property in Newport Beach and working with the Thom Mayne design. We couldn’t have gotten to where we are now without Todd.”

When Smith leaves OCMA in August, Sarah Jesse, currently deputy director of OCMA, will step in as interim director and CEO. OCMA trustee Annette Wiley, principal and owner of Wiley Architects and volunteer chair of the OCMA Building Committee, will take on additional responsibilities as a professional consultant to directly oversee construction of the new museum, which broke ground in September 2019.

Wells said it would not be a conflict of interest to hire a board member to oversee the building project.

“We ran this by our legal counsel,” Wells said. “Many nonprofits have directors and officers who are also paid staff members.”

During his six years at OCMA, Smith helped negotiate the sale of the Newport Center property at 850 San Clemente Drive to Vivante Newport Center LLC, a subsidiary of Nexus Development Corp., a real estate developer with offices in Santa Ana and Phoenix. A previous plan to sell the property to Related California, which proposed a high-rise condominium project called Museum House, was opposed by local activists and ultimately revoked by the city of Newport Beach.

Smith oversaw OCMA’s move in 2018 to a temporary location in Santa Ana, across the street from South Coast Plaza. The temporary facility, called OCMAExpand – Santa Ana, is free and has successfully attracted new and different audiences to the museum, incorporating more installation, performance and experimental art.

Smith has championed a broadening of the regions OCMA covers, incorporating the entire Pacific Rim and showcasing more artists of color in exhibitions.

“I think honing in on the focus of the Pacific Rim is an accomplishment that I’ve been proud of,” Smith said. “And with so many countries around the Pacific, we’re still committed to showing a diverse range of geography.

“Over 80 percent of the artists we’ve exhibited recently have been people of color,” he said. “That’s unique within art museums right now. That much diversity really represents our community.”

And perhaps most significantly, Smith has led the effort of building a new museum at Segerstrom Center and raising funds. To date, OCMA has raised more than 70% — or more than $52 million — of the $73 million price tag for the construction.

The coronavirus pandemic has had a moderate effect on the construction of the new museum and fundraising, OCMA officials said. The delivery of structural steel from Texas was slowed down because of limitations on interstate trucking, Smith said. 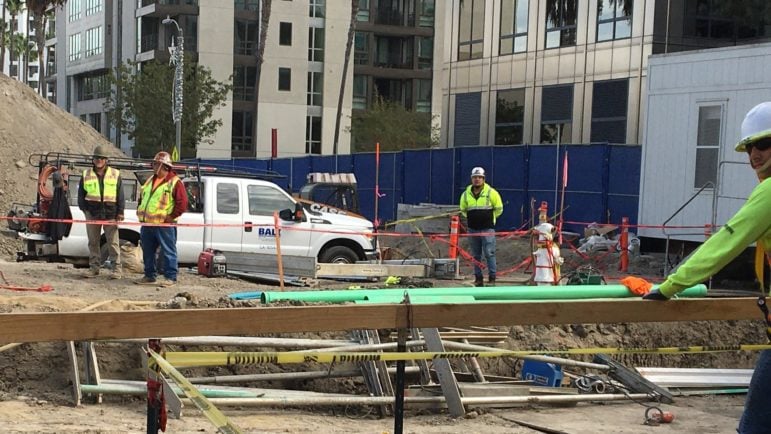 The construction site where the new, $73 million Orange County Museum of Art is being built. The project is scheduled to be completed by fall 2021.

And the COVID-19 lockdown has prevented OCMA from doing the types of fundraising events and gatherings that would be typical at this stage.

“We’re trying to function within the allowance of government restrictions and everything else,” Wells said. “We can’t host an event on the (Argyros) Plaza. But we will be doing hard-hat tours with potential donors, now that the site is taking on a bit more personality.”

Fundraising during the time of COVID-19 is a major challenge for all nonprofit organizations across the country, especially arts-related ones, which are not viewed as “essential” by some.

“Since the pandemic, it’s been a little bit more curtailed,” Smith acknowledged. “We’ve been raising money, seeking support from foundations. We’ve been doing a lot of grant writing in March, April and May. We hired Sue Totten as director of development. She arrived in May. That was an important addition for us.”

OCMA currently has 11 full-time staff and between five and eight part-time staff, Smith said. Because the coronavirus pandemic has shut down the museum for several months, OCMA has had to furlough its front-line staff, which represents roughly five to eight individuals, Smith said. No full-time employees have been laid off, he said.

That’s in stark contrast to the Segerstrom Center for the Arts, which had to lay off 63% of its staff, or 250 part-time and 77 full-time workers, with an impact on 505 people when factoring in employees who work seasonal and temporary shifts through the year.

Who Will Replace Smith?

Since the Memorial Day killing of George Floyd at the hands of Minneapolis police, a sea change has occurred in the United States. Protests and social unrest have led to reconsiderations of names of buildings and institutions, and the removal or proposed removal of statues and monuments.

Diversity and proper representation have also been important issues, and officials at OCMA say they will keep diversity in mind when hiring a new director and CEO.

When asked if OCMA will do its best to make a diverse hire, OCMA board chair Wells said, “Very definitely, yes.”

“We want the best fit, but we also want to consider all characteristics, all personalities,” he said. “The recruiter knows that to have a diverse staff, a diverse board, a diverse clientele — that is our goal, definitely. We are addressing a changing community through modern and contemporary art. All of these characteristics are equally weighted.”

Time will tell if OCMA’s next director and CEO represents all of these attributes.