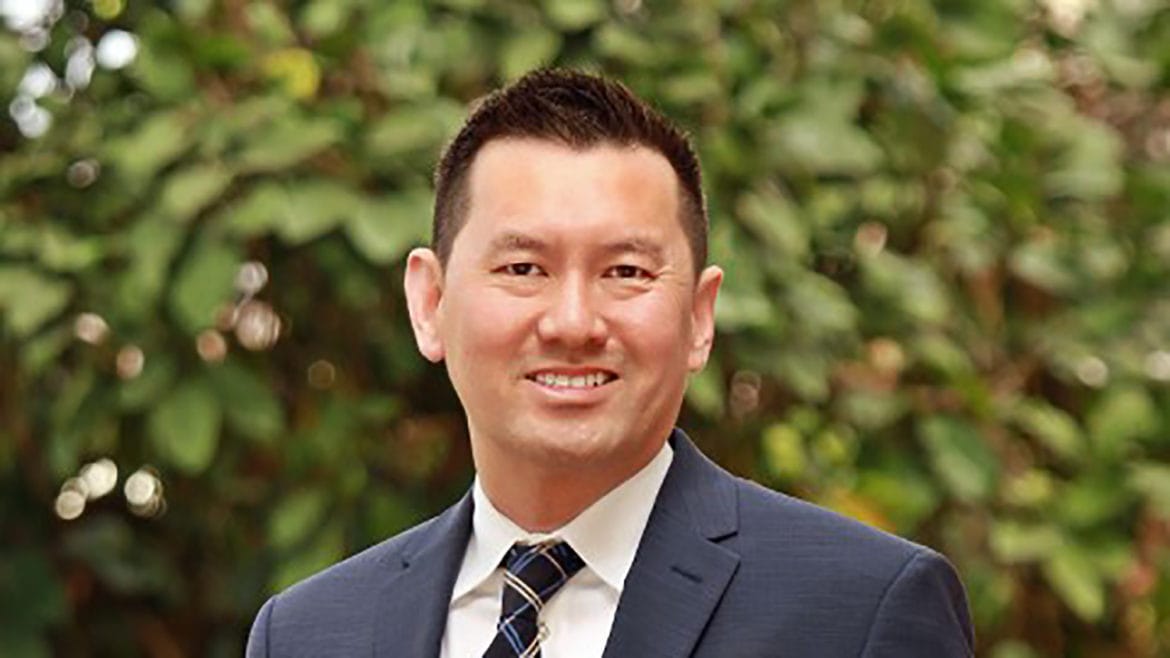 City Council members are set to vote on Thai’s hiring at their weekly public meeting, scheduled for later today.

But with all his background and experience, the city’s top choice for the job also brings controversy.

City Hall observers like watchdog Terry Rains and Councilman Tai Do have voiced concern over an ongoing lawsuit Thai’s engaged in with his former employer, the City of Monterey Park, which fired him in 2017 over allegations he abused public resources during his time there as Management Services Director.

Among the claims are that he misused a city credit card and had a relationship with a company vying for a city contract during his time at Monterey Park, according to court filings in the case.

The allegations came to light in Thai’s own retaliation lawsuit that he filed against the city in 2018, and Thai has denied all of the city’s claims.

Instead his lawsuit claims that his firing was in retaliation for him reporting real abuses of public resources, like inappropriate charges to the city’s trash customers, while he worked there.

Thai’s termination, according to his complaint, “was in direct retaliation for his complaints of activities (at the city) that he reasonably believed to be in violation of law.”

In an interview, Thai declined to go into any details of the case, but said he’s confident he “did no wrong” during his time at Monterey Park, claiming the city’s accusations have been “so damaging to me in so many ways.”

Instead he looked forward to addressing a number of issues as city manager that are currently pressing Westminster, like intense political division on the city council, the city’s budget woes amid the COVID-19 pandemic, and the looming expiration of the city’s sales tax increase that’s been serving as a fiscal lifeline for Westminster.

He said his possible hiring comes with “a sense of personal pride” to be Westminster’s first Vietnamese American city manager. 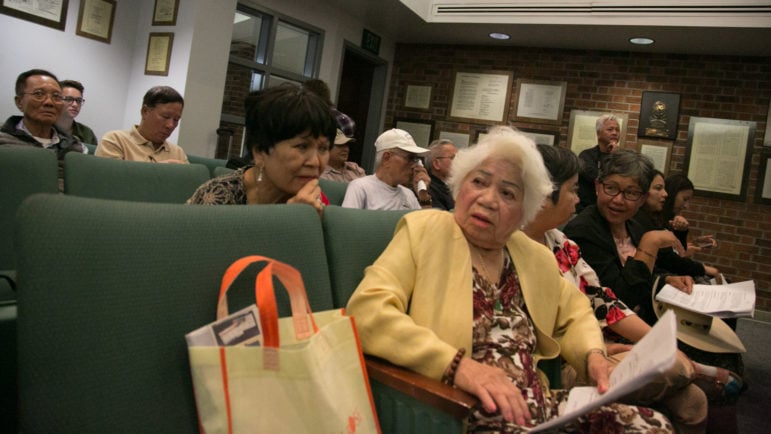 “What’s funny is, growing up Vietnamese, our parents told us to be doctors, lawyers or engineers – but that wasn’t my passion, mine was urban planning,” he said, adding that when he and his family moved to the U.S., they spent some years in Santa Ana and he grew up around the Vietnamese community and Little Saigon.

“We moved up to Ontario at one point, but my parents just kept taking me back to Little Saigon – going down to the markets, watching it grow, was special to me  — and I want to be a part of it and contribute to it,” he said, adding that one of his focuses, if hired, would be on economic development and incorporating Little Saigon into those efforts to “make Little Saigon a more wonderful place for tourism and a destination point for the whole region.”

Thai, who currently lives in west Santa Ana, also wants to work more on communication between the city and the Vietnamese community and educate Vietnamese Americans in the city on “how government works.”

In that regard, he said he has his work cut out for him – “my Vietnamese is not that good yet, but it’s an opportunity to improve on that.”

Westminster watchdogs like Rains are taking issue with the prospect of him steering the ship.

“The most important decision a City Council can make is who to hire as City Manager. Hiring the right person for this position is critical. Hiring the wrong person can be devastating to a city,” wrote Rains in a letter to the council ahead of Wednesday’s meeting. “Quite frankly, I am shocked this person ever made it past the initial screening process.”

Councilman Do told Voice of OC he was “shocked” to find out from members of the public about Thai’s litigation with his former employer, saying it hadn’t been disclosed to him during any discussions around the city manager appointment.

The city in its search for a city manager enlisted the services of recruiting firm Bob Hall and Associates, which began the search in April following the abrupt retirement of former city manager Eddie Manfro, who was followed out the door by his former assistant Chet Simmons.

“Why didn’t Bob Hall vet this applicant? Or did he, but chose not to share the information with Council?” Rains asked in her letter.

Reached for comment, Hall in a written statement wouldn’t address whether his firm was aware of Thai’s pending litigation and the accusations against him, saying “California law requires that I not discuss any details of conversations that took place in closed session, as it protects both the candidates and our city clients to ensure a fair, informative and thoughtful process.”

Thai also declined to say whether his lawsuit against Monterey Park was disclosed to the council, citing the closed session discussions.

In the lawsuit, Thai also said city officials at Monterey Park through an April 2017 article in the Pasadena Star accused him of using public funds to pay for a trip he took to New York. The article named Thai as an employee who reportedly hadn’t been in the office, but didn’t explicitly say that he was the “high-level finance employee” who had been escorted out of City Hall amid the allegations at the time.

“Plaintiff categorically denies these allegations and has yet to see any evidence indicating that these allegations are true. Rather, Plaintiff possesses receipts and proof that he charged his trip-related expenses to his personal accounts,” Thai’s lawsuit reads.

In 2017, the Los Angeles District Attorney’s office also launched an inquiry into Thai around allegations he accepted a bribe from a bidder competing for a city contract at Monterey Park. The office at the time concluded that there wasn’t any evidence to corroborate the claims, but noted that a statement Thai gave was “ambiguous as to whether a bribe took place.”

In a letter to the council, City Hall watchdog Terry Rains urged council members not to proceed with Thai’s hiring, pointing to the ongoing case.

“In my opinion, he isn’t even a viable applicant for a Finance Director position at this point. His resume is spotty,” her letter said, referring to the fact that Thai worked at the City of Stanton for four months and left on a separation agreement. “He has no City Manager or Assistant City Manager experience.”

Do, on the other hand, said that “as a City Manager, it is his or her responsibility to make sure the ethical principles of the city won’t be violated. That impropriety by a city employee will not be tolerated.”

Rains added that Monterey Park is spending money to defend itself from the lawsuit, and that “Westminster has had plenty of experience in this area.”

Westminster has weathered a number of wrongdoing claims and lawsuits by former city employees over the past decade.

Most notably, former police chief Kevin Baker in a 2016 complaint described a city where corruption ran rampant and council members at the time operated like a “gang,” pushing for police enforcement against certain businesses to punish political enemies and using city resources to enrich themselves and political allies.

Baker received a $500,000 settlement with the city, agreeing not to discuss the allegations publicly, though Voice of OC won a public records lawsuit against the city to make the claim public in 2017.

If hired, Thai would assume the role currently being held by interim City Manager Sherry Johnson, who was filling in after Manfro left.

Thai would oversee a city fresh off a failed recall attempt against the council majority — Ho, Nguyen and Ta — over wrongdoing criticisms leveled at them. The city is also in the midst of a budget crisis stemming from the looming expiration of its fiscal lifeline, a sales tax increase that voters approved in 2017 and expires in a few years.

Thai said the city’s budget situation — coupled with further impacts due to the COVID-19 pandemic — is “probably one reason why the city council selected me, because I have a background in finance.”

“I had to have tough discussions with all the cities I’ve been with; some cities I had to focus on revenue generation through adjusting water rates and such to cover the cost of service, other ones I worked with for a utility users tax; so I’m ready to work on the possible renewal of the sales tax increase in Westminster,” he said.

“I don’t want the council to look bad, that’s the bottom line,” he said.

Before Monterey Park and Stanton, Thai also worked at a number of California cities like Beverly Hills in Los Angeles County, as well as Morgan Hill in northern California.