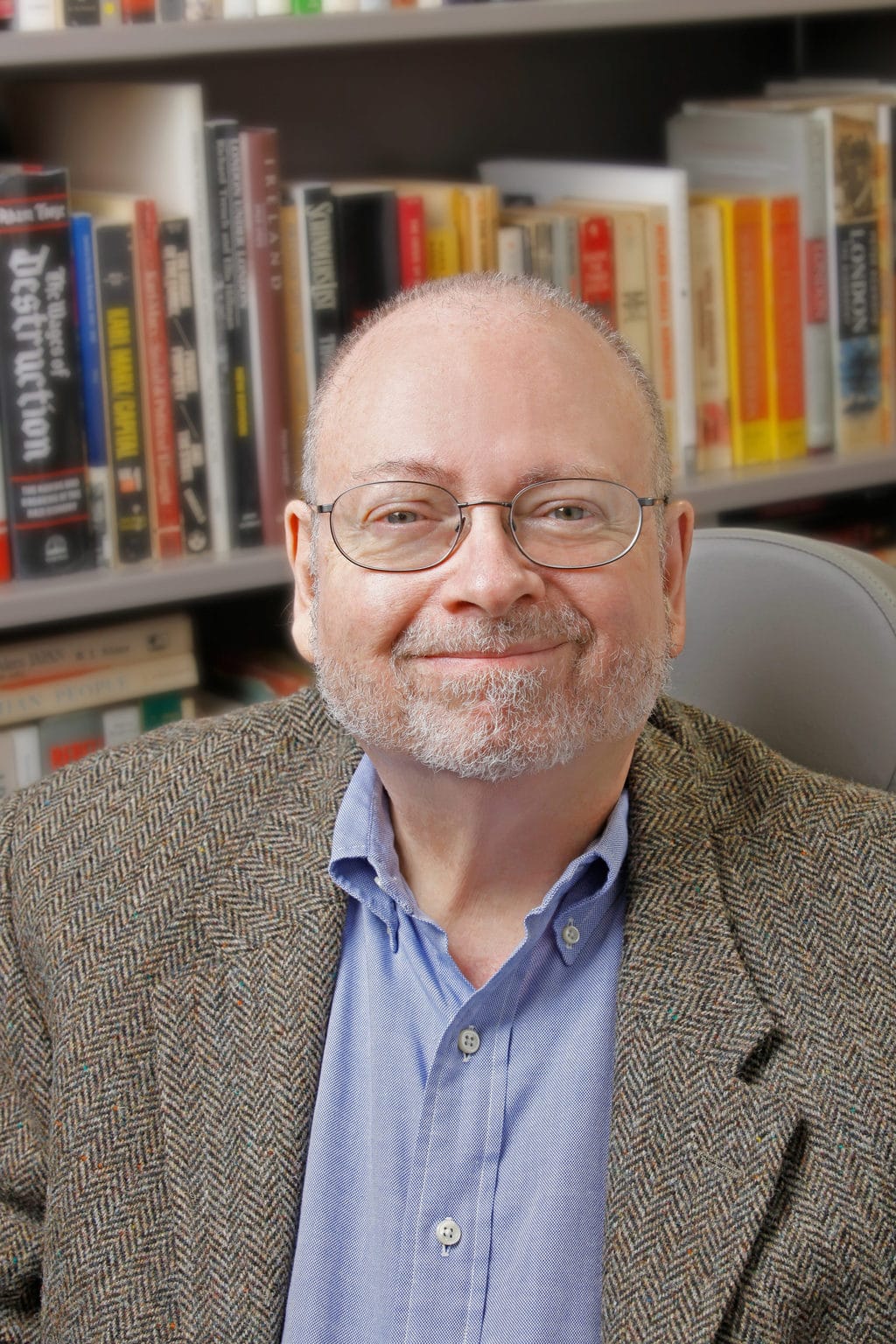 On August 12 John Eastman, a professor at the Fowler School of Law, published an article in Newsweek, arguing that Kamala Harris was not a citizen, and hence ineligible to run for vice president, a new version of birtherism.  Reaction was swift; within days, the editors added this apology:  “This op-ed is being used by some as a tool to perpetuate racism and xenophobia. We apologize.”  Mark Joseph Stern, writing in Slate, declared, “Eastman is not qualified to pass judgment on anyone’s citizenship. He is a fabulist whose toxic views have grown like a cancer on the right.”

Here at Chapman, the response of many of John’s colleagues has been as fleet and adamant, if not as verbose.  Eastman bases his claim on the argument that children of immigrants are not citizens, even if they are born in this country, an argument clearly at odds with the wording of the Fourteenth Amendment to the Constitution.  Even more, for many of us, this was deeply personal:  we are the offspring of immigrants from all over the world, from Africa, Asia, Latin America, and yes, European lands as well.  My mother was born in Lithuania; my birth came in New York City, would John exclude me as well?

In response, well over two-hundred of Chapman’s 542 faculty signed a petition, asking “that Chapman’s administration make a statement about our university’s values relating to diversity and inclusion, and reaffirm its commitment to moving forward with initiatives and leadership on these issues at Chapman….it is incumbent on the administration to reiterate its commitment to an environment that welcomes all students.”

There have been claims that we are denying Eastman’s free speech rights, betraying the academy’s fundamental mission.  Everyone associated with the petition, everything we have written, have made clear this fundamental proposition: we are not, and never have, been trying to restrict John Eastman from saying anything,  Our petition states, up front:  “Let us be clear: we do not seek to prohibit Professor John Eastman from publishing his works, as the academy is founded on free speech.”  As the initial author, I can tell you that that statement was in the original draft, and has been in every one since. Members of our steering committee said they would have resigned if it wasn’t in there.

However, there is a big difference between restricting speech and responding to a published piece; that too, is free speech.  As the author of eight books and over one-hundred-fifty oped pieces in the Huffington Post, one of the things I learned early on is that once you publish something, it is fair game.  It is like sticking your head up in a shooting gallery and anyone with the price of admission (i.e. reading your piece) can take a shot.  Some of the critiques of my books have been excellent, making me smack my forehead and ask, “why didn’t I think of that?”  Many of the comments to pieces have been ridiculous and off-center, as well.  That is just the nature of the free and open market of ideas, which I would not have any other way.  The only alternative is to not publish at all, to remain silent, to acquiesce.  John Eastman published, we responded.  Both are fair and appropriate.

One of our colleagues cited John’s expertise as a legal scholar, and questioned our expertise in responding.  Yet, John chose to publish, not in a legal journal, but in a popular forum, Newsweek.  If he had published in an academic publication, I might agree with qualms about tackling his arguments.  But he chose a mass media and phrased his statements accordingly.  As much as I may disagree with his arguments, I applaud John for taking this route, as I believe academics must use their knowledge and skills to engage in the real world.  But the point is, by placing his piece in Newsweek, John consciously chose to enter the larger arena, giving us—and anyone else—the right to respond in that same setting.

Chapman University has for years upheld values of diversity and inclusion.  We merely feel we are part of that tradition.

Robert Slayton is a Professor in the Department of History at Chapman University.  He is the author of eight books, including Empire Statesman, the leading biography of Alfred E. Smith.