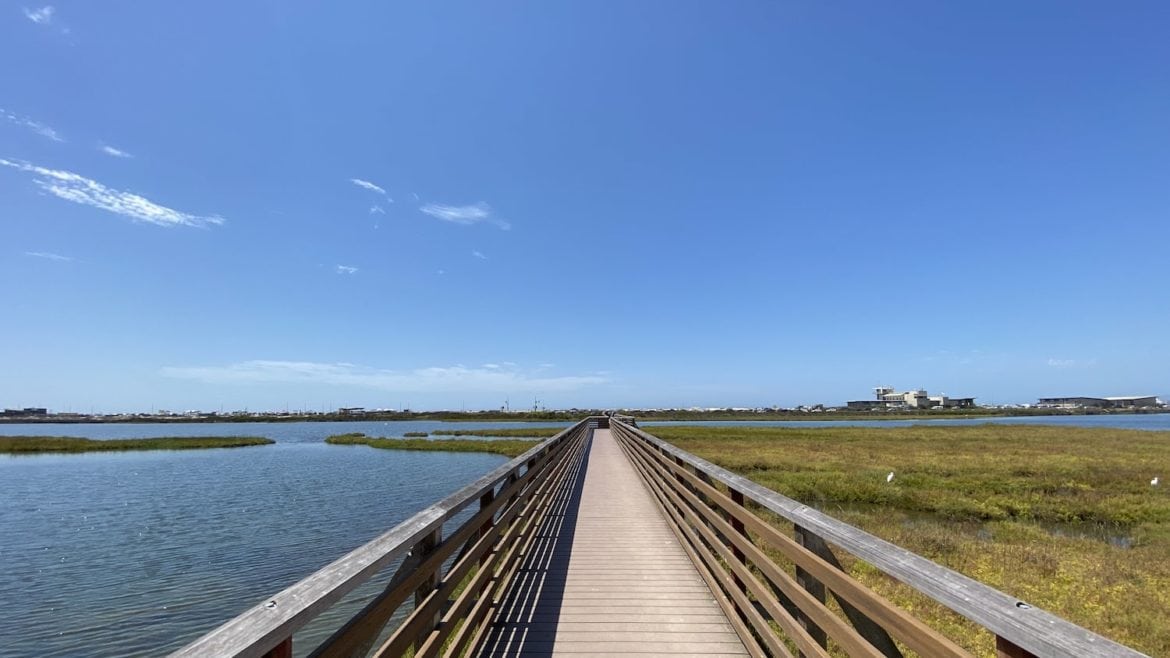 Along a Huntington Beach coastline dotted with oil rigs and a power plant, one of California’s largest remaining saltwater marshes has been a source of pride for local environmentalists.

But the marsh, known as the Bolsa Chica Wetlands, is endangered despite a years-long struggle to pull together sufficient public funding for its upkeep.

Nearby, the Poseidon Water Co., which has been in a decades-long, controversial fight to build a seawater desalination plant next to the AES energy station at the south end of the city, has justified its project partly with a promise to finance the wetlands’ conservation.

It’s a vow that project proponents have used to push the desalination proposal, while Bolsa Chica advocates are split over a plant that every day would suck in more than 100 million gallons of seawater and marine life along with it.

To some, Poseidon’s Bolsa Chica plan presents a new opportunity to finally fund the wetlands, weighed against the desalination project’s expected damages to surrounding local ecosystems.

Local and state officials agree that the years-long accumulation of sand in the wetlands’ tidal inlet will happen with or without the proposed plant.

Yet others say Bolsa Chica doesn’t really need Poseidon’s help, arguing there’s no way politically that local and other relevant agencies could let marshes sand up.

Reached for comment, Poseidon Water’s vice president, Scott Maloni, deferred to a set of letters between various state agencies and officials that he said justifies his company’s project as a panacea for the wetlands.

He called the documents “compelling rationale for the very real and imminent threat to the Bolsa Chica wetlands.”

Over the last 200 years, a vast majority of Southern California’s coastal wetlands have declined, California Lt. Gov. Eleni Kounalakis noted in a March 10 letter to the Santa Ana Regional Water Board, which is currently in the process of reviewing and approving one of Poseidon’s required permits to begin construction of the desalination plant.

Many of these tidal wetland systems, Bolsa Chica included, lack financial backing and have insufficient funds to preserve and maintain them, Jennifer Lucchesi, the State Lands Commission executive officer, noted in another letter referred to by Maloni.

Inlet In Need Of Help

Around the start of the 20th century, Bolsa Chica’s ocean inlet, which connects the habitat to the ocean, had been cut off, landing a blow to the marsh, according to State Lands Commission staff. 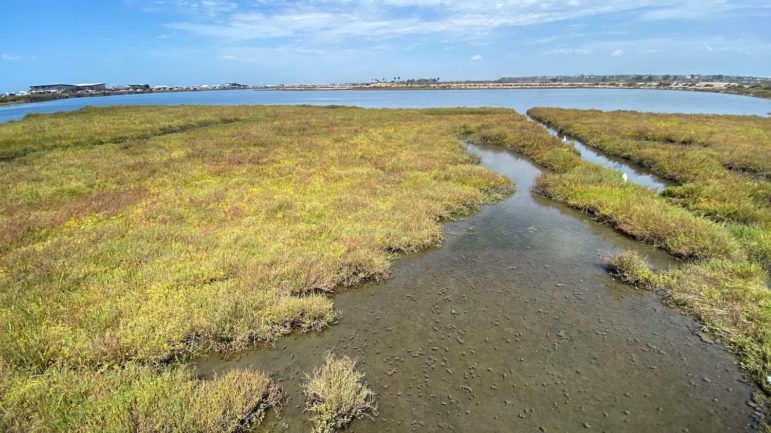 Conservation of the wetlands has become a core argument by proponents of the Poseidon Water company’s controversial desalination plant proposal.

In 2006, conservationists and various agencies embarked on a project that opened a new tidal inlet at Bolsa Chica, creating crucial habitats for dozens of endangered species, ranging from vegetation and invertebrates to fish and shorebirds stopping along the Pacific Flyway migration route.

But the inlet needs the consistent removal of sand accumulation to ensure water flow in and out of the ocean. Funding for such work has remained uncertain since the recession of the mid-to-late 2000s and a struggle to secure needed grants and appropriations from the state budget.

The cost of such work, according to staff, amounts to an average $2 million annually.

Without it, staff said in another funding request to the state this fiscal year, the seasonal accumulation of sand at the mouth of the ocean inlet would force its closure, with “catastrophic impacts to the wetland habitat, its endangered species, and other valuable public resources, resulting in a significant net loss to the state’s coastal wetlands.”

A leg of Poseidon’s proposal for the desalination plant — which would produce 50 million gallons of potable, desalted water a day — has been its promise to finance conservation of the wetlands, which would include continuing the removal of sand accumulation to maintain the inlet.

If and when the Santa Ana Regional Water Board approves Poseidon’s permits, the company’s last step toward authorization to begin the plant’s construction will next go before the California Coastal Commission.

Plant a Savior or Threat?

To groups like the Bolsa Chica Land Trust (BCLT), despite the company’s promises, the desalination plant is a clear red flag.

Proponents argue Poseidon’s $1 billion project would provide construction and operating jobs and a drought-proof source of local water. Opponents call it a boondoggle, pushed by lobbyists and legal battles, that would decimate nearby marine life sucked in with the seawater and unnecessarily hike local water rates.

“Is this project worth the cost of killing marine life for decades? BCLT says no,” Kim Kolpin, executive director of the trust, said at a July 31 regional water board hearing. “Our coastal environment is precious and, and we are opposed to projects that would harm it.”

Kolpin added that on behalf of the land trust and “5,000 community members, we find it so very offensive that Mr. Maloni and Poseidon are calling this project an ‘environmental enhancement project’ and that they are portraying themselves as the ‘savior’ of Bolsa Chica.”

“Far too many people, over the course of decades, have worked tirelessly to save, support the restoration of, and preserve the wildlife habitats at Bolsa Chica. Poseidon is only focused on Bolsa Chica because they have to mitigate for the environmental damage their plant would cause, not because they care,” she added.

Her group has remained opposed to the project but neutral on the wetlands upkeep proposal attached to it.

To groups like Bolsa Chica Conservancy, there might not be such a funding opportunity like this again until it’s too late and the wetlands’ inlet blocks up.

“Absent the implementation of Poseidon’s Bolsa Chica preservation plan, there is no identified long-term funding source to ensure this valuable coastal habitat is preserved and enhanced in the future,” Patrick Brenden, the conservancy’s chief executive officer, said in a statement posted to the group’s website.

The Amigos de Bolsa Chica conservancy group has remained supportive of Poseidon’s plan for the marsh, while Thomas Anderson, the group’s administrative director, told Voice of OC it’s neutral on the desalination plant.

But Shirley Dettloff, a member of Amigos de Bolsa Chica and former Huntington Beach mayor and state coastal commissioner, has spoken in support of desalination in past op-eds describing seawater desalting as the key to California’s future water supply.

She also most recently spoke in support of the project over its wetlands promise at the regional water board hearings in late July: “Having spent most of my adult life over 50 years working to save and see the restoration of the Bolsa Chica, it would be a disaster to now lose it.”

For or against the project, Maloni at an Aug. 7 water board hearing warned against agencies waiting too long to act.

“There’s no freakin’ way that the Bolsa Chica is going to sand up and go away,” said Ray Hiemstra of Orange County Coastkeeper. “There’s too much community investment and involvement politically, that it just literally couldn’t happen” under the state’s ownership. 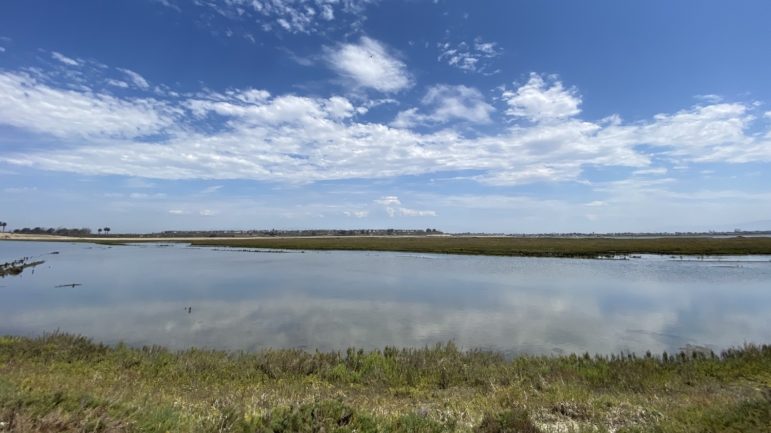 More than 90 percent of California’s coastal wetlands have disappeared. Bolsa Chica is among the few remaining.

“You have fantastic local organizations with serious political clout that you know would literally just inundate the state and our local politicians with demands that that money be found. So while this is a serious situation, I don’t believe Poseidon is absolutely necessary to make that happen.”

Dettloff at the July hearings said that “having spent years begging for state funding, (the state) can’t be depended upon now,” citing a coronavirus pandemic’s dire economic impacts “that will require many significant reductions or outright cuts.”

“You now have a plan that will guarantee the long term preservation, enhancement and restoration of the Bolsa Chica,” she said.

Board Still Has Concerns

But there were also questions among regional water board members during the recent hearings over whether Poseidon was even offering enough in terms of its commitments to helping the wetlands.

Board members like Daniel Selmi and William von Blasingame said they were troubled by Poseidon’s proposal to get its project permit approved despite the absence of a fully completed plan for the wetlands’ conservation.

Selmi at the board’s July 31 hearing took issue with the idea of dredging to “possibly” prevent the inlet from closing and Poseidon getting “a huge amount of credit just for doing that.” Selmi suggested other regulatory agencies would require more mitigation.

Staff at the Aug. 7 hearing also told board members it was Poseidon’s responsibility to go out and collect data and the right studies to put together a full mitigation plan, but that the company hadn’t done so.

“This is where I’m coming from,” said Blasingame, who throughout the panel’s July 30 and 31 hearings raised this same issue repeatedly. “This has been months, years, and my understanding is staff has been available, the state’s people have been available … They (Poseidon) have to do the studies. That hasn’t been done — nothing has been done. They’ve given outlines, but not a fully complete plan.”

Responding to those comments, Maloni at that hearing said the mitigation plan depends on approvals by various local agencies with a stake in what happens to the wetlands and the coast surrounding the project.

The company also hasn’t completed its plan, Maloni said, because the state regional water agency’s requirements around the project’s permit keep changing: “We can’t advance it because the earth under our feet keeps shifting.”

The regional water board was expected to revisit the project — with a possible vote on it — Sept. 17 but the meeting has been canceled with a future date unknown.