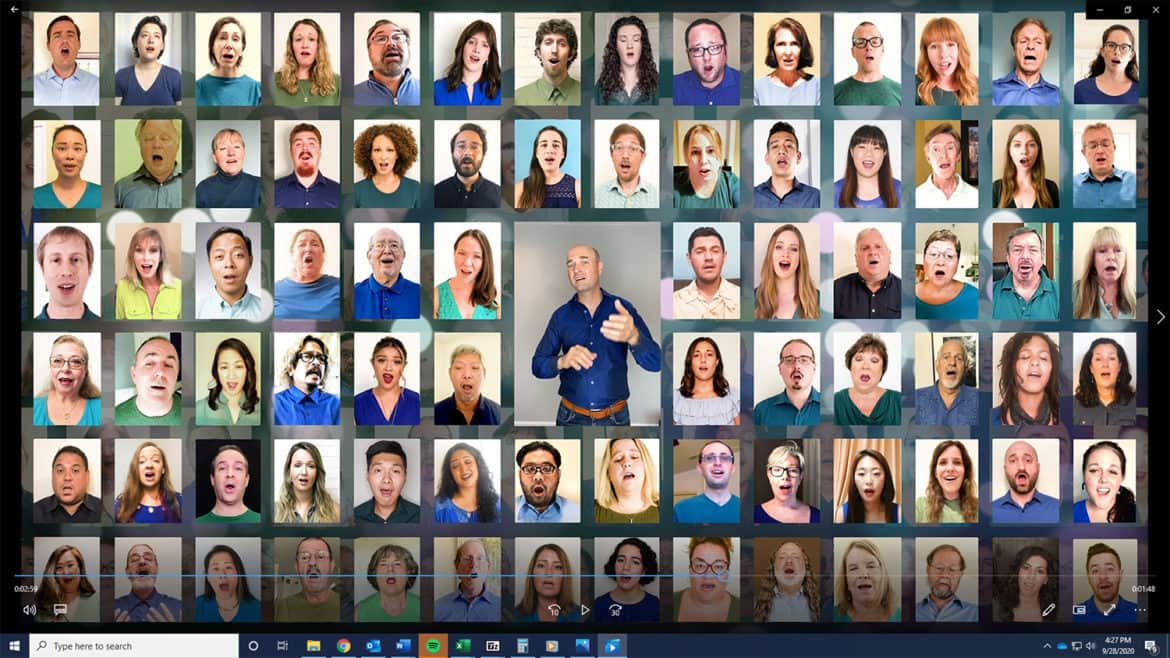 The Pacific Chorale has jumped out of the gate early in this pandemic-impaired season with a self-produced video project. Released on Sept. 29, the pre-recorded performance of Bobby McFerrin’s Psalm 23 is, appropriately, like a Zoom meeting on steroids, with some 80 singers and conductor Robert Istad joining in remotely. It opens with the singers removing their masks. 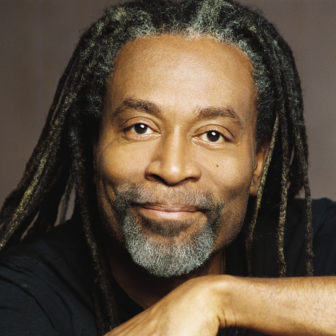 The Chorale, Orange County’s premier choir, resident at Segerstrom Center for the Arts, has been thinking on its feet this year, announcing little, canceling some. The group is now calling this its “Fermata Season.” Its intention is to figure out how to perform when it can, a tricky thing, of course, for an ensemble of 140 deeply inhaling and exhaling singers usually in close proximity while performing. But the group’s popular annual holiday concert, “’Tis the Season,” now has a time and date (5 p.m. Dec. 3) and a venue — online. It will also serve as a fundraiser for the Chorale.

The Psalm 23 recording is being considered a dry-run, and good practice, for December’s much bigger affair. McFerrin’s piece — yes, it’s that Bobby McFerrin — lasts only about four minutes, so the Chorale’s video is more a single than a concert. McFerrin himself conducted the group in a performance of it back in 2001.

McFerrin has an Orange County connection. His mother, Sara McFerrin, lived here and was a longtime supporter of the arts and board member of the Chorale. She passed away in December. McFerrin’s Psalm is dedicated to his mother, the words changed slightly to reflect that. The Chorale dedicates its performance to those who have fallen ill and to the memory of those who have died during the COVID-19 pandemic. 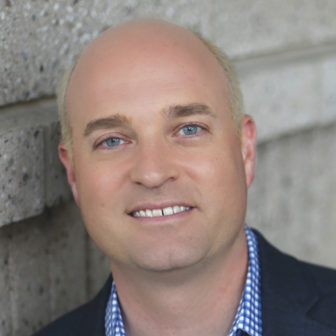 How was the video accomplished? Each singer was sent a piano-vocal audio track, guiding them in matters of phrasing, text and pitch, and an annotated score. After a Zoom session to go over musical and technical matters, the singers then individually recorded their parts and uploaded the results. During the recording process, they sang along with a combined click track and the demo vocals (with an option of hearing just their own part, or a mixed four-part chorus). The individual tracks were sent to a company called Arts Laureate, which put them together in a composite, mosaic video, the singers in separate squares but artfully rotating in and out as if part of a musical Rubik’s Cube.

McFerrin’s Psalm is a lovely and simple thing. It begins with, “The Lord is my shepherd, I have all I need/ She makes me lie down in green meadows …”, the Lord transformed into mother, rather than father, figure. Each syllable of the text gets a note, there is no counterpoint. Each phrase gets a musical sentence, followed by silence and a breath. The harmony is generally close and often spicy, but tonal. At times that harmony is unchanging, a phrase chanted in suspension. The whole unwinds seamlessly, earnestly and movingly.

The performance is seamless as well, timed and tuned and balanced with ease. Istad is shown in his own square conducting, but this is just a visual nod to live performance, since he did not conduct the video. And that’s fine. It wouldn’t be the same without him.

It does bring to mind, though, what we’ve been missing these last few months. Live performance in a concert hall is just so much more satisfying than a video on your computer, listened to with earbuds. We should be grateful for small things, though, and are. It’s one step on the way back.

Timothy Mangan is a contributing writer for Arts & Culture at Voice of OC. He can be reached at [email protected]