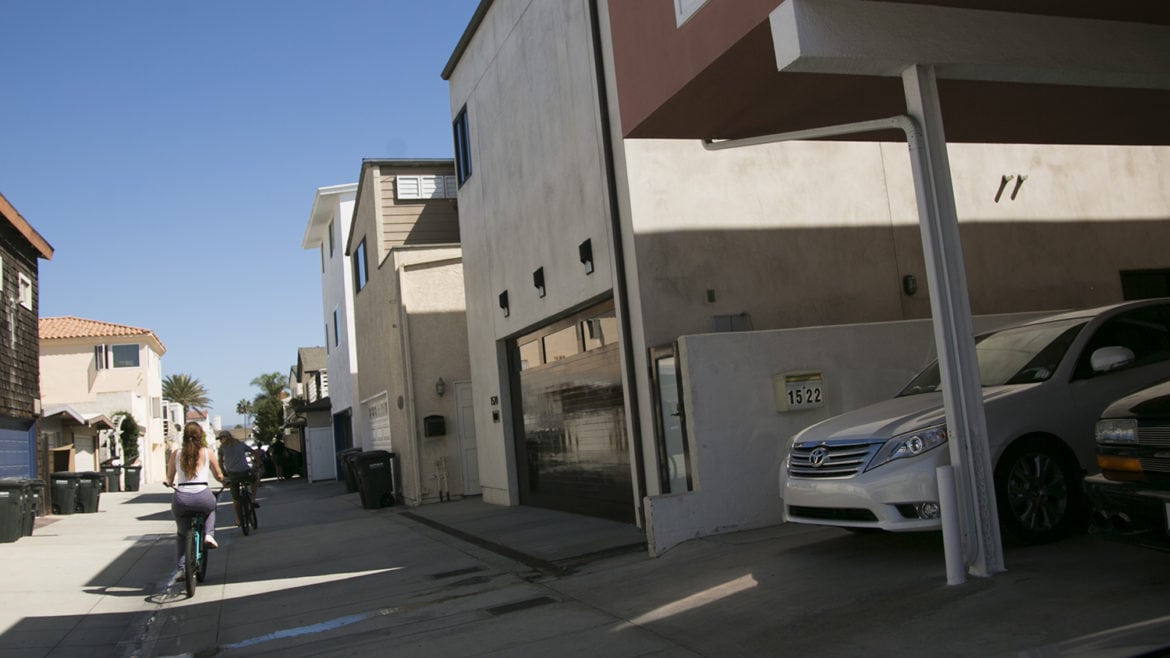 A location of some of the short term rentals in Newport Beach on Sept. 19, 2020.

Some Newport Beach residents have had it with the city’s large short-term rental market — which they complain attracts a young, noisy party loving crowd that takes up parking slots and overflows residents’ trash cans.

The city is continuing to tighten its grip on short-term rentals and property owners in Newport Beach must abide by a new set of regulations as the city grows its oversight of the industry after months of discussion.

The City Council Tuesday passed 4-3 an ordinance amending city laws on short-term rentals to include greater restrictions and rules for property owners and renters. Mayor Will O’Neill and Council members Brad Avery and Kevin Muldoon voted against the motion.

“We now have the tools and the means for eliminating problem units in our city and that’s all this is aimed at. Good operators have absolutely nothing to worry about,” Herdman said. “There may be a few more requirements in terms of when they initially apply for their permit each year.”

Rental owners have used their homes for decades as a form of income, many renting out to families looking to get away for a couple of days and implementing rules of their own to ensure guests are considerate of their neighbors.

“Any restrictions on short-term rentals is absolutely an overreach by our city government. Many people especially those that are elderly depend on short-term rentals in order to live,” resident Alex Izbicki wrote to the council. “People have a right to do with the properties what they feel as long as they are within the confines of zoning laws and local noise and living ordinances.”

For months, the city has been tinkering with short-term rental regulations and looking to limit the number of permits it will issue amid residents’ complaints.

In July, the council adopted new regulations limiting the maximum occupancy for renters and requiring the boarders to be at least 21 years of age. The city also created a 24-hour hotline to address complaints.

Property owners were also required to list their permit number on all their advertisements in an effort by the city to crack down on illegal rentals. Operators must create and submit a plan to the city on how they will deal with troublemaking and rowdy guests.

The new regulations would require a three-night minimum stay for renters, limit the total number of rentals in the city to 1,550 and that renters be at least 25 years of age. Under these restrictions, if a property owner dies, an immediate family member can keep the rental permit and if the landlord sells the house, the permit transfers to the new owner.

“I really at the end of a day just think that enforcing the rules on the books as they go to noise and parking especially and doing so in a heavy handed manner is the most effective way to solve these problems,” Muldoon said.

Multiple residents called for greater enforcement and citations for parking and noise violations especially on Newport Island. Many residents there are speaking out against short rentals in their neighborhood complaining about the noise and parking issues in particular.

The short-term industry in Newport Beach typically rakes in around $4 million in tax revenue annually for the city which has about 1,500 active permits, according to city staff.

The number of permits Newport has issued is much greater than other cities in Orange County like Huntington Beach which has more than 260 rentals or Anaheim that has more than 270 rentals, according to a staff report.

The city banned issuance of new permits during the coronavirus local emergency in April. The council will be looking to remove the ban in coming weeks.

Newport Beach’s ordinance on short-term rentals will be up for a second vote on Oct. 27 and most of the regulations will go into effect after approval by the California Coastal Commission.