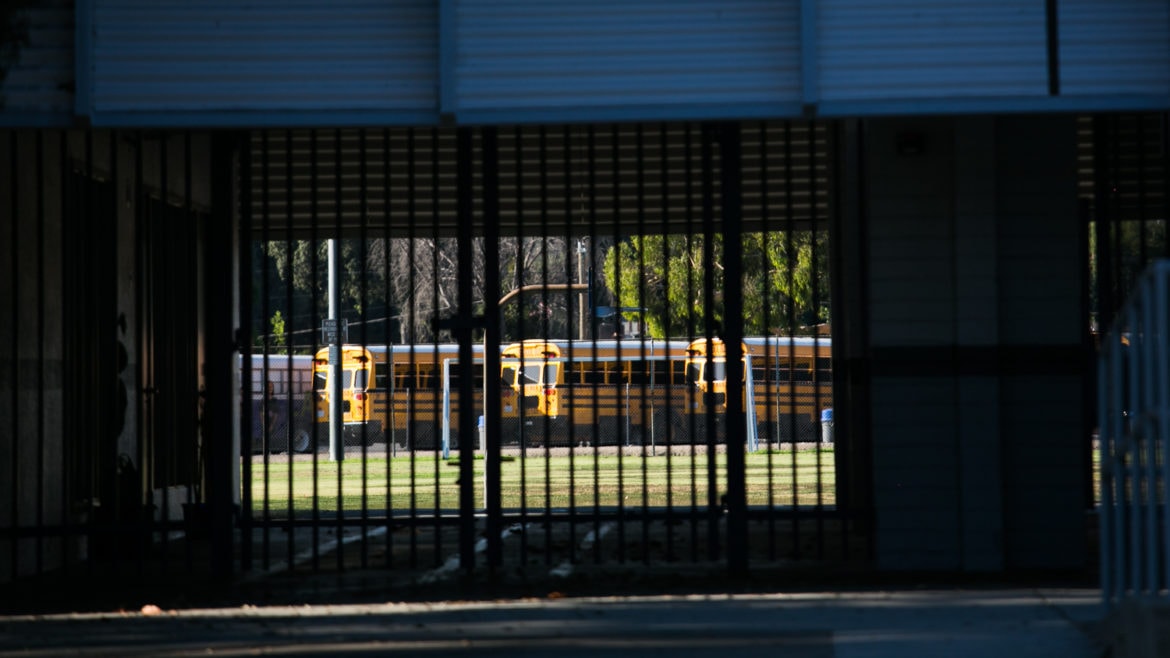 Reporting coronavirus cases in Orange County schools has fallen to parents after the county’s Health Care Agency has decided to keep cases a secret as waves of classrooms are reopening their doors.

It didn’t take long for some cases to pop up after classrooms reopened.

Cases of the virus have popped up on Irvine campuses less than a week after some school districts reopened classrooms, despite concerns from some teachers and parents on going back.

“We have two confirmed student cases. One at Woodbridge High School and one at College Park Elementary,” Annie Brown, a spokesperson for the Irvine Unified School District, told the Voice of OC in a text message Tuesday.

“Due to student privacy laws, we cannot provide further information.”

The school district is now publishing the number of cases that occur at their schools on their Coronavirus dashboard.

In being the first to launch the dashboard, the Irvine Unified School District is being more transparent than County officials and other school districts who are not reporting cases on campus to the public.

The cases aren’t technically an outbreak, which is three or more confirmed cases from people living in different households, according to state guidelines.

OC Public Health Officer Dr. Clayton Chau previously said school closures would be reported to the public and officials would disclose outbreaks at school — only if it affected the community at large.

“These are individual cases so we have not seen any clusters at all at any schools. For every single case we of course follow up and make sure the people who were exposed — either students or staff — don’t become ill,” said Dr. Matt Zahn, Medical Director for Orange County Health Care Agency’s Communicable Disease Control Division at a news conference yesterday.

“If your child has illness or symptoms make sure they have to stay home. That’s really important.”

One Woodbridge teacher told the Voice of OC that it was one of their students that tested positive for the virus. The teacher added that students were spread out in the class and the school nurse inspected the classroom after the case was confirmed

“They did their due diligence, in terms of the student who was affected. I don’t doubt that. They did what was right and necessary. I think that they covered all their bases in terms of that and I I think that I am safe but I mean, I don’t know how many kids that student came in contact with on campus,” the teacher said.

The teacher added that they want all students back in the classroom and understands the difficulty of distance learning; they just want it to be safe.

Class has carried on while the student quarantines at home.

“As of this morning, we do not have any new cases – no students or staff,” said Ryan Burris, the district’s spokesman, in an email yesterday to the Voice of OC.

Earlier this week, state public health officials noticed an uptick in cases across the state.

And a case bump prevented Orange County from moving into the Tier Three of the state’s tiered coronavirus business reopening guidelines.

That means OC won’t be able to reopen bars for outdoor operations and allow more people into restaurants, churches, gyms, movie theaters and malls as the county remains in the red tier, or Tier Two. Bowling alleys also remain closed.

One key metric for moving through the tiers is having less than an average of four daily new cases per 100,000 residents.

As of Thursday, OC was at 5.73, which is showing a slight increase of cases over a seven-day period.

Chau attributed the bump to Labor Day weekend, but didn’t offer any specifics.

Since the pandemic began in March, the virus has killed 1,281 county residents out of 54,118 confirmed cases, including six new deaths reported Friday, according to the county Health Care Agency.

Along with the case bump OC saw, hospitalizations also saw a slight bump.

As of Friday, there’s 175 people hospitalized, including 48 in intensive care units. That’s up from 162 on Monday.

Over 881,000 tests have been conducted throughout OC, which is home to roughly 3.2 million people. Some people, like medical workers, get tested numerous times.

The Irvine Unified School District has invested more than $21 million in health and safety measures including air purification units, personal protective equipment and training for staff

The district’s 22,000 students returned to the classroom last Thursday — one of the first districts to do so — despite mounting opposition from some teachers who have expressed concern for the safety of students, colleagues and their families.

Testing has been one of those concerns.

Neither school districts or the county Health Care Agency are requiring testing. However, the Irvine Unified School District is doing optional free testing for its employees. An employee can get tested every two months or sooner if needed due to an exposure. There are also over 50 testing sites in the County that administer them for free.

“You really have to do testing up to twice a week in order to have testing provide a sustained significant benefit for any kind of group. Logistically that poses all kinds of issues,” Zahn said about mandating tests at school.

In the Los Angeles Unified School district, a negative coronavirus result will be an admission requirement to return to school in person.

Orange County isn’t doing any of that.