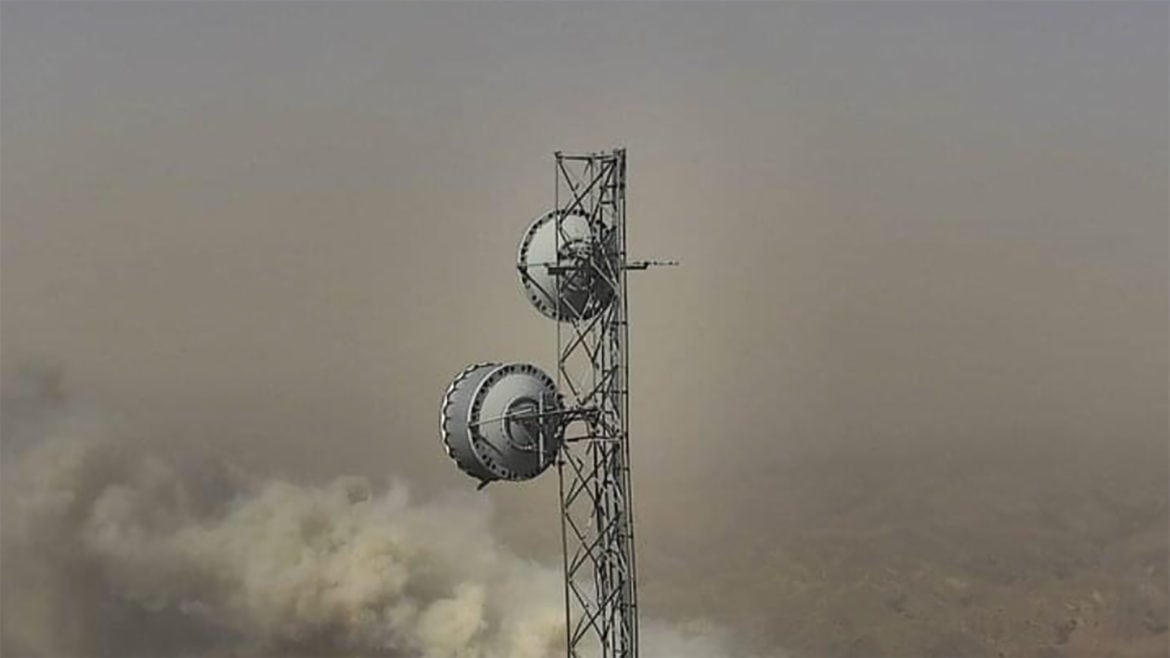 As the Silverado Canyon Fire continues to burn over 7,000 acres in Irvine, Orange County officials are now watching a new fire near the Yorba Linda and Anaheim Hills area.

According to Orange County Fire Authority Fire Chief Brian Fennessy, the fire has already spread to 1100 acres as of 4:45 Monday evening.

The National Weather Service confirmed the existence of the Blue Ridge Fire, originally called the Green Fire, shortly after 1 p.m. today, warning Yorba Linda residents should be on “high alert.”

If the map below does not load, click here to view.

The main Orange County Emergency Operations hotline can be reached at 714-628-7085.

Evacuation centers were announced in a press release this afternoon after hours of no information, listing Esperanza High School in Anaheim and Valencia High School in Placentia. The release recommended taking small pets to OC Animal Care Services office at 1630 Victoria Road in Tustin.

Quick Links: Voice of OC Disaster Central | Guide: What to do Before, During & After a Wildfire | Map: Live California Wildfire Map with Historical Data | Database: Major Historical Wildfires in and Near Orange County

Students have already been evacuated from the Bryant Ranch School in Anaheim, which serves the Placentia-Yorba Linda Unified School District. They are being bussed to Esperanza High School in Anaheim to reunite with their parents.

The renaming of the fire mid-response led to some confusion among the public as to whether the Green Fire and Blue Ridge Fire were the same, even leading to miscommunications between different public agencies.

Anaheim City spokesman Mike Lyster said the city would be taking a leading role in the response as the Orange County Fire Authority handled the Silverado Canyon Fire, and also could not confirm whether or not the Green Fire and Blue Ridge Fire were one and the same.

But in a call with Voice of OC, Shane Carringer, a spokesman for the Anaheim Police Dept., confirmed that OCFA would be handling the response and that Anaheim units would just be assisting.

When asked for further information, Carringer said that reporters would need to speak to a public information officer from OCFA, but that none had arrived on scene yet because they were still responding to the Silverado Fire.

There were already concerns raised last year by a grand jury investigation that Orange County was not ready for a major wildfire event, citing similar problems with communication between OCFA, the city of Anaheim and the public following the Canyon 2 Fire in 2017.

Noah Biesiada is a Reporting Fellow at Voice of OC. Contact him at [email protected] or on Twitter @NBiesiada.