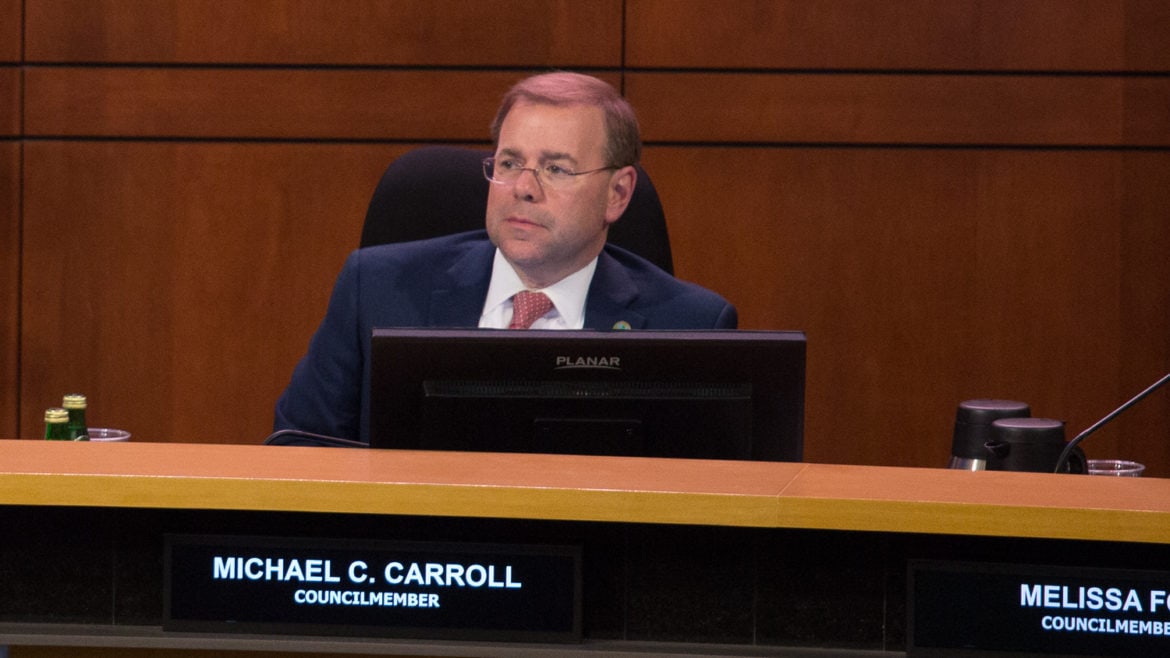 Irvine City Council members will have the final say on a series of controversial taxpayer funded mailers by Councilman Mike Carroll, deciding whether or not he can use his staff budget to finance independent messages over a year after the first mailer was sent out.

The mailers first came to light in September, when Councilwoman Melissa Fox filed a complaint with the California Fair Political Practices Commission, the state’s chief watchdog, over $70,000 Carroll spent on mailers in the past year advertising several events he hosted.

The mailers did not explicitly endorse Carroll’s campaign, but prominently featured his name and invited residents to town halls and other exclusive events. It is still unclear what mailing list Carroll used for the mailers, and the events were also promoted on his Facebook page.

Carroll, who is currently on track to win a four-year seat on the city council in the latest election results, said that any allegations of him attempting to steal taxpayer money were false, and that he was never told by city staff he wasn’t allowed to send out mailers.

Carroll says his plan was to use portions of his $90,000 staff allocation to pay for the mailers by furloughing his staff to better communicate with Irvine residents. Each council member receives that allocation, coming to nearly half a million dollars in staff for the full council.

“I saw this as completely taxpayer neutral,” Caroll said in a phone call with Voice of OC last Friday.

Under the city’s own policy, which Carroll voted to approve in July 2019, the staff funds cannot be used for anything other than salaries without the approval of the city council. But Carroll said he thinks that policy should be changed, and that the council should set up an official mailer policy.

“I look forward to making things crystal clear with my council colleagues with respect to how we can spend resources,” Caroll said. “Each council member of the city of Irvine gets approximately $100,000 a year, and council members should be able to spend that as they see fit to assist the 280,000 residents of Irvine.”

A public records request by Voice of OC also found that several members of city staff, including Assistant City Manager Michelle Grettenberg and Deputy City Manager Melissa Haley, helped create and distribute the mailers, along with members of Carroll’s staff before they were furloughed.

Any investigation into the spending appears to have stalled, with the FPPC declining to investigate and no decision by the city council to initiate an internal review of how the spending was approved.