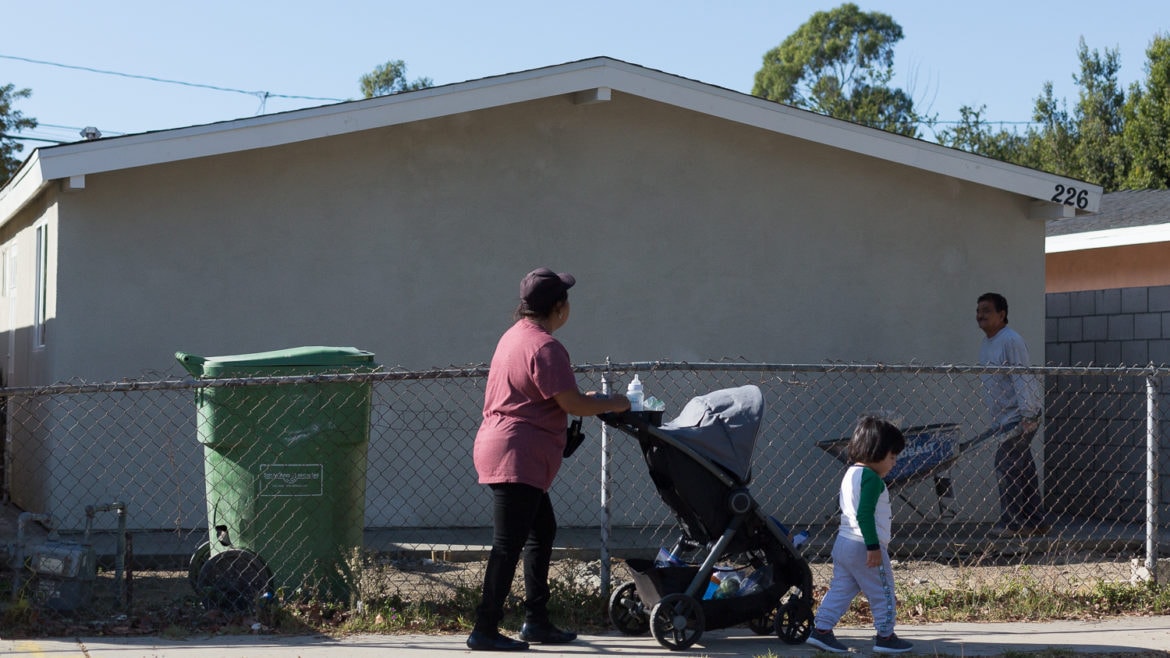 Santa Anita neighborhood located on the west side of Santa Ana.

A park-poor, central Orange County neighborhood touched by a gang injunction, hungry for open space and vulnerable to the rising cost of living could find a critical lifeline in one of the area’s last untapped pieces of green land, currently known as the Willowick Golf Course.

But other interests — namely developers looking for housing and commercial real estate, and two cities looking for their next engine of economic growth to climb out of a pandemic-induced recession — have their own visions for the site as well.

The fate of the land, and the historic Santa Anita neighborhood around it, now hinges on a potential three-way battle between activists and two government bodies, reshaped by recent elections, in Santa Ana and Garden Grove.

Here’s something many can agree on:

The public safety settings, traffic, economic status, ethnic makeup, and even air quality around this area depends on whatever happens to the 103-acre golf course — located in west-end Santa Ana, legally owned by Garden Grove, and coveted among for-profit developers.

About the Santa Anita Neighborhood

Data on this area, which the City of Santa Ana provided to Voice of OC last year:

Yet activists and Santa Anita residents fear exactly that, turning out in large numbers over the last few years to protest any for-profit development on the site they argue would price out and push out the area’s adjacent, predominantly-nonwhite residents.

Thanks to recent elections, the stage may be set for new contrasting visions and a public debate between — or even amongst — both city councils over what the property should look like:

Many of the same Garden Grove City Council members who once came close to leasing the property to McWhinney, a hotel resort developer, will remain in office, but a much younger City Council is set to take hold in Santa Ana, with some incoming politicians directly aligning with Willowick activists’ strict open space and affordable housing demands.

Flor Barajas-Tena, one of many local organizers uniting with Santa Anita residents under a coalition called Rise Up Willowick, points out it’s all because of the coalition that issues of open space and environmental justice are front and center in the Willowick debate in the first place.

In the year since Rise Up Willowick got involved, Garden Grove went from refusing to declare the golf course surplus land — meaning state law would prioritize it for affordable housing and park space development — to now requiring developers include both of those components in their proposals for them to even be considered.

“We’ve pushed everyone to our side, to some extent,” Barajas-Tena said in an interview. 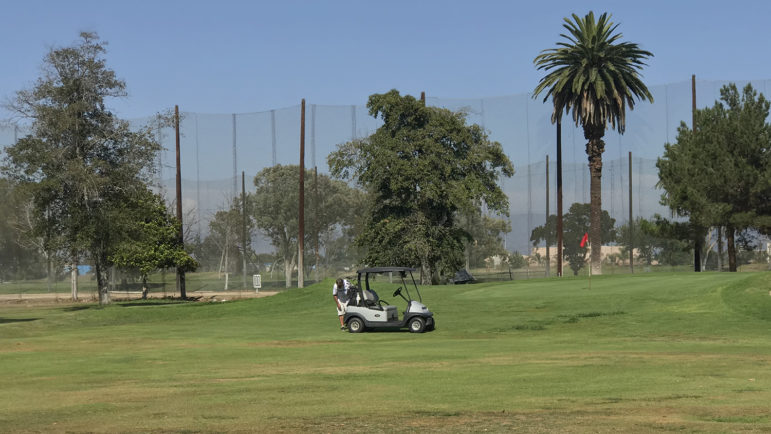 In interviews with Voice of OC, some of the newly-elected council members in Santa Ana took a hard-line stance that any proposal for the land that didn’t have the neighborhood’s overwhelming support wouldn’t have theirs either, while others elected in both cities voiced a desire for some type of compromise.

In Santa Ana, two young progressives who line up the most with Rise Up Willowick’s demands, Jonathan Hernandez and Jessie Lopez, are on track to take seats on the council.

Who Are the Groups Vying for Willowick?

The following groups have submitted proposals outlining their visions for what the golf course should turn into. Click here to access their plans for business, affordable housing and open space at the site, which Garden Grove staff are still reviewing.

Lopez criticized Garden Grove officials for their sporadic release of information to the public in the past and for rarely engaging with community members up to the time the city agreed to declare the golf course as surplus land.

“I’m not oblivious to what the Garden Grove City Council has done in the past,” Lopez said. “Do I think there are going to be conflicting visions? Absolutely.”

She added: “I know the Santa Ana City Council and community are going to have to be bold and have courage to stand up to anything that doesn’t have community support. We need to look at the vision that Rise Up Willowick has brought forth.”

Similarly, Hernandez declared: “If the proposals for this property are pushed mostly for development and profit, it’s not going to have my support.”

On the other side of the neighborhood, Garden Grove Councilwoman Kim Nguyen said she’s all too aware that a struggle may be on the horizon.

“Two cities, two possibly competing interests — it’s going to be a challenge,” Nguyen said. “I think it’ll get ugly before it gets pretty, if we’re being honest.”

Nguyen defended her city and council colleagues against claims of non-engagement, maintaining they always planned to include the community in any discussions around the site and recounted during her interview the times she met with community members on the project, hearing ideas from some families about housing and walking trails at Willowick.

Though she admits there are times the city could have done better at communicating, specifically when Garden Grove was about to lease the property to McWhinney last year despite intense public protests.

“The plan (with McWhinney) was always to include the community. I don’t know if we clearly communicated to the community that input would be received even past the selection,” she said. “Whatever plans we were looking at weren’t going to be final.”

Nguyen looks at Willowick as an opportunity to put her neighborhood “on the map.” The district she represents is right next to Santa Anita, and shares systemic public safety and youth environment issues stemming from the area’s controversial Townsend Gang injunction.

The civil court order was issued in 2014, spreading a “safety zone” over west-end Santa Ana restricting the everyday activities of the Townsend Street gang members. 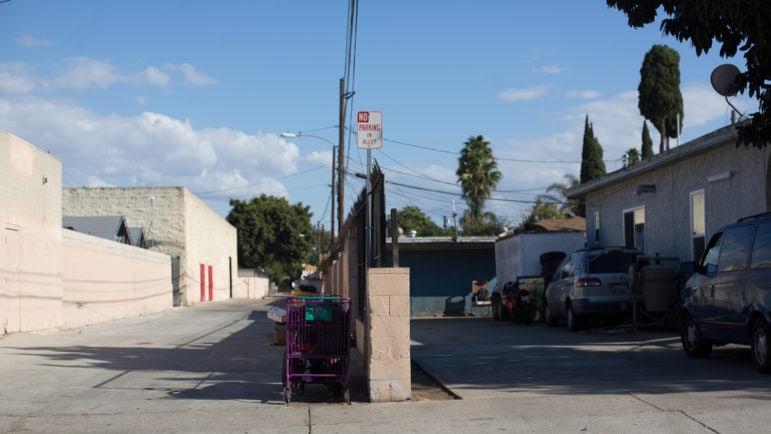 A community hub. A public gathering space. A sports area. These are all possibilities Nguyen said she and her colleagues had been thinking about for Willowick as an opportunity to bring much-needed revenue to both her city, reliant on hotel-taxes and tourism commerce, and Santa Ana, heavily dependent on sales tax.

Nguyen said she does want to see a community benefit to the site. “Like I said, it’s a huge chunk of land that I think can have all the different things that can satisfy everyone to some degree. I’m optimistic we can all come to a good compromise.”

However, it’s the argument that one has to make money from the site that Barajas-Tena said she takes issue with.

“We always have to hear the have-tos on the city and developer side. We never hear the have-tos on the community side, like ‘we have to create parks.’ It’s always, ‘developers or the city have to make money,’” Barajas-Tena said. “There’s always this narrative of economic development, but economic development is always at the expense, not inclusive, of the community.”

Hernandez said “If we’re going to have some commercial businesses there, you best believe whoever’s owning them better be living in that barrio.”

“That’s what we call ‘buying back the block,’ creating infrastructure to employ the very people who live in the neighborhood,” he added. “That’s the only type of commercial use I’m supporting.”

Asked about Willowick, two other politicians on their way to new positions in Santa Ana expressed more openness, like Nguyen, to compromise.

Current Councilman Vicente Sarmiento, who will be the city’s first new mayor in more than 26 years, said “we understand that nearby residents have been real supportive of open space and affordable housing — I think my views are consistent with those, and they haven’t changed.”

But he added he’s supportive of different ideas for the property “coexisting together.”

Thai Viet Phan, a current planning commissioner who will be Santa Ana’s first Vietnamese American council member, said she’s an “in-the-middle” type of consensus person, and has always been hesitant with the idea of keeping Willowick 100% open space — “we do need housing.”

Even with the space remaining untouched, Phan hypothesized “if your home is right next to a public park, the (tax) assessments even then still could be higher,” responding to questions about the possibility of any development on the site pricing nearby residents out of their homes. 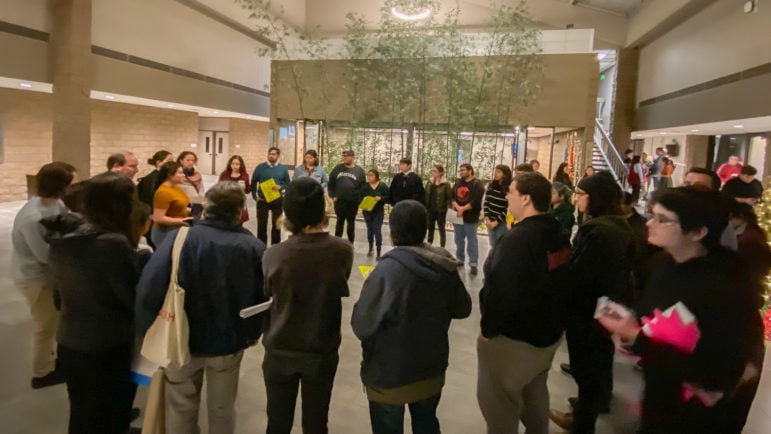 Residents of the Santa Anita neighborhood gathered at Garden Grove City Hall back in December, 2019, when they protested a deal to lease Willowick to McWhinney, a hotel resort developer.

On the other hand, to add “resident-owned small businesses there,” the city can “generate revenue back to the community, versus a park with no revenue generation,” Phan said, weighing the need for open space with a COVID-19 budget shortfall hitting Santa Ana in the tens of millions of dollars.

Like Phan, Nguyen also looked to the COVID-19 pandemic and its crippling effects on her city’s local economy.

“If people are traveling between Garden Grove and Santa Ana to eat, hang out, that’s going to be excellent for us post-COVID. We’re in proximity to a ton of things: freeways, the airport, Little Saigon — I’m excited for what this could potentially be,” she said.

Lopez said she doesn’t support the community becoming “bargaining chips” in order to “create a little bit of profit. That’s what we’ve seen here in Santa Ana over the last couple of years: ‘Hey were in a deficit, let’s raise money and harm families.’”

She added that Willowick attracting the attention of developers and building trades “isn’t necessarily a bad thing,” but “when we start to cater to those groups, we lose sight of who’s going to be impacted. Sometimes politicians don’t care.”

Phan looked at California’s rent control laws — “not the best, but we do have them” — and the state’s Prop. 13, which limits increases to residents’ property taxes, as ways of protecting the Santa Anita residents from whatever happens to Willowick.

And while Phan herself has been publicly on the fence about supporting a city rent control ordinance, she said that too “isn’t off the table” if there’s a situation where development on the property becomes a clear burden on residents. Lopez, Hernandez, and Sarmiento have also supported rent control throughout their campaigns.

At the end of the day, Barajas-Tena said it will come down to the activists to ensure that whatever happens to Willowick aligns with the surrounding neighborhood’s wishes.

“This misconception that cities are just going to do the right thing all the time — that underscores the idea that power concedes nothing without a fight,” she said.

That fight appears to be on its way.