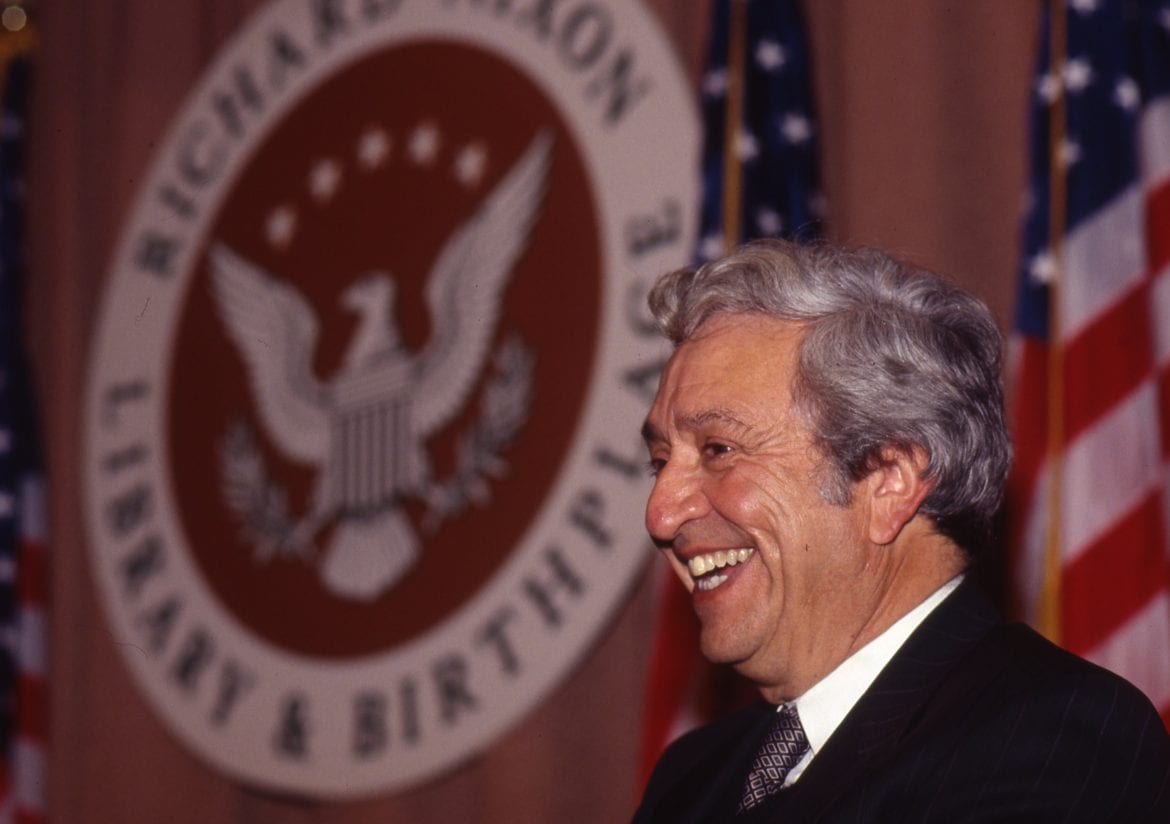 “One word defines Bruce Herschensohn: patriot,” said Hugh Hewitt, President of the Richard Nixon Foundation. “A resonant, mellifluous voice for freedom, he was always calm, always insistent on the truth that people needed to be free, wanted to be free and would be free. Though he’s no longer with us, his role as freedom’s champion will live on through his films, his writings and his students.”

Bruce began his career as a box-boy at Ralphs Grocery, then climbed the ranks of RKO Radio Pictures from messenger runner into the Art Department. After service in the U.S. Air Force, he began his own motion picture company. One of the films he wrote, directed, edited, and scored was the feature-length documentary “John F. Kennedy: Years of Lightning, Day of Drums” for the United States Information Agency (USIA).

He was appointed Director of Motion Pictures and Television for the USIA. During his tenure, the USIA received numerous awards for film and television productions, including an Academy Award.

In 1969, Herschensohn was selected, alongside astronaut Neil Armstrong, as one of the Ten Outstanding Young Men in the Federal Government and received the Distinguished Service Medal.

He was appointed Deputy Special Assistant to President Nixon in 1972, with a broad portfolio of responsibilities.

President Nixon said of Herschensohn, “He is particularly well qualified in an area I find important, foreign policy. He is an expert in that area.” 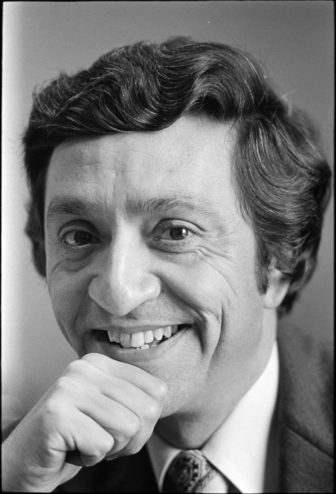 On August 7, 1974, Herschensohn visited President Nixon in the President’s private study, where he implored the President not to resign from office the next day.

From 1978 through 1991, Herschensohn was a popular political commentator in Los Angeles on both KABC-TV and KABC-Radio. In 1980, he joined the Reagan Presidential Transition Team.

Herschensohn won the Republican nomination for the U.S. Senate in California in 1992. He was narrowly defeated by Barbara Boxer in the general election, but received over four and a half million votes, over one million more votes in California than the national Republican ticket.

He visited more than 90 countries in his lifetime. He taught “The U.S. Image Abroad” at the University of Maryland, taught foreign policy as the Nixon Chair at Whittier College, worked with Aleksandr Solzhenitsyn in Zurich, and served as Chairman of the Board of Pepperdine University in Malibu, California, where he was a Senior Fellow in the School of Public Policy and from which he received an Honorary Doctor of Law degree.

To the delight of his friends and fans, Herschensohn made countless appearances and gave dozens of speeches at the Nixon Library and Birthplace over 30 years, notably delivering the keynote address at President Nixon’s Centennial Birthday Celebration, just steps away from the home in which President Nixon was born.

“Some individuals deserve to have dictionary words bestowed upon them in life.  For Bruce Herschensohn, ‘loyalty’ stands out. Once Bruce became your friend and ally, he never left your side…never.  His loyalty to country, to principles, to comrades and to ideals never wavered, never waned.  President Nixon had the highest of respect for Bruce, but, even more, also spoke of his steadfast sense of honor and duty.  When he spoke of Bruce, it was always with warmest words of  affection.”

“Bruce Herschensohn was a patriot.  A man of the greatest personal integrity. He loved Richard Nixon and never wavered in his support and admiration of the President. I loved Bruce like so many who knew him.  He will be missed, but never forgotten.”