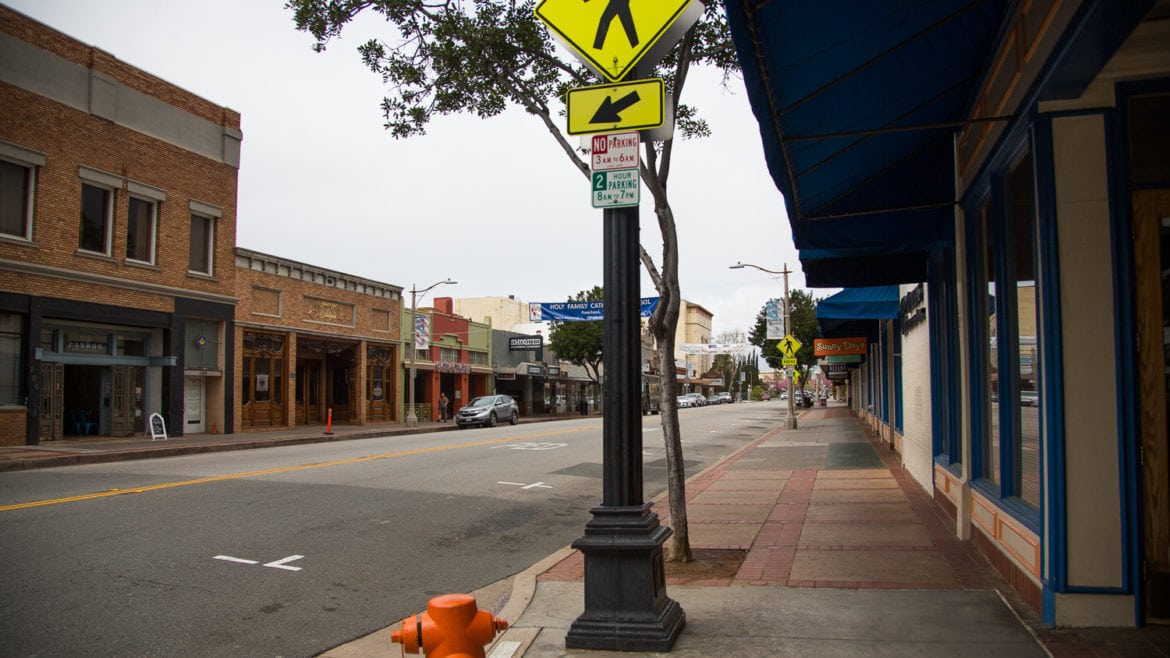 Orange County residents, along with all of Southern California, will soon be urged to stay home as much as possible following Gov. Gavin Newsom’s shutdown order in an effort to curb skyrocketing hospitalizations and daily case increases.

Nonessential businesses like beauty salons and barber shops will be ordered closed. Outdoor restaurant dining will be shut down too. Retailers will have to limit people inside to 20% of building capacity. Schools that are already open won’t be affected.

Newsom also announced a wave of business relief measures, like a three-month sales tax deferral for small businesses and a $1,000 tax credit per newly hired workers for employers for a total of up to $100,000 in tax credits.

There’s also half a billion dollars in bailout money for smalls businesses to stay afloat. The businesses can apply for $25,000 grants.

The order might not come if trends turn around, but that’s unlikely.

The regional order will apply to Southern California once intensive care unit capacity drops below 15% in the region — something state public health officials expect to happen within a matter of days.

“The bottom line is if we don’t act now, our hospitalization system will be overwhelmed,” Newsom said at a Thursday news conference. “We’ll continue to see our death rate climb, more lives lost.”

The order, similar to the previous one issued in March, basically urges residents to restrict movement to essential activities like grocery shopping and filling gas tanks. Outdoor exercise isn’t affected by the order either.

“Regions where the ICU capacity is falling below 15% we are now mandating, we are implementing a stay at home order for three weeks,” Newsom said.

Newsom’s order comes as Orange County hospitalizations have been skyrocketing at dramatic rates, exceeding July’s peak of 722 people in hospitals on Thursday.

According to state data, 735 people are hospitalized in OC, including 172 in intensive care units.

The county saw a roughly 230% increase in hospitalizations in November.

When the month began, 183 people were hospitalized.

When November ended, 605 people were hospitalized — over a threefold increase.

Public health officials, doctors and experts fear spikes in cases and hospitalizations stemming from Thanksgiving, where many people traditionally eat dinner with extended family and friends.

“We anticipate a surge on top of a surge,” Newsom said. “These are pre-Thanksgiving day numbers.”

Before the stay-home order was issued Thursday, some intensive care unit doctors were already worried about hospitalization rates becoming unsustainable.

“Since we had kind of that spike in case numbers prior to Thanksgiving, then we anticipate what we’re calling a Thanksgiving effect. The fact the guns were primed prior to Thanksgiving to go off full blast, we’re all concerned by Christmas we could be overwhelmed,” said Mission Hospitals Dr. Jim Keany in a Tuesday phone interview.

Keany, who treats patients in the intensive care unit, said some critical care services, like postoperative care for heart surgery patients, were already being impacted.

“The lockdowns that started in March resulted in a peak in July, then we started seeing improvement. So it was a slow moving target,” Keany said.

“I would imagine we’re not going to see any benefits from a lockdown for a month or two. Because the last time, it definitely flattened the curve over time. Right now the curve is not flat, it’s a spike shooting straight up towards the ceiling,” Keany said.

Keany also said some virus patients have been treated in the ICU for months.

“This is not just a bad flu,” Keany said. “I’d say of the (coronavirus) patients I admit, I’d say 75% end up in the intensive care unit.”

He also said some patients will battle conditions caused by the virus for months, including “lack of energy — they basically can’t even get through a normal day without excessive fatigue — all the way to long term neurologic problems. And the blood clot issue, once you have a blood clot in your lungs, you have to be on blood thinner anywhere from 6 months to a year.”

And there’s been a string of recent weekend protests in Huntington Beach and San Clemente by residents who are defying the statewide curfew Newsom issued last month.

The curfew calls for residents to restrict nonessential movements from 10 p.m to 5 a.m. Nonessential businesses are supposed to be closed during that time also.

It’s unclear if the curfew has had any effect on slowing the spread as state public health officials haven’t released any studies or data on it.

It’s also unclear how enforcement of the new stay home order is going to work.

Barnes has publicly said he won’t enforce the statewide mask mandate or the curfew and instead directed his deputies to take an “education-first” approach.

Hospitals in many states throughout the Midwest are reaching — or have reached — maximum capacity and are desperately searching for more hospital beds.

And the West Coast is also seeing rapid rises on hospitalizations and cases.

Those trends could impact how OC and the state handles the second wave, which is already battering California harder than the first wave, because medical staff are already being pushed to their limits at hospitals across the country.

The impacts from the first U.S. wave were drawn out over the spring and fall, starting on the East Coast in April and March and hitting the West Coast in June and July.

“In the first wave we had first waves, plural. We had the Northeast, the Midwest and California all peaking at different times. The Northeast in April, and California in July and the midwest  towards September,” said UC Irvine epidemiologist Andrew Noymer in a Friday phone interview.

The staggered waves allowed for medical staff to be flown into various states to help with hospitals overwhelmed by virus patients.

Now the second wave is hitting a majority of the United States at one time.

“We know that staff are one of our most precious resources at this time and they’ve been on that frontline for many, many months.”

Dr. Michael Katz, who treats virus patients in the ICU St Jude’s Medical center in Fullerton, said hospital officials have been planning for a surge in hospitals.

“We are better positioned now than before with respect to supplies and equipment we need,” Katz said. “At this moment in time (Tuesday), we believe we’re well positioned and we still have quite a bit of capacity.”
Here’s the latest on the virus numbers across Orange County from county data:


A previous version of this story stated the $1,000 business tax credit applied to all employees, instead of newly hired employees. We regret the error.