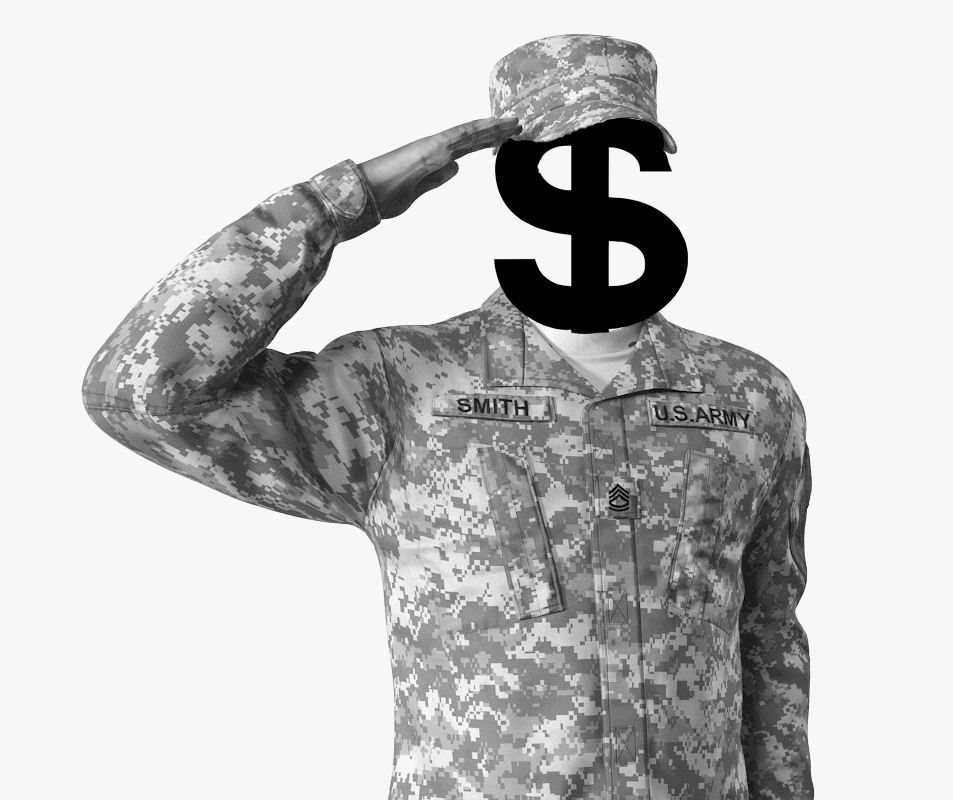 President-Elect Joe Biden must act quickly to protect the veterans Donald Trump has so callously held in public contempt. Not only did the President describe service men and women who die in battle “suckers” and “losers” this year, he enabled an entire industry to defraud veterans and gorge on the federal funds awarded them. Millions of dollars meant to help former service members live the American Dream through higher education has gone instead to Trump’s friends in for-profit college and predatory lending businesses.

Biden should waste no time repairing the tattered safety net that has allowed veterans to fall into the waiting arms of unscrupulous corporate executives who see them as “dollar signs in uniform,” as a two-year U.S. Senate investigation into the industry concluded. Lost in an unnavigable system, far too many veterans are stuck with worthless degrees, crushing student loans and overwhelming frustration.

Desperate veterans are easy marks for con artists, crooks and rapacious plutocrats trying to separate them from their government benefits. Many returning veterans face few or no job prospects and have to manage disabling injuries. Assistance is out there, but it’s not easy to get. In Orange County, they wait months for an appointment with a service officer to cut through the red tape of the Veterans Administration, among the nation’s most bureaucratic, unresponsive and negligent federal offices.

With the help of free-market lawmakers, a multi-billion-dollar industry to exploit veterans seeking to improve themselves through education has flourished for decades. For-profit colleges emerged as the Next Big Thing on Wall Street in 1990s and early 2000s. Few beside reformers cared that 90 percent of the profits earned by these commercial colleges came from taxpayer funded veteran benefits. Investing in for-profit colleges became a license to print money. Cash poured rapidly into expanding chains of unregulated schools.

To boost profits, executives of those chains sent recruiters to VA hospitals to enroll wounded warriors. They hid their deception by forcing students to submit to binding arbitration. For years an appalling case in point was the Santa Ana-based Corinthian Colleges, founded by a cartel of businessmen living in Newport Beach, San Juan Capistrano, Huntington Beach, Laguna Hills and Coto de Caza.

Corinthian ran a network of for-profit campuses spread across the United States and Canada. The company misled students into believing the U. S. military endorsed their degree programs. They fabricated graduation and job-placement rates, urged students to borrow more money for tuition than they could afford to repay, and charged up to six times the cost of community college. Corinthian collapsed beneath of mountain of fraud claims in 2015, filed for bankruptcy and left thousands of students holding unforgivable debt.

Vice President-elect Kamala Harris won a $1-billion judgment against Corinthian as California’s attorney general. Student settlements are ongoing. But the wealthy Orange County executives who made millions escaped with their personal fortunes intact.

Unfortunately, the shady tactics Corinthian used to lure veterans to buy bogus degrees are all too common in the barely regulated world of for-profit colleges. The Obama White House cracked down on fraudulent for-profit schools and made it easier for swindled students to have their loans forgiven.  But Trump abandoned those efforts when he took office in 2016.  He vetoed a bill to step up debt forgiveness for defrauded veterans, angering veteran’s groups nationwide. His Education Secretary Betsy Devos junked debt relief, attacking the program as a pot of “free money” for students with manufactured fraud claims. She lifted a ban on federal funding to unscrupulous colleges. She made it harder for students to prove that they’d been cheated. In a final act this year she rejected 94 percent of the tens of thousands of fraud claims filed against for profit schools with legal reasoning a federal judge called “disturbingly Kafkaesque.”

Even when Trump leaves office, free-market lawmakers will continue to support for-profit colleges, insisting that competition to enroll more veterans — and collect the federal funds they bring with them — will improve the quality of programs those schools offer. Opponents, including nearly all of the nation’s veterans’ groups, disagree. They want Biden to restore the veterans’ debt-relief programs immediately and to strengthen efforts to investigate and punish for-profit colleges that abuse the nation’s vets.

Besides action from the White House, Congress needs to change laws that allow for-profit schools to binge on federal funds linked to the new GI Bill. The Armed Forces need to strengthen college counseling. State governments need to put bad schools out of business. And non-profit colleges need to work much harder to recruit returning soldiers.

Vets are more than a bunch of “dollar signs in uniforms.” After World War II, Americans understood the value of a high quality college degree. The government invested heavily in educating veterans, and those patriots returned the favor by fueling an historic economic boom. Today’s vets deserve the same, and not just because the returns will handsomely reward the nation. It’s because these men and women risked their lives to help protect the country we call home. That should be reason enough.

Susan F. Paterno is the author of “GAME ON: Why College Admissions is Rigged and How to Beat the System” forthcoming from St. Martin’s Press in June 2021. She is an English professor at Chapman University.

John Nielsen teaches journalism at Chapman University. He is the author of the best-selling “Condor: To the Brink and Back–The Life and Times of One Giant Bird,” and was a National Public Radio reporter based in Washington D.C. for nearly two decades.