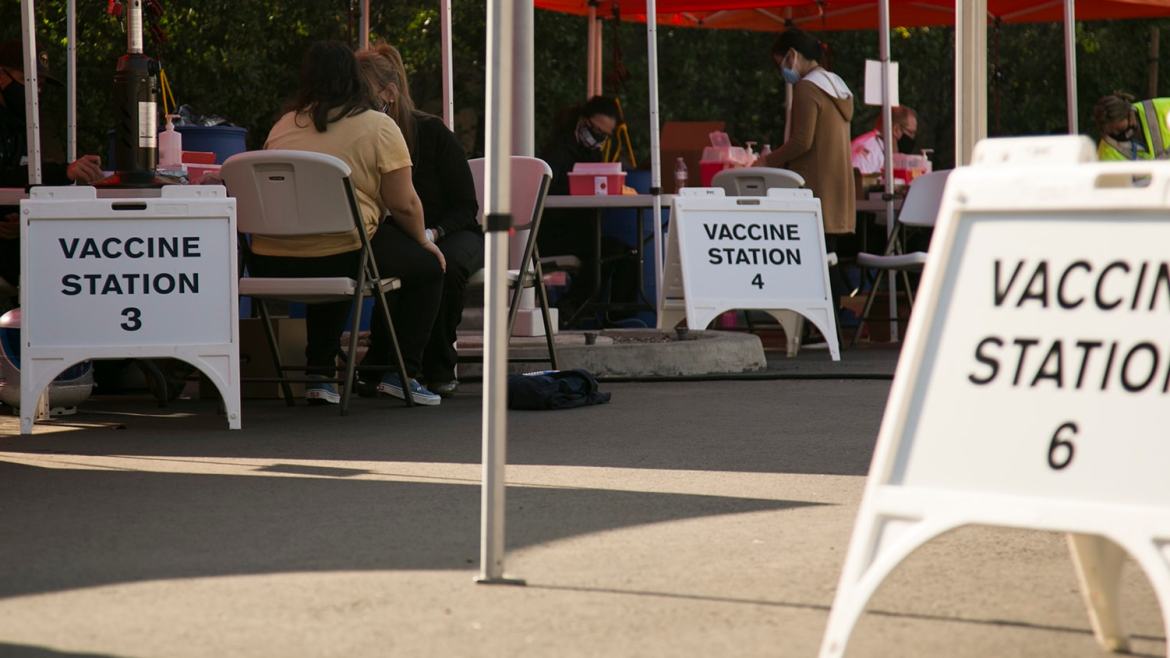 It’s been one of the deadliest weeks yet for the Coronavirus pandemic in Orange County, with 219 residents reported dead, according to the daily fatality reports released by local health officials Monday.

The daily death numbers reported by the county Health Care Agency, like the 29 new deaths reported Monday, can stretch back several weeks due to reporting delays. Fatalities are reported in daily batches that often go back for weeks.

Nonetheless, the most recent tallies of deaths are the largest ever.

Orange County public health officials are now pushing to increase coronavirus vaccinations after a slow start statewide, and officials are scrambling to set up five supersites to begin vaccinating waves of people.

“To not only vaccinate our own patients, because we provide care to over 400,000 individuals in this county, which the majority are communities of color who have been affected disproportionately. We can also serve as vaccination sites for the population at large,” Becerra said in a Monday phone interview.

Becerra, who also sits on the county vaccine task force, said the logistics behind the vaccinations are tricky.

“The Moderna vaccine comes in trays of 100, they cannot break those trays up. So an entity or a pod (vaccination center) needs to commit and distribute at least 100,” Becerra said.

“Contrary to initial beliefs that there would be a slow uptake, there’s been a tremendous uptake on vaccines,” Becerra said. “I think seeing the providers to roll up their sleeves to get the vaccine encourages anyone around them who might have had apprehension about the vaccine.”

Last week, county Health Care Agency officials announced they would be creating five vaccination supersites around the county, which they call “pods.”

While officials are trying to vaccinate more health care workers and vulnerable seniors, no appointments were available through the website as of Monday.

The Orange County Fire Authority headquarters in Irvine has been vaccinating doctors and medical workers.

The OC Health Care Agency is also looking to recruit medically trained volunteers to bolster its vaccination efforts at the five planned supersites.

Meanwhile, scores of readers have been emailing Voice of OC expressing concerns of vaccination delays and question when they’ll get the vaccine.

County health officer Dr. Clayton Chau hasn’t held a news conference or given a public update about the overall virus situation from the Health Care Agency since Dec. 16 — nearly a month ago.

Gov. Gavin Newsom also set a goal of 1 million additional vaccinations by the end of this week.

There’s been a renewed effort by state public health officials to vaccinate more people by allowing local health departments to jump between phases in the vaccination priority tiers.

“If there’s a dose that’s sitting there and there’s nobody queued up in line … we want to move to other priority groups,” Newsom said.

The state recommendations come after some confusion in vaccine guidelines — the state vaccination guidelines put primary care doctors in the second tier of the first phase, while guidelines the county used seemingly had private practice staff at a higher priority.

Meanwhile, county hospitalizations are holding steady, with 2,221 people hospitalized, including 544 in intensive care units as of Monday.

“We’re hopeful that we’re seeing the surge now and it isn’t significant as we anticipate. But we still have a few more days before we can confidently say it isn’t as high as we have feared,” said Secretary of the state Health and Human Services Agency, Dr. Mark Ghaly, at the Monday news conference.

Since the pandemic began in March, the virus has now killed 2,120 people out of 191,861 confirmed cases, including 29 new deaths reported Monday, according to the county Health Care Agency.

Daily new deaths reported by the agency can stretch back for weeks because of reporting delays.

The county surpassed 2,000 deaths Saturday when it reported 43 new deaths, which was a daily record.

The record was broken the next day.

The coronavirus is also spreading like wildfire in OC jails.

So far, the virus has killed one inmate.

Superior Court Judge Peter Wilson is looking to appoint a moderator who will decide which medically vulnerable inmates get transferred from jail into a different type of custody.

Wilson also pushed back on Barnes’ position that the transfers pose a threat to the community.

“Throughout this discussion, I used ‘release’ the way I used it the first time – which is I don’t mean get-out-of-jail-free card, I mean either moving to a different facility or being placed under supervised release – electronic monitoring, etcetera,” Wilson said at the Friday court hearing.

Ghaly said the state is in the beginning of the long-feared holiday surge.

“I think we’re in the early parts of that holiday surge. It looks encouraging at the moment, but we’ll keep watching those numbers in the coming days.”

Spencer Custodio is a Voice of OC staff reporter. You can reach him at  [email protected] Follow him on Twitter @SpencerCustodio