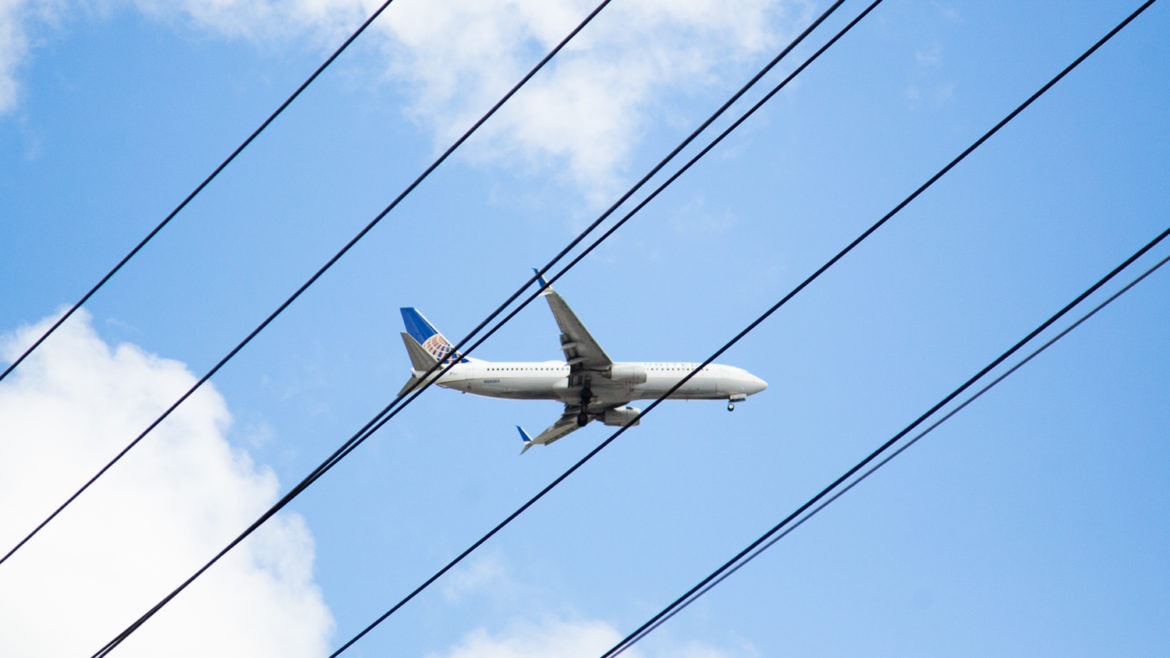 A commercial flight arriving to John Wayne Airport on March 19, 2020.

A high-end charter jet service offering people unique access to John Wayne Airport is getting another chance at survival on Tuesday, as Orange County officials could reverse course on previous attempts to boot the company, known as JSX, at their next meeting.

That’s thanks to JSX’s unusual arrangement at John Wayne, where the company can fly its jets out of a facility reserved for small propeller planes, private jets and other non-commercial aircraft — separate from the other airlines that are required to fly out of the Thomas F. Riley terminal.

But such an arrangement raised the ire of the airport’s neighboring communities like Newport Beach, long frustrated over noisy jets flying over their homes. JSX has maintained that its jets are some of the quietest at John Wayne, pointing to studies like this one at the airport.

Supervisors approved those plans in September, despite a public opposition campaign by JSX and some of the company’s staff and customers.

Subsequently, the company filed a lawsuit against the county in December seeking to overturn the ban, which then prompted a federal judge’s preliminary ruling last week temporarily doing just that.

Now county Supervisor Don Wagner is requesting his colleagues back off the JSX ban in a vote at their Tuesday meeting, in light of the ruling.

Wagner didn’t respond to phone requests for comment Friday. Previously, he told Voice of OC he was interested in keeping JSX at the airport, and in one December closed session meeting voted not to have the county’s lawyer to defend the county from JSX’s lawsuit.

The county’s JSX ban was welcomed by activists and city officials neighboring the airport who were paying close attention to the airport hangar upgrade efforts — fearing that what started out as a small airfield was yet again setting the stage for an expansion.

Such pressure moved supervisors to revise their airport efforts, which included a commitment by former supervisor Michelle Steel, whose district straddles the airport, to limit the amount of large jet space permitted at those overhauled airport hangar facilities.

But Wagner’s request for Tuesday turns a new page in the years-long county airport fight — which has so far unleashed a mix of political and corporate jockeying and corruption claims — and bolsters JSX’s new lease on life at John Wayne.

Those are checkpoints that screened JSX passengers can bypass.

JSX has refused to disclose the details of its own security process, which it maintains is federally authorized, calling them “security sensitive.”

“JSX aircraft are accessed by very few people and JSX has industry leading weapons and explosives detection technology and the same TSA background checking as the major air carriers,” said JSX spokeswoman Meghan Patke in response to inquiries for a prior story.

The company’s ability to provide such a service comes from its sublease with one of the airport’s non-commercial hangar operators, ACI Jet, which has allowed JSX to fly planes out of there since June of 2018.

ACI Jet was one aviation company selected by supervisors last year, during the airport expansion efforts, for a renewed contract to lease and upgrade the airport’s general aviation facilities.

But as part of the new agreement, ACI Jet agreed to boot JSX under the new terms. The charter jet company, in turn, organized a public campaign against the new restriction at the time of the supervisors’ vote in September.

But Wagner’s request for Tuesday possibly changes that.

Newport Beach Councilwoman Diane Dixon, who represented residents from her city in their opposition to an increase in noisy jet flyovers, said the removal of JSX from the general aviation facility is consistent with her city and community’s wishes.

“It is my understanding that JSX and the County have been in negotiations to lease JSX space at a location appropriate for commercial uses, and I think this is appropriate and in-line with City policies,” Dixon said.

The company has said it can only operate out of a commercial terminal if a special area is cordoned off for its passengers, who legally can’t enter terminals occupied by TSA checkpoint-screened passengers because JSX passengers undergo different screening.

JSX in its lawsuit against the county, filed in December, claimed “the only reason” ACI Jet would agree to oust JSX is because the county mandated it for ACI Jet to even become eligible to apply for a renewed contract with the airport.

But ACI Jet CEO William Borgsmiller, during a Dec. 23 federal court hearing in the lawsuit case, testified it was “one of many factors that influenced that business decision.”

Still, U.S. District Court Judge Josephine L. Staton in her ruling — which at one point appears to cite video evidence of Borgsmiller speaking with fellow executives at his company — found “it was the county’s decision, not ACI Jet’s, to include the restrictive term in the 35-year fixed base operator (“FBO”) lease between ACI Jet and the county.”