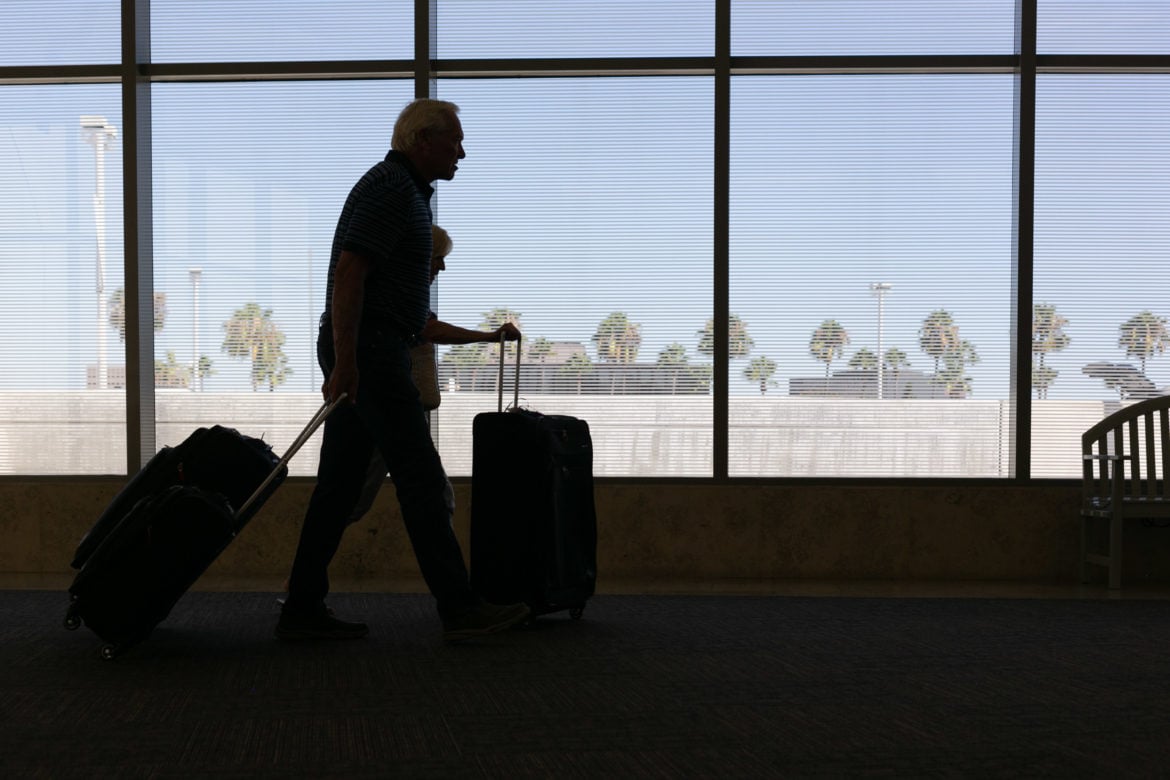 The restriction on JSX was placed when the county Board of Supervisors voted in September to move forward with three aviation companies to operate the airport’s general aviation facilities, which typically service private jets, small propeller planes and other non-commercial aircraft.

JSX is a tenant of one of those companies, ACI Jet, which already operates a general aviation facility at the airport but would have been required to boot JSX under ACI’s new lease terms with the county.

The jet charter touts a flight service to the public with shorter and “hassle-free” check-in processes at the airport, and has operated out of its current facility at John Wayne since June 2018.

The company in its Dec. 14 lawsuit claimed “the only reason” ACI Jet would terminate its agreement with JSX “is because of the restriction the county has mandated to be included in ACI Jet’s new lease.”

But ACI Jet CEO William Borgsmiller during a Dec. 23 federal court hearing testified it was “one of many factors that influenced that business decision.”

“Isn’t it a fact that the reason you eliminated JSX in the bid proposal package was because you were aware that the county did not want JSX to continue operating from your (facility)?” one of JSX’s lawyers, Richard Bridgford, asked during that hearing.

“That is not true,” Borgsmiller replied. Requests to his company for comment Monday went unreturned.

Staton in her ruling found that “it was the county’s decision, not ACI Jet’s, to include the restrictive term in the 35-year fixed base operator (“FBO”) lease between ACI Jet and the county.”

“Defendants have not proffered a valid nondiscriminatory reason for the decision to exclude JSX from continuing its operations at John Wayne Airport,” she wrote in the order.

She continued: “ACI Jet’s ‘business decision’ to exclude JSX was made because it believed that it would lose the bid process for a 35-year FBO lease if it indicated that it wanted to serve plaintiffs.”

JSX in its lawsuit claimed the county “discriminatorily chose” to eliminate JSX “in favor of two large airlines [Spirit and Allegiant Airlines] who plan to provide more of the same type of inconvenient, regularly scheduled service already available.”

At the time of the supervisors’ September vote, airport officials said JSX could continue flying out of John Wayne, but it would have to do so out of the Thomas F. Riley terminal like all the other commercial airlines.

JSX says it screens passengers in a federally-authorized security process that isn’t like Transit Security Administration (TSA) checkpoints. Those are checkpoints that screened JSX passengers can bypass.

Thus, JSX maintains it can’t legally allow passengers to enter TSA checkpoint areas, therefore the company can’t operate in a commercial terminal unless a special area is cordoned off for the service’s passengers.

Asked for details by Voice of OC about JSX’s security process in lieu of TSA check-ins, Patke said “they are security sensitive and not disclosed in detail.”

Faced with the Dec. 14 lawsuit, supervisors voted in closed session to defend the county in court, with supervisors Don Wagner and Michelle Steel opposed.

Asked why he dissented, Wagner during a Dec. 16 interview said:

“The question we face is, at least as the litigation was framed, is does the county have the legal right to do this or not do this under federal law. And the ‘this’ is: stick a lease provision into our fixed based operator’s lease saying they can’t do business with (JSX).”

Wagner, who said he opposed that provision in the general aviation facility leases at the time, called it “a legal question, and the answer is yes or the answer is no.”

“And my sense was, why spend a whole lot of county resources to argue whether we had the right to do it,” he said. “They proposed a legal question, let’s let the judge answer the legal question (and) let the chips fall where they may.”

Patke, of JSX, said it’s unknown when a final ruling will come.