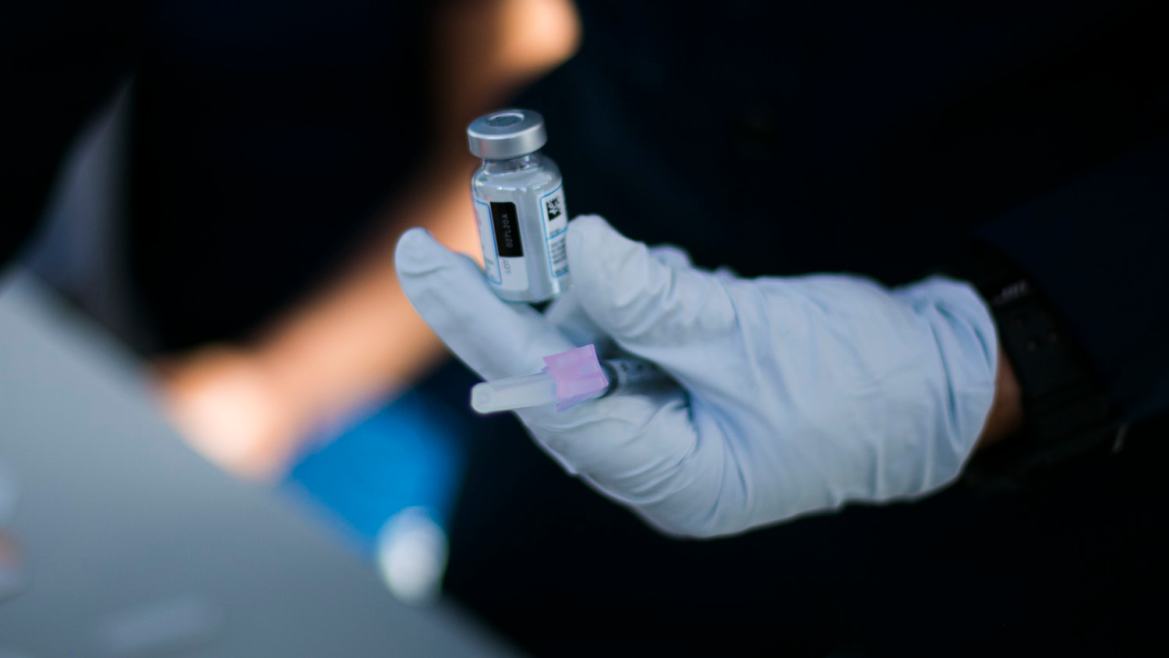 A worker prepares to vaccinate someone with the coronavirus vaccine at Orange County Fire Authority headquarters in Irvine on Friday, Jan. 8, 2021.

Will you take the coronavirus vaccine or not?

It’s a decision millions of Orange County residents are expected to face in the coming months after vaccines become more widely available.

In an effort to boost public trust, officials at the County of Orange have been quietly moving to hire a public relations firm to help run an ad campaign promoting vaccines as safe and effective.

Those plans have been largely out of public view so far. County supervisors and top county executives interviewed PR firms last week and chose one, a supervisor said in an interview, though it’s unclear if the contract will be brought for a public discussion and vote by supervisors.

Most of the top county officials involved in the decision-making, including Supervisor Andrew Do, CEO Frank Kim, and Health Care Agency Director Dr. Clayton Chau, didn’t respond to questions about it Monday.

But Supervisor Doug Chaffee, who helped recommend the proposed vendor, did open up about it. He said a firm has been chosen for the work: Idea Hall, which runs PR for the county’s upcoming mental health campus, Be Well OC.

“We have hired Idea Hall to give us some PR help” with public outreach on the vaccine, after interviewing multiple firms last week, Chaffee told Voice of OC on Monday.

The goal is to let the public know the vaccine is “safe and works well,” and to reach communities that are more hesitant to take it, Chaffee said. “Everything I know [about the vaccines], it’s safe and highly effective.”

“We have time in all this because getting [the quantity of] vaccine we need is some time off in the future,” he added. “We’re not having problems of people rejecting it at this point, [because] there’s not enough vaccines to go around.”

The proposed contract should “absolutely” be on the supervisors’ public agenda for constituents to see it and weigh in on it, says a representative of one the largest taxpayer advocacy groups in California.

“There should be transparency. And once again, this is not something they didn’t know was going to happen,” said Susan Shelley, vice president of the Howard Jarvis Taxpayers Association, which is suing the state over a $35 million public outreach contract issued during the pandemic.

“I don’t know that they adequately explained why the people on staff were not able to do this,” added Shelley, pointing to the county’s existing staff for public outreach.

Chaffee said he wasn’t sure if the contract would be on the supervisors’ public agenda, or approved by staff under emergency authorities, but that it’s his preference for it to be on the public agenda.

“We did interview other firms and they did presentations last week. And we selected one. I think the contract hasn’t been finished yet, but it will be soon,” Chaffee said.

“So I can’t tell you the details of whether we consider it within staff authority or if it has to come to the board.”

Carolyn Cavecche, who leads one of Orange County’s largest taxpayer advocacy groups, is urging county officials to be transparent about how they’re paying for the outreach and answer why existing staff can’t handle it.

“If the County of Orange is going to go forward with this, they need to be very clear to the taxpayers of Orange County where the money is coming from,” said Cavecche, president and CEO of the OC Taxpayers Association, in a statement Monday to Voice of OC.

“My understanding is there is no money left from the CARES [Act] from the feds. And yes it could be backfilled in the future, but more importantly: What programs and projects are they going to be taking money from to cover this contract?” she asked.

The contract’s expected cost was not disclosed. Voice of OC reached out to Idea Hall for comment on Monday but didn’t hear back.

Meanwhile, the county is planning to ramp up vaccination efforts and add new locations amid a slower than expected start, and pressure from state health officials.

In the coming days, county officials plan to announce larger-scale vaccination centers, including at Disneyland.

“We have trained our EMTs and paramedics because nursing staff and hospitals can’t get out to do the job” amid the ongoing surge in hospital patients, Chaffee said. The county will be opening a vaccine center – known as a “POD” for “point of dispensing” – at Disneyland later this week, he said.