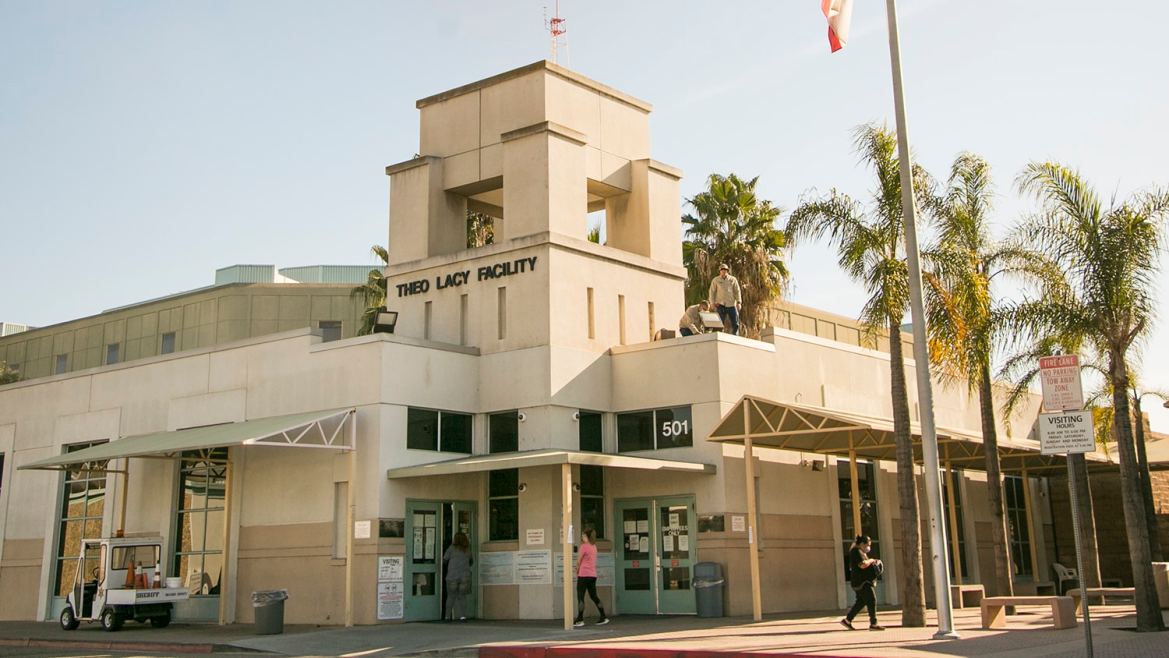 The judge said the changes – which include transferring about 200 inmates to state prisons – are the direct result of sustained judicial questioning to find a way to ensure more social distancing amid an outbreak that infected over 1,200 inmates and killed two.

“The situation today is the product of what happened in December, when a hearing was held and an order was made. And steps were taken since that date to create conditions in the jail that permitted as much social distancing as reasonably possible under the circumstances,” said Judge Peter Wilson of Orange County Superior Court at a hearing Tuesday morning.

Barnes drew national headlines in mid-December (https://www.foxnews.com/politics/sheriff-california-orange-county-jail-judge-inmates-don-barnes) when he publicly criticized Judge Wilson, saying he was ordering him to release 1,800 dangerous criminals into the community – inmates he called a “serious threat.”

“The public should be in a panic and they should be concerned about this release,” Barnes said in another TV interview at the time.

But the order did not require inmates to be released out of custody. And after weeks of prodding by Judge Wilson, on Tuesday the judge credited Barnes for being able to comply with the order and make the jails much safer.

In a series of hearings since December, the judge has prompted the sheriff to explore state prison transfers and spreading out inmates into more cells so there’s more room to spread out.

“Since the initial hearing, the sheriff has put in place a number of additional protections that did not exist at the time. There is now routine inmate testing. There is quarantining…for new inmates. [Changes in] the way in which people are being transported to the courts. The drastic reduction in traffic to and from the court,” Wilson said.

The judge pressed Barnes’ attorneys in early January on why they hadn’t tried transferring inmates to state prison. After the court’s questions, sheriff officials confirmed the state was willing to accept inmates and about 200 have been transferred so far with more in the works, Barnes’ attorneys said Tuesday.

“As of this date, I am satisfied the sheriff is acting in substantial compliance with the court’s orders in reducing and managing inmate population so as to achieve at or close to the 50% [of capacity level] which had been the direction of the Orange County health authority back in March of 2020.”

In a statement, Barnes said the judge’s comments showed his department has been successful at bringing the virus under control.

“Today’s court hearing was confirmation of the successful efforts by sheriff’s department and correctional medical staff to manage COVID-19 in a custody setting and protect the health of both inmates and jail staff,” Barnes said.

“The ongoing mitigation measures we put in place beginning in March 2020 have enabled us to reduce COVID positive cases from over 1200 at the end of December to just 12 today,” he added.

“I am most proud of the fact that this has been accomplished without releasing serious or violent offenders into our community.  I will continue to stand against any litigation effort seeking the release of individuals who would put Orange County residents at risk.

Wilson took the sheriff to task for housing large numbers of inmates in large congregate housing up until an outbreak exploded in December and January.

“One of the biggest concerns from the get-go, and the one that sadly came to pass in December, was that if you had the concentrated housing of large populations, then once there was an outbreak” it would spread, the judge said at Tuesday’s hearing.

“There was a wildfire spread of the virus through the jail largely because of congregate housing. That congregate housing issue has been addressed, to the extent reasonably possible under the circumstances, by the new redistribution of new [inmates].”

Wilson said he was not issuing any more orders at this point in the case, which was brought by the American Civil Liberties Union. But he put Barnes on notice that if group housing areas started to reach closer to 75 percent capacity, the judge was prepared to step in.

When Barnes went on TV to warn the judge was putting public safety at risk, District Attorney Todd Spitzer joined in the criticism.

In a statement highlighted on a major TV news station, Spitzer said the court’s order “will release dangerous and violent criminals back into our neighborhoods to commit more crimes and victimize people.”

Yet  Wilson’s order did not say inmates had to be released back into the community. The judge said they could be transferred to other lockups. And he noted some of the at-risk inmates are in for minor crimes like presenting a false ID and have already been deemed by the sheriff to not be a safety risk.

“The Court uses the term ‘release’ or ‘released’ to mean the discharge of detained individuals from the physical confines of the Orange County Jail [group living areas], not necessarily release from all forms of custody,” Wilson wrote in his Dec. 11 order.

“Release options and conditions remain in the discretion of [the sheriff],” he continued.

At a hearing two weeks ago, Wilson expressed frustration with the sheriff for not exploring his options sooner for how to transfer inmates to comply with the order. He gave Barnes two weeks to comply.

“I am frustrated, as you would fully expect, by the lack of – what I would call – creative planning or thinking by respondent,” Wilson said at the Jan. 29 hearing.

“None of the issues discussed, the plans prepared, have given the court any assistance in understanding how the sheriff can or has taken advantage of being able, for example, to aggregate those who are covid-recovered, being able to aggregate those who have now had the vaccine in order to create the opportunities for social distancing in the at-risk population,” he added.

The sheriff’s attorneys told the judge at the time they would essentially be able to comply with his order by rearranging inmates within the jail and transferring some to state prisons.

Wilson plans to check in on the jail conditions again at a March 26 hearing. Ahead of that, Barnes is required to submit a written update by March 19 with occupancy numbers for each housing unit.