Voice of OC is proud to announce that Angelina Hicks, a junior at Chapman University, has earned the distinction of becoming Voice of OC’s inaugural Tracy A. Wood Fellow, continuing Wood’s legacy of excellence in journalism. 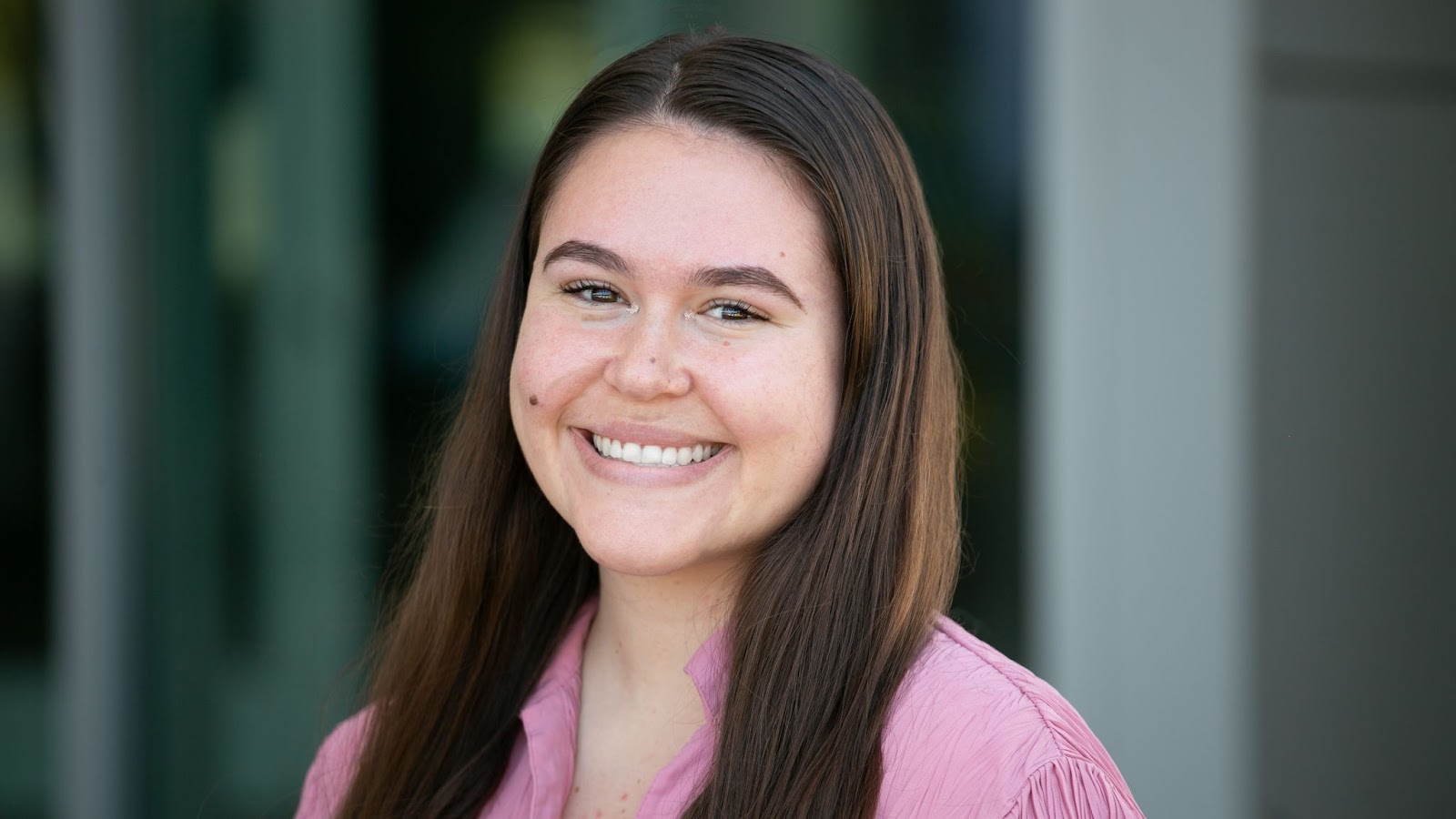 At the young age of 25, Tracy Wood was already at war, one of only nine female journalists covering the ongoing conflict in Viet Nam.

Among other events, Wood – who quickly earned a reputation amongst her colleagues as a tough, enterprising, thorough and scrupulously fair reporter – was there when former Senator John MCCain was released from the prisoner of war camp in North Viet Nam in 1973.

Wood, a longtime Fullerton resident, went on to have a long and storied career in journalism including as the editor of Ms Magazine and as an investigative journalist and editor at the Los Angeles Times.

She was also a force in Orange County government, a strong voice for accountability and citizen engagement as a longtime investigative editor at the Orange County Register and during the twilight of her career as a reporter and senior editor at Voice of OC.

After Wood’s death in March 2020, her friends and family decided to honor her memory by establishing the Tracy A. Wood Fellowship for a female college student with an interest in investigative and civic news coverage.

As a college freshman at Chapman University, Hicks earned distinction by successfully tackling a series of accountability stories and serving as a solid government general assignment reporter, getting coverage to smaller Orange County cities through a unique journalism partnership with the university.

Hicks took on the City of Mission Viejo in her first class.

As a student in a Chapman public affairs journalism class taught by Voice of OC Publisher and Editor-in-Chief Norberto Santana Jr, Hicks drew Mission Viejo from a city lottery for students. She quickly noticed an item on the Mission Viejo agenda regarding a closed session meeting about the downtown revitalization project, including the possible negotiation and purchase of a vacant Stein Mart building.

When Hicks started calling city council members, asking them why they were meeting privately about developing a shopping center, she quickly got an email from the city attorney telling her to back off.

“I got an email from the City Attorney demanding I stop bothering the city council members,” remembers HIcks. “I asked Norberto about it and he said that push back means you are on to something. That was an important moment for me and helped me learn that it’s all part of the job of a reporter when you are shining a light on what’s been hidden.”

“Angelina exemplifies what Tracy was all about as a person and a journalist. Standing up for truth, for accuracy, for the public’s right to know, for freedom,” said Santana. “Orange County residents are already benefiting from her accountability coverage and we look forward to seeing her continue to grow as a journalist as well as her impact on communities throughout our region.”

During the year-long fellowship, Hicks will continue her work as a general assignment reporter adding  to municipal coverage across a range of Orange County cities from Mission Viejo to San Clemente to Fountain Valley, and covering issues including COVID, education and the environment.

“It is an honor to receive this fellowship in Tracy Wood’s name. Her work is inspirational” Hicks said. “I look forward to continuing to make a difference on the local level, helping people in smaller cities get their voices heard.”

Join the conversation: In lieu of comments, we encourage readers to engage with us across a variety of mediums. Join our Facebook discussion. Message us via our website or staff page. Send us a secure tip. Share your thoughts in a community opinion piece.