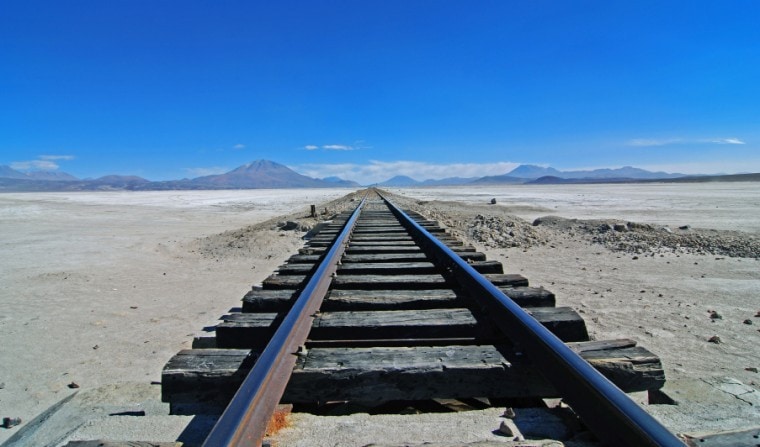 Railroad tracks in the desert.

Tuesday, May 11, 2010 |Curt Pringle, in his capacity as chairman of California’s High Speed Rail Authority, sat down last week with two of the state’s most influential legislators on transportation issues and went through what can be best described as an intervention.

Pringle and the lawmakers — Democratic Sen. Alan Lowenthal, chairman of the Senate’s Transportion and Housing Committee and Republican Sen. Bob Huff, the committee’s vice chairman — had a frank discussion about the mismanagement and lack of accountability that has plagued the state’s $42 billion high-speed rail project.

Huff said Pringle gave them a “firm commitment” that the rail authority will “clean up their own house.”

Some, including Lowenthal, say that auditor’s findings could be enough to warrant a restructuring of the rail authority. Others, including Huff, are more inclined to leave it intact.

And, to complicate things further, the rail authority last week named a new CEO for the project — a French rail car manufacturing executive who may have significant conflict of interest issues.

The rail authority has been under pressure from the Legislature for months to be more open about its plans and operations and to improve the quality of information it provides lawmakers and the public, including ridership studies, its business plan and other reports.

The report by the state Auditor, which was requested by Lowenthal and Huff, found, among other things, that $4 million had been paid to subcontractors without invoices showing the work had been performed.

Adding to the concerns was the reputation of the project manager, the international construction firm Parsons Brinckerhoff, which was a co-manager of Boston’s infamous Big Dig.

After the California audit results were released last month, Huff said the state was in danger of following in Boston’s financial footsteps.

The Massachusetts project ran up billions in cost overruns and caused one death.

The danger in California, according to the audit, was the precedent set by the failure of Parsons Brinckerhoff to tightly oversee spending and make sure things were done properly.

During the rail authority’s public hearing last week, Pringle, who also is mayor of Anaheim, said no one was alleging “work was improperly paid for, nor that there wasn’t the proper approval by the program manager (Parsons Brinckerhoff).”

There just wasn’t an adequate paper trail, Pringle said. “A system will be put in place within 60 days to ensure that that will never happen again,” he said.

But such financial errors are far more serious than simple lapses in paperwork, said Richard Drooyan, former chief of the criminal division in the U.S. Attorney’s Office in Los Angeles and a former assistant U.S. Attorney.

“When you’re spending public money,” said Drooyan, who in the 1980s prosecuted one of California’s biggest political corruption cases ever, the campaign money laundering and other corrupt activities of W. Patrick Moriarty, an Anaheim fireworks company executive, and his associates.

Huff said the state audit “put stakes in the ground” to show the rail authority what it needs to do. The Senate Transportation Committee has scheduled a hearing for Tuesday to discuss the audit results.

“The audit findings were just absolutely outrageous,” added Lowenthal. But, “both Senator Huff and myself are very optimistic we’ve really turned the corner.”

However, he added, “we’re not backing off. We’re not going to micromanage and tell them how to do it, but they have to set bench marks and meet those bench marks.”

For its part, the rail authority board voted unanimously last week to oppose for now any legislation that would impose new administrative controls on it, such as placing it under the jurisdiction of a state agency or restructure how it operates or is governed.

“I don’t particularly see the authority staying on forever,” said board member Lynn Schenk of San Diego, a longtime supporter of high speed rail and a former chief of staff for Gov. Gray Davis. But, she said, now is not the right time to reorganize.

Added board member Rod Diridon, a former Santa Clara County supervisor and strong rail supporter, members of the Legislature should “keep their powder dry for awhile” and not push for reorganization.

Wrong, said Lowenthal in a telephone interview. “I think this is exactly the time we should be looking at it.”

A variety of plans for restructuring the rail authority are pending in the Legislature, including bringing it under the control of another state agency and giving the Senate the right to confirm appointments, like that of CEO. Currently, only the approval of the governor is needed.

A special hearing by Lowenthal’s committee will consider all reorganization plans in June, and, he said, none of the bills may succeed the way they currently are written, but other proposals may be considered.

“No one ever likes to have someone looking at them,” he said, referring to the rail board. “I understand that.”

The rail authority, during its public meeting last week, also announced the appointment of Roelof van Ark, president of a French rail car manufacturing company, as the new chief executive of the rail project.

Just eight weeks earlier, according to the Bloomberg news agency, van Ark was talking about lining up California as a customer for his firm’s equipment.

Lowenthal said van Ark’s professional credentials are great, but he’s worried the new CEO may be seen by potential equipment suppliers as a “stalking horse” for the French. Strong efforts, Lowenthal said, need to be made to reassure all bidders that they will have a fair shot.

And he’s concerned about whether van Ark can repair damaged relations caused by rail authority consultants with communities along the 800-mile route, particularly in the San Francisco and Los Angeles-Orange County areas.

After the rail authority named van Ark as its next chief executive, Lowanthal said they met and he warned him he must make it clear to everyone that just because he was trying to sell French equipment to the Florida rail system and talked of selling it to California, everyone will have a fair chance.

Van Ark, 58, was president of the French company Alstom Transportation Inc. He lives in New York, but is South African and has worked in many parts of the world. His salary will be $375,000.

Germany, France, Spain, Japan and China all have indicated they may be interested in providing equipment or expertise to California.

“The message has to go to everybody,” said Lowenthal, “This is not a done deal. Nobody has a leg up. If the message is not clear, that appointment (van Ark) could come back to haunt us.”

Van Ark doesn’t take over until June and a rail spokesman said he wasn’t available now for an interview.

Lowenthal said van Ark will need strong social skills and the ability to listen. And he thinks the new CEO will avoid the mistakes made by other rail authority consultants, who gained reputations for arrogance and insensitivity to local concerns.

For example, a consultant told Buena Park officials that they would have to tear out part of an award-winning condo project or take out their relatively new train station to make way for high speed rail. 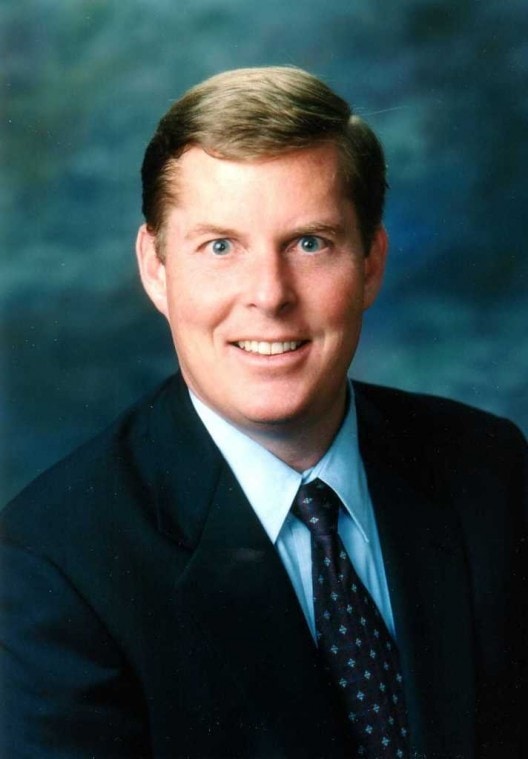 Curt Pringle is the mayor of Anaheim and chairman of California's embattled high-speed rail authority.