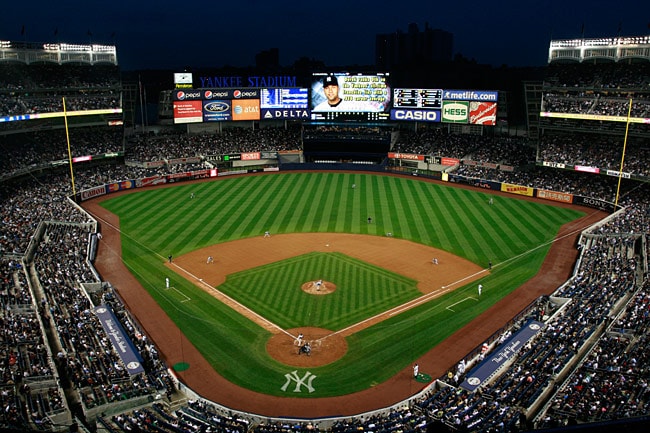 Monday, October 18, 2010 | Each year, members of the Orange County Transportation Authority board travel to New York City and are treated to dinners and nights on the town by their financial advisor or other contractors as the directors seek to impress Wall Street financiers eager for a cut of OCTA’s lucrative bond business.

No taxpayer dollars are spent on the Yankees games or Broadway shows they are taken to, and no laws or policies are broken. And board members say the trips are crucial to helping the transportation agency keep a high rating for its bonds.

But the trips also form part of the backdrop for an overhaul — now underway — of the agency’s expense-reporting requirements. It has given rise to grousing from some members about scrutiny of their travel spending and warnings from others to be careful about what they claim.

OCTA has issued $1.5 billion in notes and bonds over the past 20 years, according to an agency statement, “and has one of the highest ratings of any transit agency or tolling entity in the country.”

Critical to that success, board members said again and again, is the annual four-day June trip to New York to get to know those who issue the bond ratings and play an important role in other important financial decisions.

Financial experts “want to see who the policy makers [at OCTA] are,” said Peter Buffa, one of OCTA’s two public members and last year’s board chair. “They want to sit across the table from them. They want to make sure we are reasonably intelligent, responsible people.”

As a result, three or four OCTA board members and a similar number of top staffers, spend their days delivering PowerPoint presentations to those who can make a financial difference.

“It’s nonstop meetings all day,” said Jerome Amante, this year’s board chair. “The only time you have as down time is at night.”

The expense reports show some good times being had at night.

OCTA contractors like Sperry Capital, which has a $475,000, three-year contract to be the agency’s financial adviser, treat directors to dinners, ballgames and Broadway shows.

Records turned in by County Supervisor Bill Campbell, who is required by county law to reimburse such spending on his behalf, provide a window.

Sometimes travel expenses can get so confusing it takes a while to straighten out who is supposed to pick up the tab. On one New York trip, for example, a hotel inadvertently put Campbell’s room tab on J.P. Morgan’s bill, according to letters in OCTA files, but OCTA reimbursed the financial house.

Breakfast this year is another example. Orange Mayor Carolyn Cavecche refused to eat breakfast at the New York Palace Hotel where the delegation stayed this year because she said it was too expensive and OCTA was picking up the cost.

Instead, she went to a nearby delicatessen and bought herself a bagel. “It’s New York,” she said. “It’s not like you can’t find a deli.”

She couldn’t recall the specific cost of breakfast at the hotel, but Sperry Capital, OCTA’s contract financial adviser, picked up the tab two mornings and later was reimbursed by the transportation authority $273.33 for one day and $195.38 for another.

It’s not just the New York trip that’s driving a change in expense-account rules at OCTA.

Some OCTA directors, according to a review of 18 months of expense accounts, travel frequently, especially to Sacramento and Washington, in search of support for pending legislation and, in recent years, for a portion of stimulus funds.

The proposed changes, according to staff reports, are meant to keep up with new corporate and other government agency policies that govern everything from how much a traveling government official can spend for a hotel room, to how much he or she gets reimbursed for meals.

The goal is to treat directors like other business travelers but not saddle taxpayers with the cost of unnecessary perks.

Under the proposal, instead of itemizing the cost for each meal they pay for on the road, directors could claim a flat IRS daily meal rate. That would eliminate the need for food receipts and save a considerable amount of staff time now spent compiling expense reports for the 18 OCTA directors.

But it could also end up costing taxpayers more.

For example, when Buena Park Mayor Art Brown travels on OCTA business, he turns in his expenses the old fashioned way.

He meticulously documents, for anyone who wants to check, where he went and the receipts often even show what he ate, like the $8.35 he spent for a turkey sandwich, chips and two cookies on March 12, 2009, at the Rayburn Cafe, a visitor dining area in Congress’ Rayburn Building in Washington.

Under the new proposal, to come before the board within a few months, directors simply could ask to be reimbursed at the IRS meal rate, currently $71 a day for Orange County and New York.

To give directors a chance to receive less than the IRS maximum, members of the OCTA Finance and Administration Committee asked staff to add a clause to the new rules. It would allow directors to itemize their expenses if they didn’t want to collect the full IRS rate.

One director, according to a recording of the meeting, joked that news reporters write about the expense accounts of elected officials because they don’t understand larger issues.

But Supervisor Pat Bates advised her colleagues to pay with their own money for hotel rooms in better locations or other items that they felt were too restricted by the pending new policy.

“If you’re concerned about your press scrutiny, be your own monitor,” she said.

As for the tickets to “Westside Story” or a Yankee game, in a telephone interview this week, Buffa said that after a long day briefing financial experts, “I’m not sure anyone would begrudge us [for saying], ‘Let’s go to dinner or a ballgame,’ as long as it’s not at public expense.”

Amante said having contractors pick up the tab “doesn’t color your opinion” about them. “No one’s going to sell their vote for a ticket to a ballgame.”