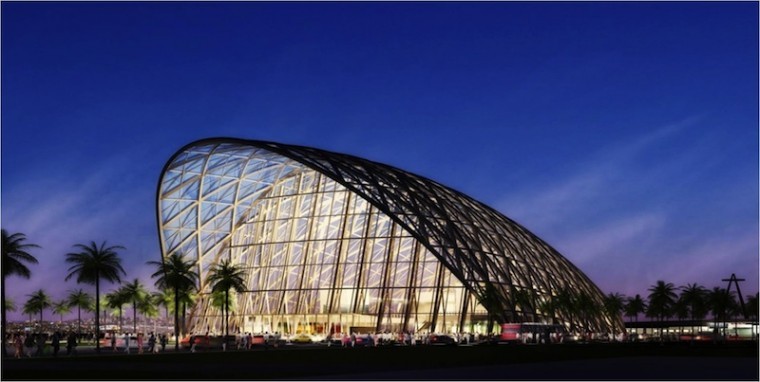 Friday, March 3, 2011 | The wording was subtle, but the message was clear: It will be years, if ever, before high-speed rail reaches Orange County.

Originally, the Los Angeles-to-Anaheim leg was part of the first section of the $43-billion state project to be built. But federal officials last year said the logical place to start was in the Central Valley where the train can reach its maximum 220 miles an hour.

And now the Orange County section is at the back of the line for financing, and with plans to share tracks with existing commuter trains, none of the staff or contractors responsible for the rail project would say for sure that it would be high-speed.

In an update given at Thursday’s High-Speed Rail Authority meeting, staff and contractors described the Orange County leg as a route that will be “phased in.”

The required environmental impact report for the L.A.-to-Anaheim section has been delayed a year to the end of 2012, and officials are talking about the leg in terms of meeting a 2020 deadline for overall work.

However, the terms of a 2008 ballot initiative require high-speed rail to reach Anaheim. So, even if it won’t really be high-speed, the line still is part of the rail system, down the road.

High-Speed Rail Authority chairman Curt Pringle, the former mayor of Anaheim, cautioned fellow board members about using words like “slippage” which, he said, give the impression the work is being delayed.

“Our credibility here is also on the line,” he said, adding those outside the rail project may not understand the reasons for the delays.

David L. Borger, senior vice president of STV Inc., the contractor for that section of the project, described the Anaheim-to-Los Angeles rail corridor as “unique” and “one of the most densely populated in the U.S.” with existing rail passenger and freight service.

Outside of the board meeting, he said “I think we’re looking at what’s realistic” by phasing the work in over a period of years.

He said the 2008 ballot proposition requires passengers to be able to travel from San Francisco to Anaheim without changing trains.

Will Kempton, chief executive officer of the Orange County Transportation Authority, said the phased approach helps ensure only necessary work will be done and will save money.

“The key is to be sure you’re not building any throwaway projects,” he said.

“Ultimately,” he said after the meeting, “if the system gets going, over time, they’d have the ability to bring high-speed rail to Anaheim.

Asked about the requirements of the 2008 ballot proposition, Kempton said the wishes of the voters have to be followed and “until that’s changed, you have to work to deliver what the voters want.”