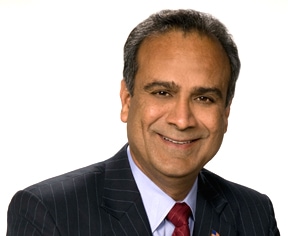 A proposal for a $158-million taxpayer-funded subsidy for the hotel project in the city’s resort district is scheduled to go before the Anaheim City Council tonight.

The county’s finance laws make it illegal for any individual — or a business controlled by that individual — to contribute more than $1,800 to a candidate’s campaign. During the 2010 supervisors race, the limit was $1,700.

In 2010, local campaign watchdog Shirley Grindle identified $3,400 in illegal donations that had been given in 2009 and notfied Sidhu, warning him that if it happened again she would notify the news media. Sidhu returned those funds.

However, a review of records this week by Voice of OC revealed another $3,400 that was donated illegally in 2010, which Grindle was able to confirm.

“What he’s guilty of is not checking these guys out, just accepting these checks and not checking out the connections,” Grindle said.

Patel and partnerships organized by Patel and O’Connell, including GardenWalk Hotel I and Orangewood, gave Sidhu a combined $5,100 in 2009, the documents show. It was from that amount that Sidhu refunded money identified by Grindle.

The Voice of OC review found that partnerships organized by O’Connell — including Anaheim Park Place Inn, Best Western Pavilions and Stovall’s Inn — gave Sidhu a combined $5,100 in September, 2010, according to campaign finance documents.

Grindle sent an email to Sidhu Tuesday afternoon informing him of illegal donations from companies under O’Connell and demanding a $3,400 refund to the contributors within seven days.

In total, O’Connell, Patel and firms connected to the developers of the GardenWalk hotels have contributed more than $32,000 to various election campaigns for Sidhu, according to campaign documents.

Sidhu could not immediately be reached for comment. Despite the new revelations, there is no law that precludes Sidhu from voting on the hotel project tonight, Grindle said.

Beyond the hoteliers, Grindle has previously found one other instances in which Sidhu took too much money from separate businesses owned by the same people.

Sidhu had to refund another $3,400 to companies owned by Narendra and Anita Gupta during the supervisors race, which he lost to Supervisor Shawn Nelson.

“There’s no punishment in Orange County. All Harry’s going to get out of this is bad press,” Grindle said.