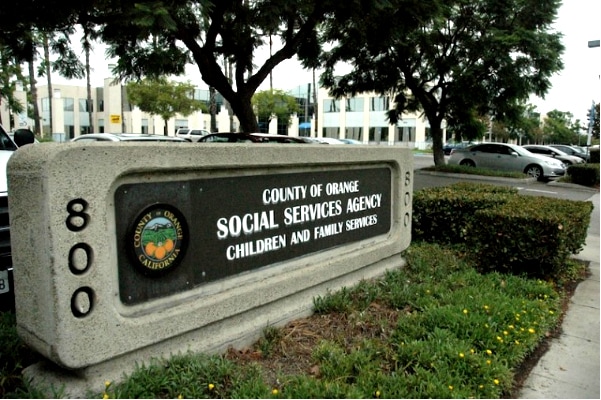 Orange County officials are moving toward evacuating an office building in Orange housing more than 500 county social workers after finding cancer-causing chemicals in the soil under the building last weekend.

County officials, who have resisted calls for toxic testing at the site for years, are now moving to expand soils testing and will likely have the building evacuated.

The Orange County Employees Association Monday called for an immediate evacuation of the building.

“Ongoing assurances by the agency that the building is safe for employees have not been credible and they are now just simply wrong,” wrote OCEA Assistant Manager Lisa Major in a letter to Social Services Director Dr. Michael Riley.

Perc is the predominant chemical solvent used in dry cleaning. It’s also used in the cleaning of metal machinery and to manufacture some consumer products and other chemicals. The U.S. Environmental Protection Agency has classified it as a likely human carcinogen.

“There is also suggestive evidence, from several studies of workers in the laundry and dry cleaning industry, that perc exposure is associated with elevated risks of certain types of cancer (including bladder, non-Hodgkin lymphoma, and multiple myeloma– a cancer of the blood),” reads a posting on the EPA’s website referred to in a Social Services Agency press release.

The posting continues: “As with all health effects, the potential for an increased risk of cancer depends on several factors including how much perc exposure there is, how often the exposure occurs, and how long it lasts.”

Yet Mauk is clearly troubled by the results and leaning toward agreeing with the union on an evacuation. “They are right to come to the defense of their employees, and we will do everything in our power to work with the union to ensure the safety of our employees,” he said.

Given the findings, Mauk said, he was not pleased that it had taken so long to do the soils testing. He said County Social Services Director Michael Riley has already begun transferring more than 75 adoption workers to a building across the street and said that effort could easily be expanded.

“We’ll do whatever it takes to make our employees safe,” he said.

In this case, OCEA officials were right to have their concerns, Mauk said. “Give Lisa Major her due. She’s been screaming for this soils testing for some time,” Mauk said.

The building, which houses workers employed by the Family Services Division, lies in the midst of an industrial neighborhood and was sold to the county in the late 1990s after being used to produce oil drilling equipment.

Nearly a dozen social workers, who either now or in the past have been stationed in an area of the building called the Red Room have filed suit against the county, saying their frayed health is connected to the building’s industrial and toxic past.

Several of the employees suffer from autoimmune diseases such as lupus, and one former employee has been diagnosed with multiple myeloma. In recent years, as more workers came forward with health problems, OCEA officials have stepped up their calls for soils testing.

Riley has repeatedly insisted that the building is safe and taken issue with OCEA’s approach to the situation, calling it alarmist.

Those stakes changed last month after Luisa Fernandez, a recently retired social worker diagnosed with multiple myeloma, saw a Voice of OC article about the building and connected the dots on her cancer.

Fernandez and Sarah Kirk, another retired social worker, attended an Board of Supervisors regular meeting last month and called on supervisors not to wait for the legal case to play out before ordering the testing.

Their stories moved supervisors, who successfully prodded Mauk to do the tests.

“It’s sickening to think that people whose job it is to protect the most vulnerable children in the county have not been able to trust their employer to keep them safe when they come to work.”