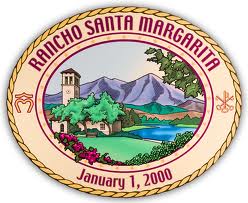 The Rancho Santa Margarita City Council voted 4-1 last week to criminalize the act of sleeping in cars parked on public streets between 11 p.m. and 7 a.m. The ordinance is similar to laws passed in other Orange County cities such as Lake Forest, Mission Viejo, Tustin, San Juan Capistrano and Costa Mesa, signaling a disturbing trend.

If the ordinance passes after a March 14 second reading, individuals caught sleeping in their cars in Rancho Santa Margarita during late hours will be subject to fines as high as $1,000 and face up to six months in jail. The idea of instituting such a law is preposterous and dangerous.

The council voted in favor of the measure after the city’s chief of police services stated that it would assist law enforcement in ensuring neighborhood safety. If that is the case, wouldn’t a 9 p.m. curfew for all citizens also help police maintain public safety? Why wouldn’t that be considered? How far will the city go in implementing totalitarian police-state measures?

As someone who spends much of his time in meetings throughout Southern California, there have been numerous instances in which I have pulled off the road to take a nap in my car because I had been too tired to drive after a very busy day.

This has always been the responsible thing to do. Studies show that sleep deprivation can negatively affect one’s ability to drive as much as alcohol. Rest stops are located off highways, expressways and freeways throughout the country to encourage tired drivers to rest.

The State Routh 241 toll road lacks a rest stop, and the Rancho Santa Margarita City Council intends to fine or incarcerate people if they exit the toll road to rest in that city.

This latest move unfortunately is consistent with other unusual decisions made by the council in recent years.

Shopping centers in the city resemble ghost towns, with businesses ranging from restaurants to car dealerships closing or struggling to survive. However, the council seems to be preoccupied with wasting precious time showing support for the Arizona immigration law and banning sex offenders from parks, though all parks in the city are owned by home owners’ associations and none have allowed this violation of property owners’ rights to be enforced.

Jesse Petrilla, the council’s leading vote receiver in 2010, did not even seem to understand the rules that apply to general law cities, such as his own, in a recent exchange with fellow council member Carol Gamble. (View the video clip at the 7:01 mark). At least Petrilla had enough good sense to be the only member to vote against the new sleeping ban.

What is the real reason for such an ordinance? Could it be an assault on the working class, some of whom need to work second shifts during evenings to support themselves? Is it meant to prevent homeless individuals from settling in?

Ultimately, if it is meant to assist police, it is a solution in need of a problem, as the city is already one of the safest in California.

Welcome to South Orange County, a master-planned utopian paradise led by autocrats who masquerade as champions of limited government and individual liberty. You can live freely here as long as you adhere to intrusive rules.

Michael A. Moodian is an assistant professor of social science at Chapman-affiliated Brandman University, a resident of  Rancho Santa Margarita and a member of the Voice of OC Community Editorial Board. He can be contacted through his website (www.moodian.com), on Twitter (@mikemoodian) and via Facebook updates (www.facebook.com/mikemoodian).