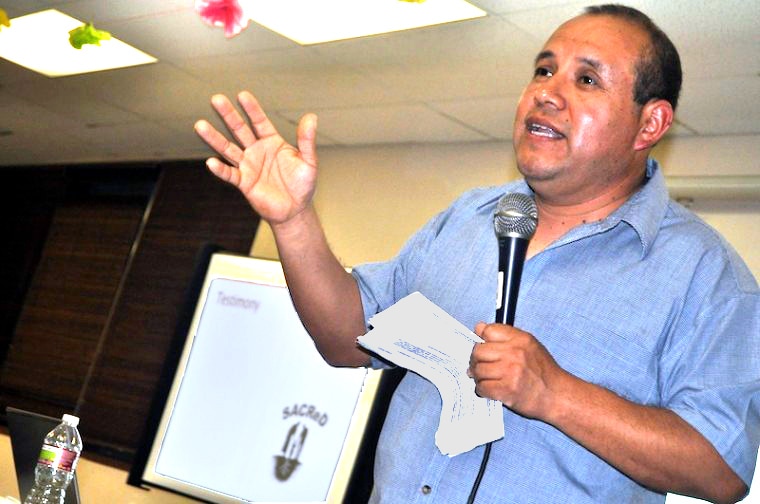 The coalition, known as the Santa Ana Collaborative for Responsible Development (SACReD), is proposing eight new policies, including access to public officials’ calendars, a lobbyist registry and an oversight commission tasked with making sure government is functioning properly.

About 100 residents attended the unveiling, and it was clear that many of them were angry about a dearth of parks, affordable housing and other community services. They said that only through holding city officials accountable would that reality change.

Laura Garibay, a city resident with two children under 10-years-old, said she has to drive to Irvine to take her children to a park. “Is that just to the people who are forming our future?” she said.

SACReD last had a battle with the Santa Ana in 2010, when the City Council was considering approving the Station District development, a mixed-use residential development near the city’s train depot. The coalition had fought for an agreement with the developer that would guarantee community benefits – like new park space and affordable housing – but Council rejected it, angering many in the community.

Councilman Carlos Bustamante last year argued that the requests made in the benefits agreement were going to be met, just not through such an agreement.

The proposed sunshine ordinance would guarantee community meetings in advance of development projects and expand the notification radius of those affected.

“We all have dignity, and we all want to be heard,” said resident Juan Carlos.

Councilman Sal Tinajero, the only member of Santa Ana City Council to show up to the meeting, said he supported the ordinance – at least in concept. He also said the current council was less conservative than those of the past and that an all-Latino council wouldn’t let special interests like developers get everything they want.

“From here on out we’re going to fight,” Tinajero said. “The decisions are going to start from the bottom – the neighborhoods.”

Tinajero opposed the community benefits agreement SACReD had been fighting for at the Station District. But he said that’s because, back then, the coalition included a home preservation group – Friends of the Lacy Historic Neighborhood – whose real intention was to derail the project. SACReD is no longer affiliated with the Lacy neighborhood group.

Resident Sergio Hernandez, an immigrant from Mexico City, called on the residents to participate in their local government, saying that the political exclusion that leaves most Mexicans disenchanted with Mexican government doesn’t exist in Santa Ana.