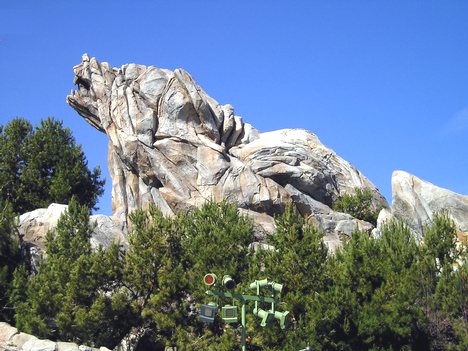 What is fun and exciting about Disneyland’s classic Space Mountain roller coaster is the entire ride is in the dark so you never know when the twists and turns are coming.

The Space Mountain experience is a good analogy for the role Disney has played in this year’s especially bare-knuckled fight for two open seats on the Anaheim City Council.

As Voice of OC recently reported, the mega-resort has funneled hundreds of thousands of dollars through a variety of political action committees (PACs) into the campaigns of business-friendly candidates Jordan Brandman and Steve Chavez Lodge.

Labor unions have also spent big, nearly matching the business establishment dollar-for-dollar in their support of former labor leader John Leos. The difference is following the labor money is relatively easy, while keeping track of Disney’s spending is a bit like riding a roller coaster in the dark.

Consider, for example, how the “Happiest Place on Earth” has participated in one of the most down-and-dirty aspects of political campaigning — negative mailers, or as political insiders call them, “hit pieces.”

All serious campaigns use hit pieces. However, like all campaign mailers, they must include labels that disclose the PAC that paid for them.

For example, the labor PAC supporting former union leader John Leos for an Anaheim City Council has sent out hit pieces, including one against Brandman. The piece questions why Brandman, who is a trustee for the Anaheim Union High School District, is the subject of a district attorney’s investigation. The DA’s office has decided to review a complaint that Brandman is abusing public resources.

The mailer’s label shows that it is paid for by the Committee to Support John Leos for Anaheim City Council 2013 Sponsored By The Orange County Employees Association.

But not all hit pieces are created equal. Consider one that has gone after Leos.

The piece asserts that the former labor leader will be representing employees over the interests of residents if on the council. “Taxpayers can’t trust Leos on the Anaheim City Council,” the mailer reads. It emphasizes  that mailers supporting Leos have labels disclosing that they’re paid for by OCEA.

The disclosure label on the hit piece states it’s paid for by Citizens For Anaheim’s Future. What it doesn’t state is that former Mayor Curt Pringle, who is now a lobbyist and consultant for various business interests, controls the PAC. It also fails to mention that the PAC has received hundreds of thousands of dollars from other PACs financed by the Disneyland Resort.

Pringle is also Disney’s transit consultant, according to sources familiar with the relationship.

Other negative mailers have a more direct financial connection to Disney. For example, a mailer asserts that Leos is a faux Republican because he is backed by union money. That piece is funded by the Orange County Victory Fund, which has received tens of thousands of dollars from the mega-resort.

Wednesday was the last day for political campaigns to send mailers with a post office guarantee that they will be delivered by Election Day, so the roller coaster ride still has a bit to go.