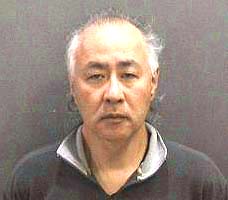 In an unprecedented case, an internationally renowned computer engineer, who recently left the UC Irvine faculty, has been criminally charged for conflicts of interest involving secret payments from a major Japanese telecommunications firm funding his academic research.

Tatsuya Suda, who until January was a member of the UC Irvine faculty for more than 25 years, faces six felony counts in Superior Court in Santa Ana for allegedly receiving from 2006 to 2009 $325,000 to $700,000 illegally from KDDI Inc. and committing perjury to hide the illicit payments.

Suda, a 59-year-old native of Japan, is the first UC professor criminally charged for violating the state’s system for monitoring and preventing conflicts of interest by researchers on the 10 UC campuses, authorities said. For more than 30 years, the United States government has required such regulatory systems for institutions receiving federal research funding.

Among the charges against Suda are accusations that he double billed the university for travel expenses when he was jetting around the world to academic meetings as often as 170 days a year. The offenses led the Orange County district attorney’s office to seek aggravation charges as a “white collar crime” from $100,000 to $500,000, which could increase his sentence to a maximum of eight years.

In 2011, Suda paid a $14,000 fine to settle disclosure malfeasance detailed by the state Fair Political Practices Commission (FPPC), which oversees the regulation of potential professor conflicts at UC and California State University campuses. The criminal charges are an outgrowth of the FPPC case and an associated probe by UC Irvine campus police, who investigated the travel expense allegations for more than two years.

Among computer and communication engineers, Suda was widely known for novel research ideas, such as being the first to publish on the future use of biological molecules for computer chip switches. In 2006, the university issued a news release hailing his $1.35 million in research grants.

He also received attention about eight years ago for his marriage to Rita Coolidge, a Grammy Award-winning singer who was the former wife of singer and actor Kris Kristofferson.

But his arrest last November at Coolidges’ Fallbrook home and jailing in Orange County went publicly unnoticed. Suda had remained in jail until April 19, when he posted $50,000 bail just after the Voice Of OC began inquiring about the status of his investigation.

The Suda criminal charges likely will generate considerable interest in the nation’s academic communities, where there is debate over controlling potential professorial conflicts at public institutions to ensure the protection of discoveries that could lead to valuable patents.

Some authorities have published studies showing the most valuable patents arising from academic research are not reported to university administrators but are diverted to private firms, which capitalize on them without sharing rewards with public institutions, as is required by federal regulations and law.

At an arraignment where he pleaded not guilty, Suda was charged with two counts of conflicts of interest, two counts of perjury by declaration and two counts of false statements under oath, with aggravation allegations for all charges.

A UC Irvine spokeswoman said that on Oct. 31, 2010, Suda left the full-time faculty of the Donald Bren School of Information and Computer Sciences, where he had earned $155,000 annually. At that time, UC Irvine sent out an internal memo saying Suda was retiring, but UC Irvine now declines to describe the manner of his departure.

Joe Williams, the deputy district attorney prosecuting Suda, said UC Irvine reached a settlement with the professor but declined to provide the settlement to prosecutors. Williams can subpoena the document if necessary, he said.

A pretrial hearing is schedule on May 6 in Superior Court regarding UC Irvine seeking further restitution from Suda.

Suda already has paid $145,000 in restitution to UC Irvine, the prosecutor said. The university is seeking nearly $200,000 more.

The district attorney’s office got no assistance on the case from KDDI Inc. officials, who declined requests to examine bank records and contracts for Suda’s payments. Officials at the firm’s U.S. office in New York City have declined comment.

The UC Irvine internal probe of Suda’s activities began in 2009 after his students alleged in a whistleblower complaint that he was forcing them to fill out expense forms as part of the double-billing scheme.

Suda, during questioning by UC Irvine auditors, acknowledged the double billing and offered to pay back $330,000 for questionable reimbursements, according to court records.

Suda also acknowledged previously double billing the university for $20,000 to $30,000 in travel in the late 1990s, according to the records.

He told auditors that UC Irvine had allowed him to repay the earlier double-billed amount and continue as a tenured researcher, court documents indicate.

From 1996 to 1999, Suda took leave from UC Irvine to serve at the U.S. National Science Foundation in Virginia, where he filled a much-coveted position overseeing research as the director of a computer networking division.

He told UC Irvine auditors he had double billed the foundation too, according to records. After contact from the university, the foundation declined to conduct a probe.

Before Suda was interviewed, UC Irvine officials surreptitiously copied his office computers’ hard drives, according to court records. After one interview, a recheck of the computer showed 14 gigabytes of stored data was removed or erased, the records state.

Searching Suda abodes, cars and outside offices, UC Irvine police gathered a host of records, which two years ago were turned over to the district attorney’s office. The DA’s probe has been complicated by its international aspects.

Ultimately, the probes showed KDDI Inc. had a $450,000 contract from 2006 to 2009 with Suda that was disclosed to the university, but prosecutors say UC Irvine officials estimated the engineer also had secretly received from $325,000 to $700,000, which constitutes the conflict of interest offenses.