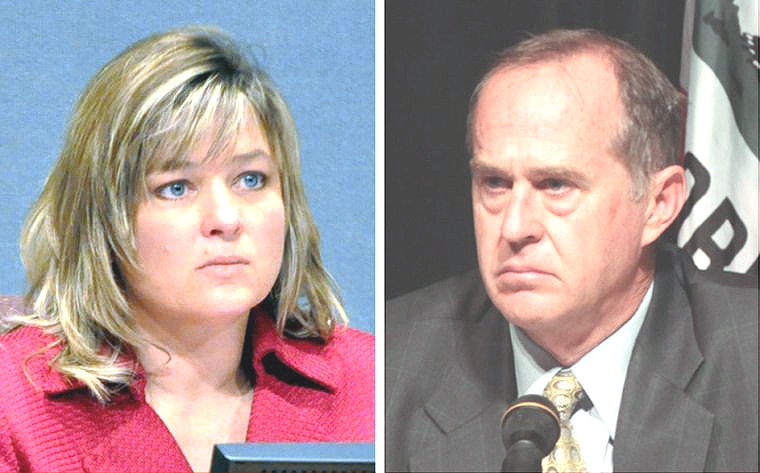 Anaheim Mayor Tom Tait is not known for public confrontations. When faced with repeated efforts by a hostile City Council majority to marginalize him, this genial but politically isolated mayor’s strongest reactions have been that his colleagues were simply “mean.”

But at Tuesday night’s council meeting, Tait engaged in a rare show of defiance, publicly demanding that Councilwoman Kris Murray submit a printed retraction of an opinion piece she penned last week for The Orange County Register.

According to Tait, Murray’s article falsely claimed that his proposal to have residents vote in the 2012 general election on changing the city’s at-large council election system to council districts would have violated a state law passed in the wake of the Bell corruption scandal.

“In referring, by innuendo, that my attempt to place the question on the ballot was in any way similar to the situation in Bell was not only false, but, I believe, an attempt to damage my name and credibility,” Tait said.

After reading his retraction demand into the record during council communications at the end of the night, the mayor adjourned the meeting, triggering more political theater.

Council members Jordan Brandman and Murray immediately intervened to ask that the meeting be continued, with Brandman making repeated calls for a point of order and for the mayor to “please stay.” Tait refused and walked out of the council chambers.

At the heart of this drama is an American Civil Liberties Union lawsuit on behalf of Latino activists demanding council districts and alleging that the city’s at-large elections violate the California Voting Rights Act, which mandates better representation for minorities.

The ACLU and activists argue that council districts, whereby residents would elect only the council member from their areas of the city, would result in fair representation for the city’s Latinos and working-class neighborhoods, which lack services. Although 54 percent of the city is Latino, all five council members are non-Latino and reside in affluent neighborhoods like Anaheim Hills.

Opponents argue that council districts would actually reduce representation because all city residents now elect all five council members. They also say the system would result in dysfunctional government by creating minifiefdoms that would constantly be at war with each other over city resources.

In her Register article, Murray referred to Assembly Bill 1344, which requires two public hearings before a city charter is placed on the ballot for adoption. It was passed last year after it came to light that Bell leaders were able, without the knowledge of the vast majority of city residents, to push through a city charter that included pay raises for city officials now facing public corruption charges, according to ACLU attorney Bardis Vakili.

In her article, Murray argued that Tait’s proposal, an amendment to the city’s charter, would have violated the provision. According to the article, the law requires “extensive public noticing and a minimum of two hearings before the council may consider and approve initiatives changing the city’s charter.”

Under Murray’s reading of the law, Tait’s proposal to amend the city charter would have been illegal if passed because it was only the first public hearing.

However, Tait said, Murray is wrong because the law requires only two public hearings when adopting a new city charter, not amending an existing one. As a charter city, Anaheim already had a city charter in place when council members considered Tait’s proposal.

To support his reasoning, Tait, a state-licensed attorney, pointed to the language of the law, which uses the word “adopt,” not “amend.”

The law reads in part: “Prior to approving the submission to the voters of a proposal to adopt a charter, the governing body shall hold at least two public hearings on the matter of the proposal of a charter and the content of the proposed charter.”

Tait said Santa Ana, Newport Beach and Huntington Beach city councils all placed city charter amendments on the ballot last November without conducting two public hearings. According to Murray’s interpretation, “all three of those city attorneys are wrong then, and they broke the law,” he said.

Murray claims she received two different legal opinions on her piece, which she said was solicited by the Register in response to an ACLU editorial favoring council districts. The law, she said, “will apply if there are substantive changes recommended by a council.” She said city attorneys up and down the state will be advising as much.

“I believe that changing how we’re governed after 150 years forevermore is a substantive change,” Murray said. “I stand by my editorial.”

In a brief interview with a Voice of OC reporter after the meeting, Murray declined to identify the sources of her legal opinions. She declined to comment further on the matter.

ACLU attorney Bardis Vakili sided with Tait and said Murray’s reading of the law is incorrect.

“The law requires significant noticing for adopting a new charter, but for amendments to a charter, it has to be proposed 88 days before the election on which it’s going to be voted. And the mayor’s August 8 [2012] proposal comported with that requirement,” Vakili said.