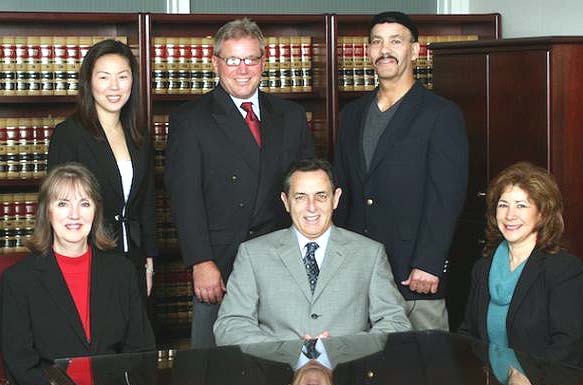 There are few, if any, officers in the Santa Ana Police Department who have occupied a more rarified status than Hank Couisine.

The veteran officer became a legend in the department after being shot in the neck during a standoff with a drug dealer. He was in many respects able to write his own ticket under the command of Police Chief Paul Walters, according to interviews with several current and former officers who served with the now-retired sergeant.

Couisine was paid overtime to work out in the department’s gym. He kept a machine gun in his desk that belonged in evidence storage. He used department vehicles to transport hay for his horses. And he was given a title, “executive inspector,” that no other officer held and may not even officially exist, the officers said.

Then, upon retiring in April, Couisine received a lump sum payout of more than $185,000 for unused time off. A significant portion of that payout came via waivers endorsed by Walters that allowed Couisine to skirt a labor agreement that limits the amount of unused time off officers could accrue at 1,000 hours, according to council members and other sources at City Hall.

Walters, who was chief for 24 years, was ousted as city manager earlier this year after a drawn-out political battle between Mayor Miguel Pulido and the current City Council majority. As part of his exit package, Walters was given the job of police commissioner for one year at a salary of $264,999.

Couisine’s payout prompted an investigation by City Attorney Sonia Carvalho that is still ongoing. Meanwhile, the current and former officers — some speaking on the record and others wishing to remain anonymous — have begun voicing opinions that Walters’ extreme loyalty to a few of his subordinates created wider morale issues and fertile ground for corruption.

“He was the chief for a very long time. I know he had the respect of a majority of his troops. He was well respected in the industry, by his people,” Bertagna said.

Others in the department and in the community have echoed Bertagna’s sentiments. A throng of supporters came out in force when the council was considering ousting Walters, arguing that his deep well of institutional knowledge and strong community ties were invaluable.

But others say one doesn’t have to look far to find examples of excessive favoritism. Couisine’s executive inspector title was especially telling of the benefits bestowed upon those in Walters’ inner circle.

“It was kind of funny … the way [Couisine] got it,” said former Sgt. Bruce Leamer of the title. “It made him kind of special.”

The title was specifically designed so Couisine could maintain authority over the special investigations unit and regional narcotics task force and report directly to the chief, Police Department sources said. But his rank was sergeant, a level of authority that typically wouldn’t qualify an officer for that kind of management responsibility, according to a letter of complaint last year from the city’s police management association.

“Narcotics and vice units have often been at the center of corruption scandals at other agencies in places across the nation,” reads the letter, which was signed by Police Management Association President Stephen Conlon and other union leaders and addressed to Mayor Miguel Pulido. “Lack of management oversight is often cited as a reason why these units go bad.”

To remain in his unique position, Couisine was made temporary lieutenant for several years, said former Sergeant Marty Shirey. He didn’t have the qualifications to be a lieutenant, such as a four-year college degree, so he never got the permanent title, Shirey said. She explained that under normal circumstances the temporary promotion would be revoked after a candidate from a qualified list gets the job, she said.

“That never happened with Hank for many, many years, and that’s illegal,” Shirey said.

After Walters and Couisine departed, the special investigations unit — funded separately at more than $5 million annually and including a SWAT team known as Strikeforce — was defunded going into the next fiscal year, budget documents show. It was folded into the investigations bureau to allow for proper oversight, said current Police Chief Carlos Rojas.

Meanwhile, a pattern seemed to emerge where those who had applied and tested for the position under qualified lists weren’t promoted so Couisine could remain temporary lieutenant, Shirey said.

Couisine’s responsibilities also included managing the police gym, despite the gym already having a monitor, sources said. For the most part, Couisine, who is in his 70s and remains extraordinarily fit, spent his time there working out, they said.

That time in the gym is important, because Couisine also regularly billed for large amounts of overtime. The city attorney’s investigation includes whether Couisine falsely claimed compensation for time he didn’t work, sources familiar with the investigation said.

Records of overtime sheets obtained by Voice of OC show Couisine billed for dozens of overtime hours each month, and sources said he was essentially being paid overtime to work out. Many of the time sheets show Walters’ signature of approval.

Sources pointed to obvious breaches of department policy by Couisine that were seemingly tolerated. For example, multiple sources said a machine gun that he apparently took from evidence storage was found in his desk after he retired. Sources also say that Couisine, who owns horses, was once seen loading hay into a police department truck.

Sources also described instances where Walters should have fired other police officers but didn’t.

Officers were caught lying during internal affairs investigations, according to a source familiar with the incidents. Some officers were also caught committing color-of-authority offenses — crimes whereby officers abuse their authority to force residents to do favors for them. None was fired, the source said.

One source said one officer in particular was caught committing an offense that warranted firing. But he was seen as a “good guy” in the department, and had also been shot. He showed up back at work after a temporary suspension.

Later the officer, Eric Stephan Rimat, was fired after he was convicted of embezzling more than $25,000 from the Orange County Canine Association.

Bertagna said he would research Shirey’s allegations about how Couisine got his title as well as those regarding other officers. But the city denied most of the request for information, stating, among other reasons, that “there is no obligation under the government code” for a public agency to respond to questions.

However, the letter states that the city had terminated eight police officers over the last 10 years. A request for basic information about the officers, such as their identities and the reasons for their dismissals, was denied.

It wasn’t just Walters’ approach toward Police Department personnel complaints that drew questions. City Hall sources have also questioned why a complaint against former Deputy City Manager Jill Arthur wasn’t properly investigated until after Walters departed. Arthur was known to be close to Pulido, the only council member to vote against ousting Walters as city manager.

Arthur was alleged to have offered a 22-year-old Buena Park resident a job through her influence at the city’s unemployment office in exchange for not reporting a car accident in which she was at fault. She was placed on administrative leave in April pending an investigation and hasn’t returned to City Hall.

Some officers agreed that Walters kept a tight-knit circle of confidants but described the situation as the normal workings of human nature atop any bureaucracy.

The “good ol’ boys club,” Leamer said, is a phenomenon “that’s pretty much everywhere in the world.”