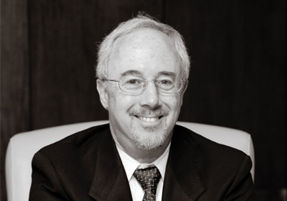 First in an ongoing series.

On top of his pension, which is among the richest in county history, de Mayo was also handed a check for $352,097.34, a payout for nearly 2,500 hours of unused sick and vacation leave that he had racked up over his career.

De Mayo’s leave-time largesse was by far the most given to a departing county employee between 2008 and April of this year, according to a Voice of OC analysis of payout records.

But he is just one of many high-level employees who have walked away with sizable checks for unused leave time they banked during their careers.

Voice of OC’s analysis showed the county paid $43.8 million in sick and vacation leave payouts to departing employees during the five-year period, an amount nearly equivalent to the annual general fund budget of Laguna Beach.

The most lucrative payouts went to the highest-ranking employees, including agency directors, executive managers, senior deputy attorneys and assistant sheriffs, among others.

Click above to see who got the highest payouts.

The average payout of $31,928 to executives and managers in the county government was nearly six times the average $5,593 payout to rank-and-file employees.

Meanwhile, top brass and supervisors at the Sheriff’s Department took home an average of $46,481, the most of any employee group, while deputies and sergeants had payouts averaging $14,899, according to the Voice of OC analysis.

Here is a rundown of some of the findings:

While these payouts haven’t received nearly as much media coverage as public pensions, awareness of their impact on government budgets is growing from the local level to Sacramento.

“This is not, in my opinion, something we intended to become a practice,” said state Sen. Lou Correa, D-Santa Ana.

Yet it is a practice in jurisdictions everywhere. For example, two years after de Mayo cashed his check from the county, departing Santa Ana City Manager Dave Ream walked away with an even larger payout — $365,787.09 — for his accrued vacation and sick leave.

Blame for the abuse of accrued sick and vacation balances often breaks down largely along ideological lines.

Conservative Republicans point to unions and the collective bargaining process as the reason the system was developed in the first place.

“It stuns me that we have this kind of largesse going on, especially in a county that is supposed to be conservative,” said Jon Fleischman, publisher of the FlashReport, an online publication tilted to the right. “But because collective bargaining mandates it, the people elected to make these decisions have to sit across the table from unions.”

Union leaders counter that as with pensions, it’s the executive class that took a reasonable benefit and turned it into a windfall enjoyed disproportionately by those at the top.

“This is a clear example of how executives in Orange County approach working for local government, like they’re at a big corporation and entitled to huge bonuses and payouts,” said Jennifer Muir, the assistant general manager of the Orange County Employees Association. “They have rigged the system so they get more than anyone else.”

Supervisor John Moorlach, who said he abhors the county’s system, argued that rather than being rigged in favor of executives and managers, the system benefits them more because they have longer careers at the county than the average county worker and therefore have a longer period in which to bank time.

Records do show that the largest payouts go to longtime employees. But it is also true that the policy is tilted heavily in favor of the executive suite, regardless of tenure.

And records and interviews also show that the county’s top executives specifically pushed for policy changes during labor talks in the late 1990s and early 2000s that triggered a significant increase in annual leave balances, though they claimed the changes would lead to cost savings.

Under the system that has evolved since that time, general employees are allowed to cash out a maximum of 320 annual hours at 100 percent of pay upon retirement, according to the union’s memorandum of understanding with the county.

Managers, however, can cash out up to 480 hours at 100 percent, while executives are allowed up to 580 hours, according to a policy adopted in 2007.

The disparity becomes even more pronounced when it comes to annual leave hours that employees can cash out while they are still working, according to the documents.

The county has budgeted $11.3 million for ongoing leave payouts to employees in fiscal year 2013-14 and has already paid out $3.4 million, according to figures circulated last month to county department heads.

General employees are allowed to cash out up to 40 hours each year based on the discretion of their department head, while the number for managers is 90 hours. But executives get up to 170 hours, according to the 2007 policy.

Such a consistent tilt on pay and benefit issues is itself beginning to raise questions.

“The disparity between the top managers pay and the line workers pay is growing, and it is kind of a scam,” said Chris Norby, a former supervisor and assemblyman. “It’s a badge of honor. … If you are paying them more it means they are worth more.”

Making the ongoing payouts even more costly to taxpayers than those given upon retirement is the fact that they are factored into an employee’s pension formula.

De Mayo did not return a reporter’s call seeking comment.

Moorlach said the county’s system for cashing out unpaid leave needs repair on several levels. Among the aspects bothering him the most is the policy that allows departing employees to cash out their unused leave time at their final pay rate, rather than at the rate they were being paid when they accrued it.

This is one of the reasons the payouts to the long-tenured executives were so high. De Mayo, for example, began accruing his sick and vacation leave in the 1970s but was able to cash all of it out at $102.36 per hour, the rate he was being paid when he retired in 2009.

“I have vocalized my outrage at that approach,” Moorlach said. “I hope the [CEO Mike Giancola] and Danley are working on some solution, because that is a directive I’ve given twice.”

Another policy move that some say has come back to haunt county leaders was the decision more than a decade ago to lump sick leave and vacation leave, which were accrued in separate accounts, into one “annual leave” account.

Until the late 1970s, all employees were allowed to bank and cash out both their vacation and sick hours. Then in 1977 as personnel costs were spiraling, county leaders instituted a range of reforms that, among other changes, turned sick leave into a benefit that new employees either had to use or lose.

That lasted until 1998, when the county negotiated the change to the current annual leave system in its negotiations with the Association of Orange County Deputy Sheriffs. The benefit was extended to county attorneys, managers and executives in 2000, then to all employees in 2002, according to Danley.

A staff report from then CEO Janice Mittermeier’s office in February 2000 described the change as “cost-effective” and said that it would not only reduce operational costs but also increase worker productivity.

David Sundstrom, who was the county’s auditor-controller at the time, said he told executives that the change would absolutely not reduce costs, especially since employees were being allowed to convert 100 percent of their use-it-or-lose-it sick balances into redeemable annual leave.

“I was really, really ticked off,” said Sundtrom, who now holds a similar position in Sonoma County. “They did a 100 percent conversion, which is not at all an industry standard. … It should have been closer to 60 percent based on usage rates.”

Sundstrom said he did a calculation based on every employee’s sick leave balance and determined that the conversion would be a one-time charge of $28 million to the county’s balance sheet. He said other officials described his calculation as an estimate that was inaccurate.

There was also disagreement over whether there would be an ongoing cost associated with the policy change, given that employees were now allowed to cash out part of their leave each year. Danley said the CEO’s office issued a directive to track the costs on a monthly basis.

“After they tracked the costs for a while, it became obvious that there were substantial costs,” Danley said. “So they just stopped doing the reports.”

“You wanted to laugh, but you had to cry,” he said.

Tom Dominguez, president of the deputy sheriffs association, was at the bargaining table in 1998 and is adamant that the push for the policy change came from the management side.

“It was not a popular move for our guys, it was a concession,” Dominguez said. “I know that, because I was there. This is not something we concocted by any stretch of the imagination. This is something that management wanted in order to save money.”

Fast-forward 15 years and management seems to have a decidedly different view of the county’s system. But change is likely to come later rather than sooner. Right now the primary focus is on pension and health benefits, Danley said.

“It is a secondary item right now,” Danley said. “There are bigger fish we want to fry. … But it will end up on the [bargaining] table, and at some point we will get a change.”

Regarding one group of employees, change needn’t come at the bargaining table; it can come directly from the Board of Supervisors. That group is the high-level managers and executives.

“I don’t think we would do that to the executives until we did it to everyone else,” he said.

Next: How vacation and sick leave payouts are a big issue in Orange County’s cities.