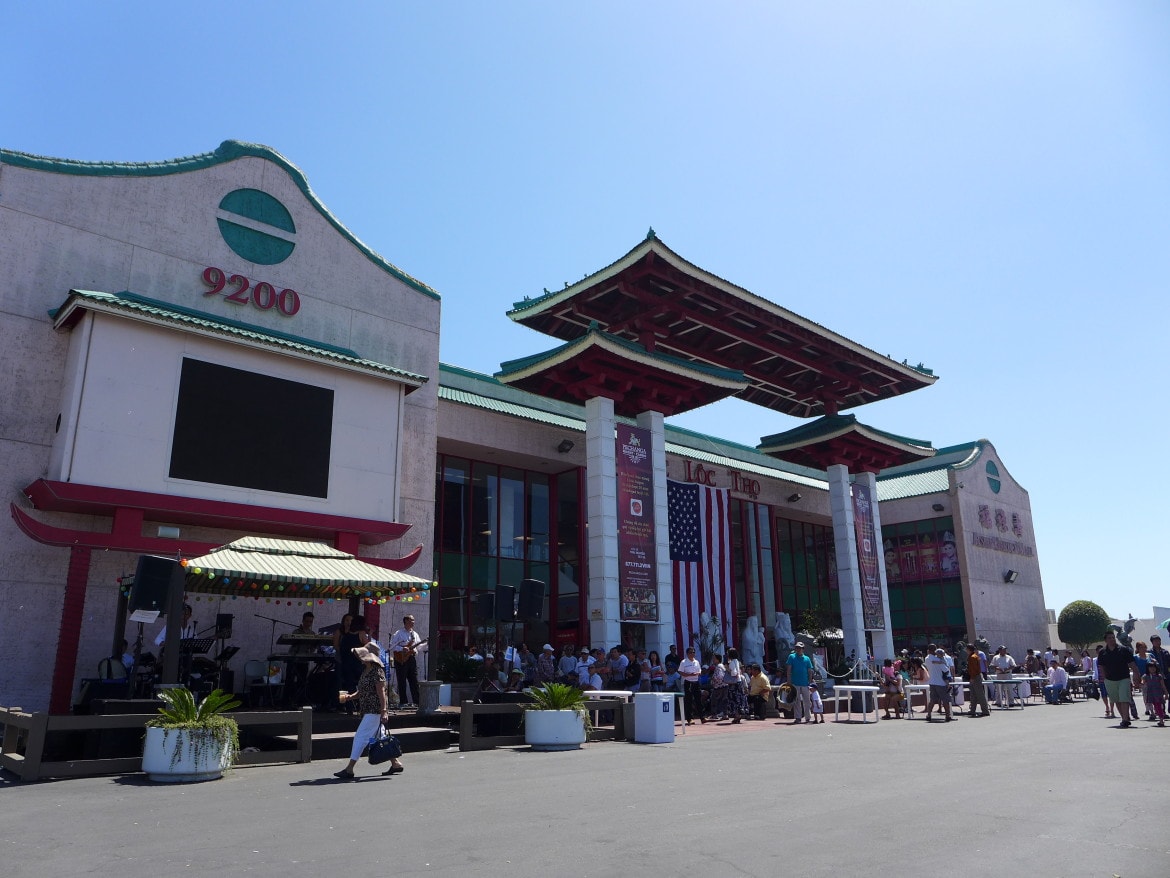 Although Westminster is widely known as the center of Vietnamese American culture and politics, budget realities are forcing leaders of the sprawling immigrant city to seek a broader and more profitable identity.

Last year, the city began a two-year process of updating its general plan, a long-term document that serves as a roadmap for city planning and development.

Since the last general plan was approved in 1996, the city has undergone major changes, including devastating budget cuts in 2012 from the loss of redevelopment funds, injecting a new sense of urgency to the city’s need for a long-term financial strategy.

At their meeting Wednesday evening, members of Westminster City Council received an update on the planning process, which began last year and is slated to be complete by Fall 2016.

Although half of the city’s property is devoted to homes, most of its commercial centers were developed by private property owners and developers, with little to no coordination with city planners.

In discussing future land uses and development, city officials hope to create a more distinct sense of “place” for residents and visitors beyond the sprawling patchwork of homes and strip malls.

Just 7.1 percent of Westminster residents work where they live, about half the rate of neighboring cities, said Stephen Gunnells, an economist with Placeworks, a Santa Ana-based consulting firm hired by the city.

Most of those jobs are in local service sectors such as retail, Gunnells said, sectors that will be challenged as online shopping becomes more prevalent.

“Now when we go shopping, we’re going to want an experience. Not just to go shopping because we need a new pair of socks,” Gunnells said. 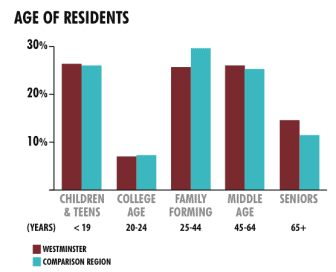 Although Westminster has a relatively large population of residents over the age of 65, teens and young families make up half the city’s residents.

Gunnells emphasized that creating a sense of “place” is not just crucial for stimulating local jobs and commerce, but also to attract young families and residents looking to buy a home.

“What we see…with millennial and the market is, it’s not about the countertops, it’s about what kind of neighborhood and activities [there are],” Gunnells said.

Although the 10.8 square mile city has several different points of interest – including Little Saigon, the Civic Center and Westminster Mall – it doesn’t have a distinct downtown center.

The city is largely built out — with just three percent of city property left vacant — meaning most opportunities for future development will be along existing activity centers and corridors.

For example, during initial public outreach, residents overwhelmingly pointed to the need for a makeover of Westminster Boulevard, a busy thoroughfare that runs through the center of the city, said city manager Eddie Manfro.

“I get calls all the time – what are we going to do with…Westminster Boulevard?” said longtime Councilwoman Margie Rice. “It’s supposed to be the main street of town and it’s the worst-looking street in town.”

Even in the city’s most distinct business district, Little Saigon, changes in demographics spark questions about how the city can attract new visitors, including tourists, beyond its regular clientele.

Although Westminster draws Vietnamese from across the county and state, many of the supermarkets, restaurants, stores and activities mostly cater to first–generation refugees.

Councilwoman Diana Carey pointed to the possibility of extending bus and shuttle services from the Anaheim resort district to Little Saigon and other parts of Westminster.

Affordability is also a crucial question for a city where the median income is $54,780. Although incomes are expected to rise, so will the cost of living —  the average price of a single-family home in Westminster was $462,000 in 2012. 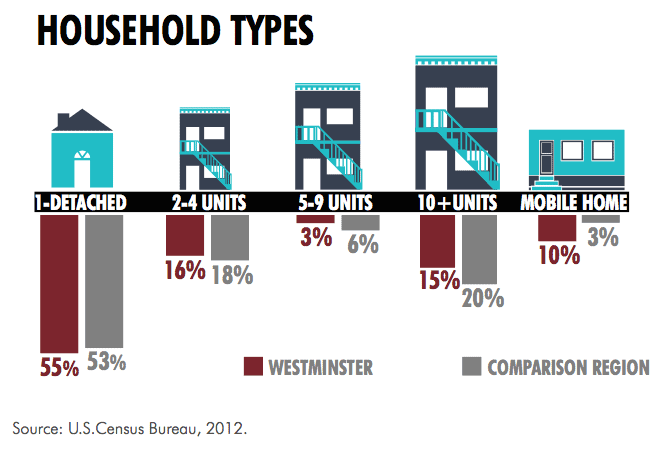 Westminster outpaces other Orange County cities in the affordable housing assistance, with a total of 1,994 households that have active rental assistance vouchers, according to an Orange County Housing Authority audit.

Much of the city’s affordable housing options are in mobile homes, which make up 10 percent of the city’s housing stock, compared to just 3 percent in neighboring cities.

Investing in those improvements could prove challenging, as the city still faces a $3.1 million structural deficit and is tapping into its reserve funds to make ends meet each year.

That left a $10.4 million hole in the city’s budget, prompting the city to lay off 67 employees and make drastic reductions at City Hall.

Although the city has come a long way over the past three years in paring down that deficit, there isn’t much room left for additional cuts.

Dueling ambitions and constraints were evident Wednesday as council members discussed both the far-off goals of the General Plan and the need for a strategy to deal with the city’s persisting deficit.

Although revenues came in higher than expected, so did city expenditures, driven in part by new contracts with the city employees’ and police unions, and legal fees from ongoing federal lawsuits against the police department.

Moreover, sales tax came in at more than half a million below initial projections, due to stagnant retail sales and the loss of a major recreational vehicle seller.

“A three million [dollar] deficit — if we don’t take care of it in one year, it’ll make the next more difficult. We can deal with it gradually, or in a draconian way in year six or seven,” said Councilman Tyler Diep.

In spite of those challenges, Carey encouraged council members to look at opportunities for investments.

“We seem to always be focused on cuts, cuts, cuts…but I do think we need to look at our assets and the revenue side as well,” Carey said. “Whether it’s redeveloping our Civic Center, whether it’s taking our reserve [funds] and buying property [for] some public-private partnerships to bring income to the city in the long run.”

The General Plan Advisory Committee is expected to meet at least six times over the next several months. Give feedback or follow the planning process on the city’s general plan website.