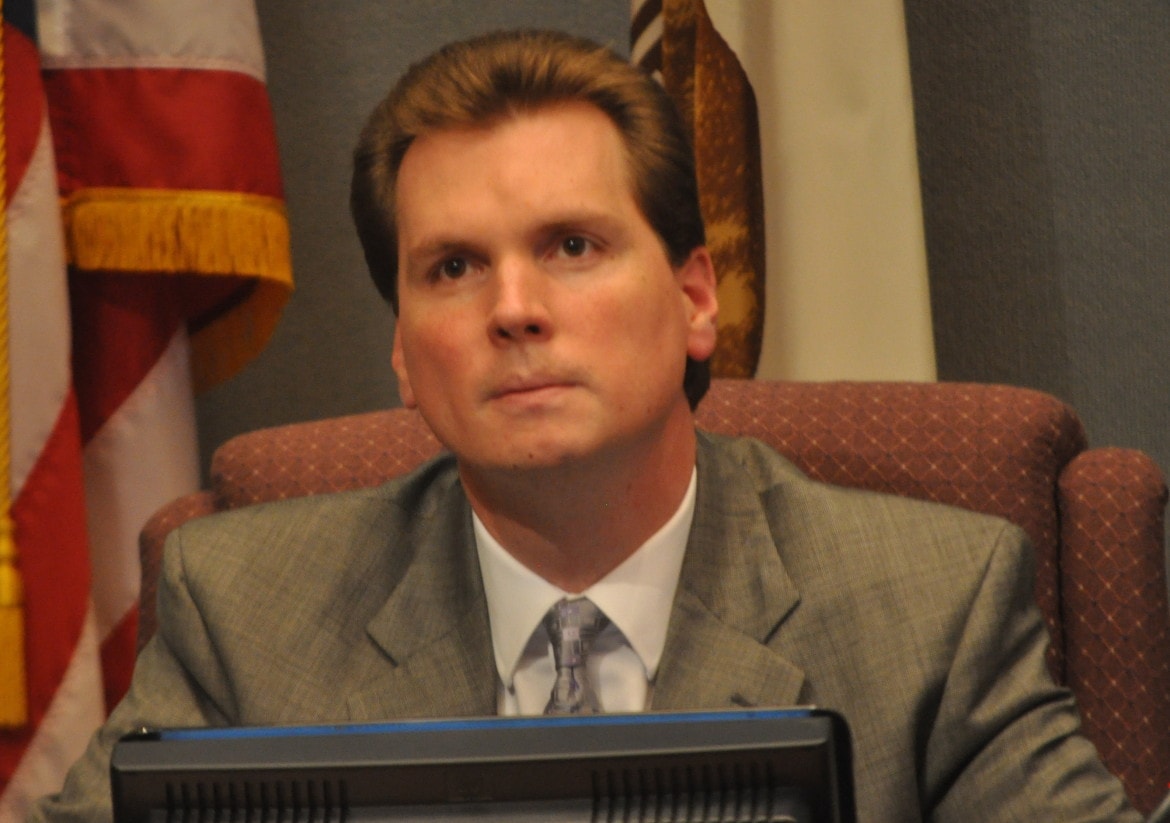 If the City Council approves Fierro’s appointment Tuesday, he will begin work the next day with an annual salary of $210,500, according to the proposed contract posted on the city’s website Friday evening.

Fierro comes to Anaheim from the city of Chino, where he is the assistant city attorney, and previously was the contract city attorney for the cities of Coachella and Cudahy. He graduated from Harvard Law and is a partner at the Chino-based Gutierrez, Fierro & Erickson.

The city conducted a nationwide recruitment and received 25 applications for the position, according to city spokesman Mike Lyster.

Mayor Tom Tait told Voice of OC last week that he will vote against Fierro’s appointment because he believes members of the council majority, which includes Brandman and councilwomen Kris Murray and Lucille Kring, are attempting to bring in a city attorney before the November election changes the council dynamic.

“For the at-large-elected council majority to appoint a new city attorney on the eve of district elections is outrageous,” Tait said. “They’re trying to cram the decision in.”

Brandman said the city has “too many pressing issues” to leave the position vacant.

“The City Attorney’s office needs leadership, and the people of Anaheim deserve to be represented by a competent professional who is appointed by their elected representatives,” Brandman said in an email.

He noted that Arturo Fierro was the first in his family to go to college and has lived in Anaheim.

“Mr. Fierro rose to the top of the list of applicants during this very thorough process for one reason alone, he’s an eminently qualified municipal attorney who has practiced law for nearly 30 years,” Brandman said.

Fierro’s family has long-established connections to Brandman. His son, Daniel Fierro, is both Brandman’s campaign manager and his part-time policy aide.

In addition, Daniel Fierro and Brandman used to work together as policy aides for state Assemblyman Ian Calderon. Brandman is a district director for Calderon, a Democrat who represents southeastern Los Angeles County, and Daniel Fierro was a field representative until June.

Ian Calderon is the nephew of Ron and Tom Calderon, two longtime state legislators who were caught in an FBI bribery sting earlier this year.

Ron Calderon, who will be sentenced later this month, is charged with taking bribes from an undercover FBI agent in exchange for advocating for tax credit extensions. Tom Calderon will serve a year in federal custody for laundering the bribes accepted by his brother.

Anaheim spokesman Mike Lyster said the city has no reason to believe Brandman will need to recuse himself from voting on the appointment.

“We are unaware of any city policy that would require Council Member Brandman to recuse himself from the selection process,” Lyster said.

Brandman said he disclosed his connections to Arturo Fierro to other council members and is “confident there is no conflict of interest.”

State conflict of interest laws disqualify elected officials from making decisions that will impact their personal finances or that of their spouse or immediate family.

Arturo Fierro’s firm is also representing a person who is suing Anaheim in a personal injury case.

Lyster said the city is aware of Arturo Fierro’s lawsuit and is “seeking a resolution.”

Tait said Arturo Fierro failed to disclose that conflict to council members. “He represents an adverse party and didn’t disclose it to us, and that’s completely unacceptable,” the mayor said.

Arturo Fierro’s dealings in municipal politics have previously been questioned.

In 2008, the Daily Breeze reported that Arturo Fierro donated to a city of Carson councilman’s campaign for the state Assembly while his boss, Francisco Leal, courted council members for a city attorney contract.

In 2013, Cory Briggs, who is known statewide for his prolific filing of lawsuits against government agencies, sued the city of Chino and Arturo Fierro’s law firm.

Briggs argued that the firm participated in writing up their own professional services contract with the city, a violation of state laws governing conflicts of interest. Briggs’ lawsuits against the firm and city were later dismissed by a San Bernardino County judge.

Beyond the connections to Brandman, Tait also objects to the generous severance pay agreement included in Arturo Fierro’s contract. If the City Council would fire him, the city would pay him a lump sum worth half his annual salary.

“They’re trying to lock-in the decision by giving him an excessive severance – it would make it very hard to get rid of him,” Tait said.

Houston was appointed to the position after the City Council abruptly fired former City Attorney Cristina Talley in 2012.

Council members will also finalize a $1.45 million settlement with Talley on Tuesday over a discrimination lawsuit she filed in October 2014.

Talley, who is Latina, claimed that members of the council tried to entangle her in political disputes, and fired her in part because they did not think she could represent the city on issues affecting the Latino community in an unbiased manner.

The city continues to maintain that Talley’s accusations are meritless.

Correction: A previous version of this article incorrectly stated that Daniel Fierro is a policy aide for state Assemblyman Ian Calderon. He left his job with Calderon’s office in June.