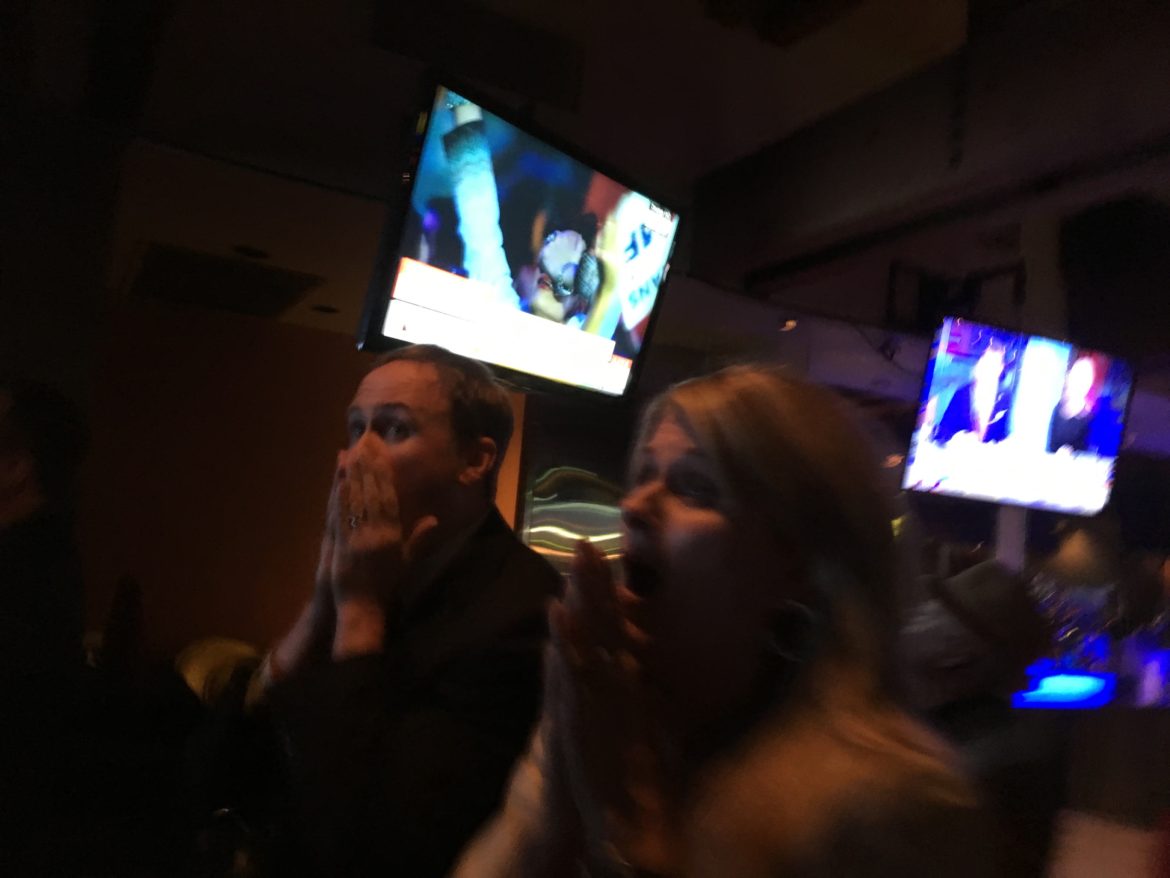 As I walked into the Yost Theatre in downtown Santa Ana last Tuesday, right about the time the first election results started dribbling in, every local Democrat I ran into had the eyes of a jarred fighter half way through a rough brawl. 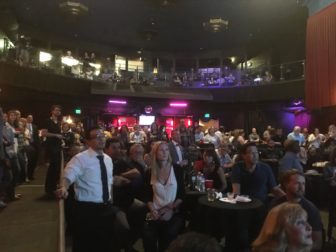 As I reached the main stage, Orange County Democratic Party Chairman Henry Vandermeir greeted me as always and offered a quick analysis, ending with, “I’m done.”

Orange County’s Democratic Party will have to look for a new party chairman in January.

Do did brilliantly engineer a half million pieces of taxpayer-financed mail – so far without drawing a foul card from the state Fair Political Practices Commission – in the last few months.

Yet it wasn’t just the final poll result that bothered Vandermeir.

It’s the fact that the Democratic Party was never able to mount a real fight in the race.

Vandermeir noted he had problems finding a candidate wanting to enter this year’s fray – only finding Martinez last minute after Santa Ana City Councilman Vince Sarmiento (who won reelection last Tuesday against a direct mail assault from the local police union) declined to run for the county seat.

He also oversaw a nasty year-long split party in over the congressional race to replace Congresswoman Loretta Sanchez.

This year, it played out again between former State Sen. Lou Correa (who lost last year in a special election by 43 votes to Do) and Garden Grove Mayor Bao Nguyen in the race for the 46th Congressional District, where Correa – the moderate – was victorious.

Now, Vandermeir does leave with some solid things to point to as Democratic Chairman in Orange County.

For the first time since FDR in 1936, a Democratic presidential nominee took a majority of votes in Orange County – mainly fueled with votes from central OC.

And in Fullerton, it looks as if Democrat Sharon Quirk-Silva is headed back to the state Assembly after a hard fought battle against incumbent Republican Young Kim.

Nonetheless, watching Republicans rally around Trump left Vandermeir admiring their ability to stick together and rally around party nominees, no matter the situation.

“We tend to tear ourselves apart,” Vandermeir said, also lamenting that the Democratic Party in Orange County still can’t count on the turnout muscle that local Republicans depend on because they haven’t been able to be consistent on organizing so that there is a viable party structure in every city. 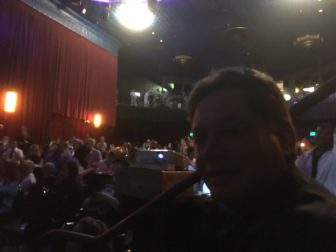 That will be the next chairperson’s challenge.

“My fun meter has peaked,” Vandemeir said. “I’m done with all the infighting and backstabbing of our party…It takes a toll.”

I left the Democrats in Santa Ana Tuesday night and headed down the 55 freeway to find my GOP friends in Newport Beach, who had gathered at the China Palace restaurant to take in election night.

While the GOP usually gathers at the Irvine Marriott, this year it was crickets at the hotel. Expecting a drubbing, party leaders instead reportedly opted for smaller regional gatherings, like the one at China Palace.

That small venue had the spirit, or better yet, the spirits, of a college football game in upset mode, with a crazed crowd watching something they hadn’t seen in eight years, a national election go Republican. 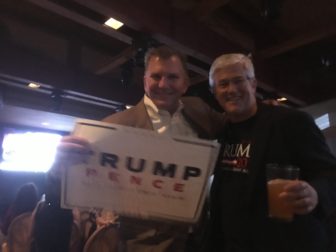 Later that night, when the big screen televisions broadcast that Hillary Clinton had admitted defeat, the place erupted.

“I think we had two broken candidates. But one was more broken than the other,” said state Assemblyman Matt Harper from Huntington Beach, an original Ted Cruz supporter who handily won re-election Tuesday night. 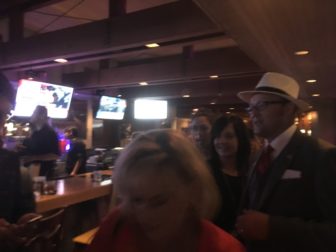 Harper likes the picks that Trump has put around himself so far, citing people like Vice President Mike Pence, Alabama Senator Jeff Sessions, (former New York Mayor) Rudy Guiliani, and is excited about what a new Republican administration means for a “pro-freedom” guy like him on a variety of fronts.

Yet his biggest take so far from this election was that voters are also sending a big, huge middle finger to The Media.

This year’s campaign coverage was patronizing, Harper said, with big media seemingly in the pocket of Democrats, largely painting any alternate views on public policy as extreme, racist.

He wasn’t the only one.

It’s a critique I heard all night long and something media outlets should digest.

“I blame the media,” said Steven Choi, elected that night to represent Irvine and nearby cities in the state assembly on Tuesday night. 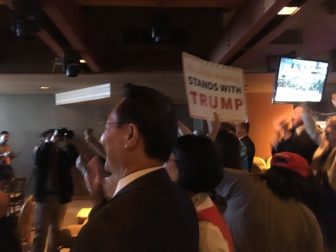 “There was very biased reporting against Donald Trump,” Choi said. “People were afraid to speak up. Donald Trump became their spokesperson. He didn’t care about political correctness.”

But the United States has the right, the obligation, to maintain strict enforcement of immigration laws like any other nation, said Choi, adding “America has become the target of Isis.”

Yet when I asked him about Trump’s statements regarding nations like Korea funding more of their own self-defense, Choi quickly countered, saying “that is a debatable question…Korea is the front line.”

Choi said he and other Korean Americans would likely engage the Trump administration to communicate the myriad benefits that U.S. interests receive from a stable Korean peninsula.

“I will try to remind him that it’s not a bottom line thing in international affairs,” Choi said.

Immigration is another issue where President Trump can expect to get lots of engagement quickly from Orange County, with marches already occurring this weekend in downtown Santa Ana.

After this year’s election, it was beyond refreshing to head to the Orange County Fairgrounds on Veterans Day for a different dynamic based around unity and recognition of sacrifice for the nation with the unveiling of Heroes Hall at the OC Fairgrounds in Costa Mesa.

For me, it was a particularly special day as it represented the culmination, indeed the correction, of a scandal that I started writing about more than a decade ago, when I worked at the Orange County Register.

For years, county officials set up nearly three-dozen plaques honoring really special local veterans, medal recipients, at the county civic center. Yet after they worked with AmVets to put up the plaques, the area around it turned into a makeshift homeless encampment.

No matter how many stories I wrote, local media wrote, about the bad condition of the plaques, county supervisors and officials couldn’t come up with a permanent solution. The plaques were often washed and the area repainted a few times but it quickly became tarnished again because of where they were.

Finally, last year, the Orange County Fair and Event Center – through the leadership of board member Nick Berardino and countless others including his colleagues on the fair board – set up an effort to establish a veterans museum, now called Heroes Hall, in Costa Mesa and agreed to host the plaques once restored.

Then they did it.

The longtime dream for veterans came to fruition this past Veterans Day at the annual celebration hosted by the fairgrounds to inaugurate the opening of Heroes Hall.

A mighty thanks to all, including Berardino, the wonderful veterans at AmVets, the fairgrounds board members and staff, and county officials, for really stepping up and doing the right thing. 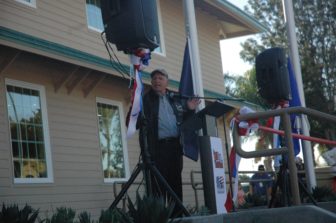 OC Fair Board Member Nick Berardino at the opening of Heroes Hall.

I would encourage everyone in Orange County to read the stories of heroism on these plaques and visit them at the museum. The sacrifices of these young men and their families, as well as countless others whose sacrifices go unrecognized, are the reason that all of us enjoy our freedom. 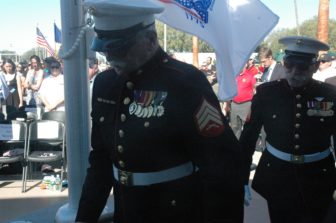 Veterans Day also offers all of us in civilian society a stand up and re-dedicate ourselves to defend the freedoms at home that have been purchased with so much blood overseas over so many generations.

Go to your local city council or school district meeting. Speak up at public comment.

Write a letter to the editor for Op-ed or your local news outlet.

Get active with your local political party. Stand up to become a steward at your local union. Apply for local commissions in your city or the local Grand Jury. Join local interest groups like the Sierra Club or League of Women Voters.

Following up on that lesson from Election Night on media, consider donating to non-profit media.

All election night, as I was out in the field, I kept noticing that when people had issues with the Voter of Registrar’s website, or needed more context than just raw numbers, they kept using Voice of OC on their mobile devices.

Our newsroom kept on top of key races all night long, kept updating and contextualizing stories on major races throughout the county.

It’s critically important that we tackle tough issues like immigration on a permanent basis and with data and facts driving the discussion.

The biggest lesson we should all draw out from this election is that entertainment-focused media isn’t the best tool for informing our civic dialogue.

It fuels odd outcomes – like reality TV stars for president – which is great for ratings but not always so great for governance.

Now, Donald Trump is our president.

I think we should all wish him the very best and pray for his success.

And hold him accountable.

Yet the key to real accountability is information.

We need to reshape our media institutions.

It’s up to all of us to build the media outlets of the future.

You can make a difference here in Orange County this holiday season by donating to Voice of OC.