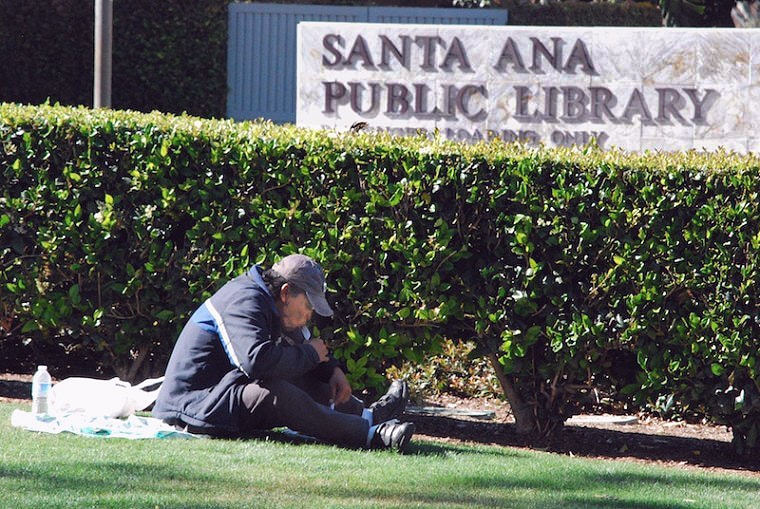 Thousands of calls for help signing up for food stamps, health care and other social services in Orange County go unanswered each month because of understaffing by the county, union leaders alleged during a Board of Supervisors meeting last week.

“The county has set staffing levels that fail the community,” said Raymond Hartwell, a social services eligibility worker at the county’s Garden Grove office who is also vice president of the union, American Federation of State, County and Municipal Employees Local 2076.

The county has roughly 1,500 eligibility technicians, who determine whether low-income people qualify for federally-funded assistance programs like food stamps and Medi-Cal health insurance.

“In a county as wealthy as the County of Orange, that is immoral,” Hartwell said during a union presentation to county supervisors during public comments.

Neither supervisors nor county staff responded to the Feb. 28 presentation.

The union has been in labor negotiations with the county for a new contract since April, but they have not reached an agreement. The workers’ current contract expired in June.

But when the workers spoke at the Jan. 24 supervisors’ meeting, Supervisor Shawn Nelson reiterated a point he often makes when people ask the board for more social services spending.

“We get less money from our property tax than any county in the state. It has an impact,” Nelson said. Orange County gets the lowest portion of local property taxes returned by the state to a county government among all 58 counties in California.

This is due to funding formulas set up by the California Legislature in response to Proposition 13, the landmark 1978 measure that reduced property taxes statewide and slowed their future growth. The amount each county gets is based on how much it spent on schools and other government services in 1979.

“Our citizens are in need that are poor and hurting, and they need our help,” Nelson said, calling Sacramento’s treatment of Orange County property taxes “shameful.”

In addition, the supervisors have shifted the county spending they control, known as discretionary spending or net county cost, from social and health services to law enforcement.

Over the past decade, discretionary spending for the Social Services Agency and Health Care Agency dropped by $9.3 million and $10.6 million, respectively, according to county budget documents.

During the same period, discretionary spending for the Sheriff’s Department and District Attorney’s Office increased by $57 million and $32 million, respectively.

And budgetary changes coming from Sacramento could lead to further cuts to social services in Orange County, officials say.

Gov. Jerry Brown’s recent state budget proposal calls for a cutback in state contributions to counties for In-Home Supportive Services. The program, which was signed into law by then-Gov. Ronald Reagan in 1973, pays people to care for seniors and disabled people at home by helping with housework, meal preparation and other daily tasks, as an alternative to more expensive care like nursing homes.

The governor’s plan would shift between $28 million and $38 million in costs from the state to Orange County, according to Mike Ryan, director of the county Social Services Agency, during the supervisors’ Jan. 24 meeting.

If the governor’s proposal moves forward as planned, “it’s gonna have a huge impact” that will affect “all of our programs,” Ryan said.

County compensation for the social services workers is lower than the pay of someone who’s learning to become a dog catcher for the county’s Animal Care department, the workers said.