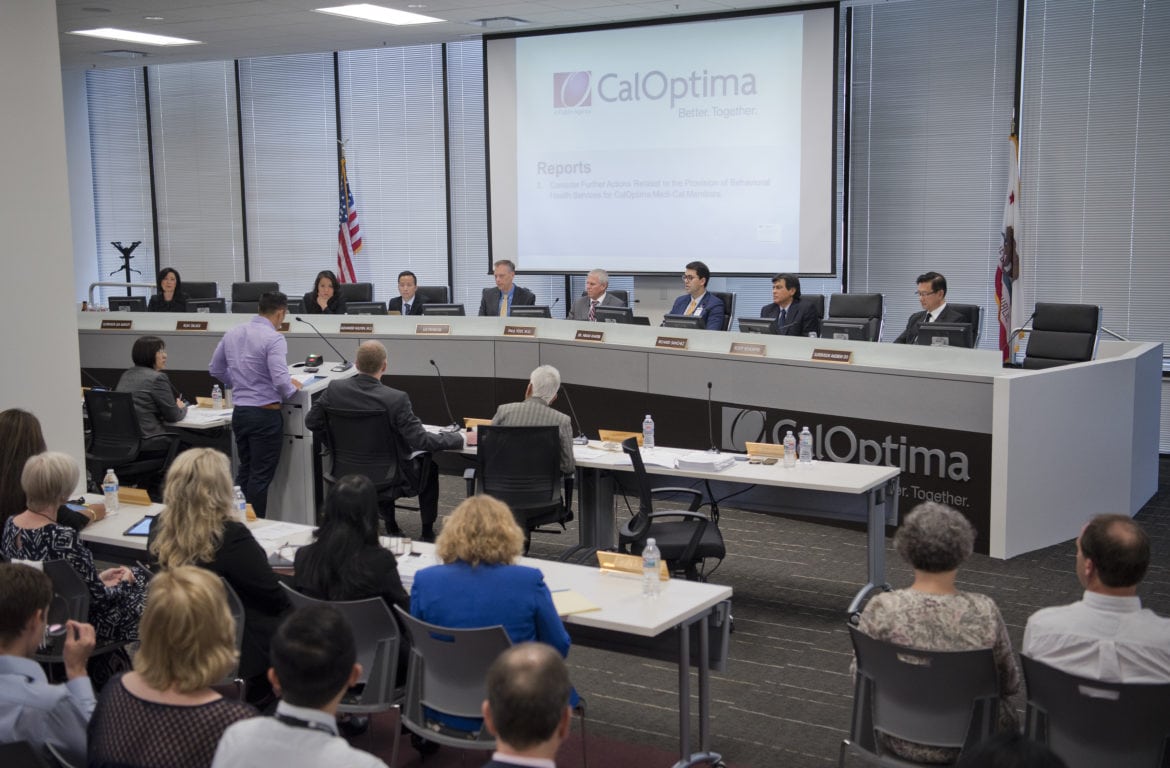 Officials at CalOptima, Orange County’s health plan for the low income and elderly, are considering plans to use the property surrounding the agency’s headquarters to build a mixed-use development that includes affordable housing and permanent supportive housing for homeless individuals.

CalOptima purchased the property in Orange, 505 City Parkway West, that includes its headquarters in 2011. Officials originally planned to develop the remaining 5.7 acres surrounding the office building into a parking structure and new office space.

The agency’s enrollment – and staffing – has grown as more people become insured under the Affordable Care Act, prompting discussions about a need for more parking and office space.

But uncertainty in Washington D.C. – including discussions in Congress to repeal aspects of the Affordable Care Act, known as ObamaCare – has fueled concerns among CalOptima officials that developments in Congress could hurt the agency’s enrollment and staffing.

“Given what’s happening in Washington, D.C. and Medicaid expansion payments, it’s unlikely we’ll be able to use the (additional) office space,” said board Chair Paul Yost, who is an anesthesiologist. “We have 235,000 members that have health insurance as a result of the Medicaid expansion.”

Now board member Lisa Bartlett, a county supervisor, is proposing the agency turn its remaining property into a mixed-use development with affordable housing and permanent supportive housing for the homeless.

“As a local health plan, it is within CalOptima’s interests in being part of the solution to house the homeless since mounting evidence shows that the provision of stable housing leads to improved health outcomes and reduced costs of care,” wrote Bartlett in a Dec. 5 letter to her CalOptima board colleagues.

Bartlett pointed to statistics that medical costs for homeless people are reduced when they are placed in permanent housing with support services.

Bartlett proposed pursuing a public-private partnership to fund the development and offered to have the county’s real estate staff help write a bid, known as a request for information, to developers.

Although the property already is zoned for a mixed-use development, CalOptima will need approval from the city of Orange to extend its development rights beyond 2020. They will also need to change the existing development agreement, which currently allows for a second office building and parking structure.

Parking also remains a concern for the agency, which is short at least 250 parking spaces, according to staff. Many staff resort to parking in lots for the nearby shopping mall, the Outlets at Orange, and sometimes receive warnings or tickets.

Other board members were generally supportive of Bartlett’s proposal, although several raised concerns about timing and how such a development fits into the agency’s mission.

“I think the board is still thinking in conceptual terms about what would be the best interests of the members and community. There’s some differing opinions. We’re in the health business, not real estate business,” said Yost.

Chief Counsel Gary Crockett noted much of the agency’s funding comes from Medicaid and use of those federal tax funds are restricted.

Some board members said discussing a bid is premature and the board needs more information first.

“The most we can talk about is for staff to go back to the city, get the development agreement, and then do an RFI [request for information] again, but this time expanding the scope,” said board member and county Supervisor Andrew Do.

The board voted unanimously to pursue an extension of its development agreement with the city of Orange and begin working with county staff on creating a request for information.

“Wow, boy would something like that fit with our mission in a good way,” said Penrose. “I don’t know how many units we could create, how many lives we could save, how much that would save in terms of cost of healthcare…but it sure would send a message and maybe spark other development opportunities across the county.”