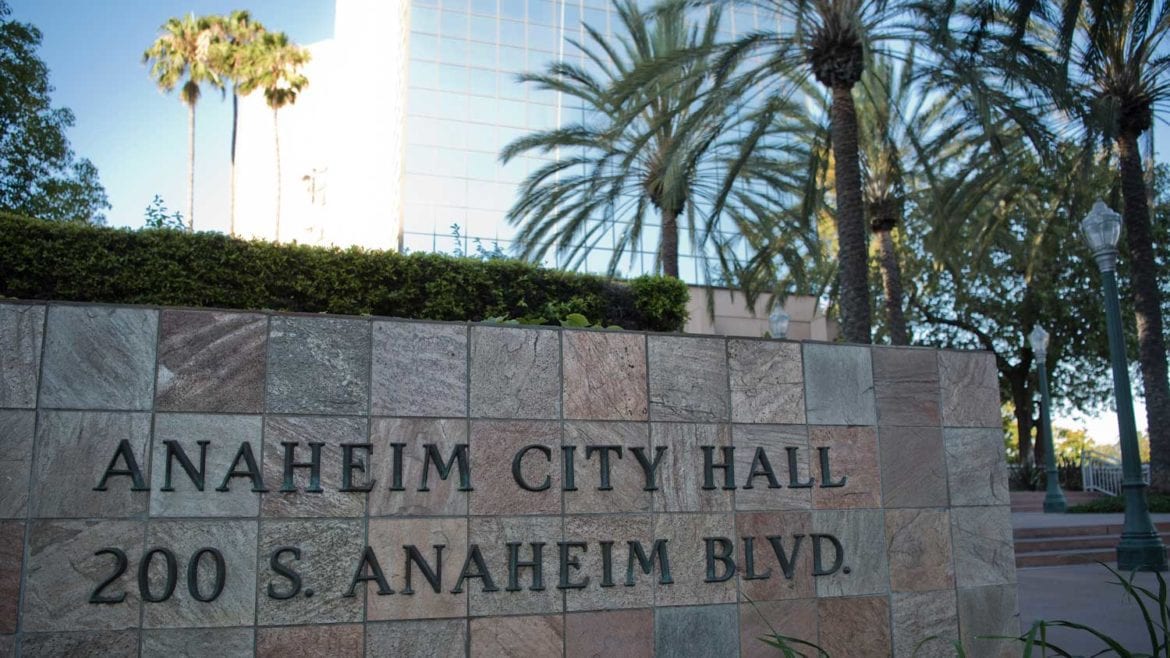 The Disneyland Resort has spent almost $1 million to influence Anaheim city council campaigns and oppose a minimum wage initiative with three weeks to go before the Nov. 6 election, more than it spent at this point ahead of the 2016 election.

“Anaheim has been our home for more than 60 years and we care deeply about the city and its future,” said Disney spokeswoman Suzi Brown in a statement. “That’s why we support candidates who will address the vital issues facing Anaheim and understand that a strong resort district means new jobs, increased investment and economic vitality, which benefits the entire city, its residents and neighborhoods.”

The company has contributed $635,000 this year to Support Our Anaheim Resort (SOAR), a political action committee (PAC) largely spending in support of three city council candidates, and another $304,160 toward opposing a minimum wage initiative known as Measure L.

The company also has given maximum contributions of $2,000 to the campaigns of Harry Sidhu and Lorri Galloway, both candidates for mayor, and council candidates Mitch Caldwell and Trevor O’Neil.

In August, the City Council rescinded two major tax subsidy deals for the Disneyland Resort after the company’s President Josh D’Amaro said the deals were too politically divisive.

Even the company’s toughest critic on tax subsidies, Mayor Tom Tait, said the move was a major step toward resetting Disneyland’s embattled relationship with city leaders.

But not everybody sees the move as an olive branch.

Last week, Councilman Jose Moreno – who saw $85,683 spent against him by Disney-affiliated committees in 2016, according to the Los Angeles Times – speculated that Disney is trying to take over the city council once again so it can ask for the same subsidies.

“If Disney has its way in this election, it’s another worthwhile investment – a million [dollars] in an election so you can get a $300 million subsidy,” Moreno said at a council meeting lasts week.

Unlike 2016, when the company gave $1.22 million to at least ten campaign committees heavily involved in the Anaheim election according to reporting by Voice of OC and the Los Angeles Times, this year the company appears to have spent most of its money, $939,160, on just two committees. SOAR, the committee focused on city council races, is so far spending money in support of candidates, rather than funding negative ads against their opponents as they did in the last election, according to campaign disclosures.

SOAR has spent at least $670,148 in support of the following candidates:

SOAR has received small donations from other local business leaders, but the bulk of its funding so far has come from Disney.

2018 will be yet another pivotal election for the Disneyland Resort and companies that benefit from city’s the tourism industry.

In 2016, the company spent heavily to elect a slate of candidates supportive of city subsidies and to oppose those aligned with Tait. Despite the outsized spending by Disney, the council’s political majority fell in Tait’s favor. This year, with Tait termed out after eight years as mayor and three open city council seats, Disney has another opportunity to help elect a council majority friendly to its interests.

In August, the city council rescinded two subsidy deals for the Disneyland Resort that ensured the wage initiative would have applied to the company’s nearly 30,000 employees. Now without the deals, opponents of the measure and the city attorney say it won’t apply to Disneyland, although the union attorney who drafted the measure disagrees.

The No on the Anaheim Job Killer Initiative campaign, which is opposing Measure L, has spent $402,071 this calendar year, according to a Sept. 28 campaign disclosure.

Disney’s contribution to the No on Measure L campaign, which is managed by the Anaheim Chamber of Commerce, was made before the measure qualified for the ballot in June. Brown said the company doesn’t have any plans to spend more money on that ballot initiative in the coming weeks.

“We believe issues like these should be solved at the bargaining table rather than the ballot box,” Brown said, pointing to agreements Disney recently approved with several labor unions that will raise the minimum wage to $15 an hour by January 2019, three years before a statewide increase would bring the hourly minimum wage to that level.

John Lewis, a political consultant for Tait, said the rescinding of the Disney subsidies was an attempt to mitigate the company’s unpopular political image among Anaheim voters. It’s election spending, however, suggests efforts to “elect a compliant and friendly city council and mayor.”

“If you look at it in the prism of the last few years, you’d say ‘no’,” it’s not a worthwhile investment, said Lewis. “But if you look at all the taxpayer benefits they’ve received over the years…everything they’re doing now is clearly aimed at, at the very least, huge hotel subsidies.”

Brown said Disney “just got out of these subsidies” because they were too politically divisive and has no intention of trying to replace them.

“It’s unfortunate that Moreno is running on a campaign based on fear rather than fact,” Brown said.

In addition to Disney, Measure L is spurring developers and unions to spend heavily in Anaheim this year.

A coalition of labor unions has raised more than $1 million, and spent nearly half a million, to promote Measure L, which would require any company in the Anaheim Resort district receiving city tax rebates to pay a $18 an hour wage by 2022, wages that will increase by at least two percent each year thereafter.

The Yes on Measure L campaign spent $307.82 on literature for Moreno and $1,383.32 for mayoral candidate and attorney Ashleigh Aitken, according to campaign disclosures.

A political action committee called the Anaheim/Orange County Hotel and Lodging Association has spent $49,217 on behalf of Sidhu.

William O’Connell, one of the developers of the DoubleTree Hotel that could be subject to the wage initiative, and his business partner Ajesh Patel both reported giving $208,000 on Oct. 5 to the No on Measure L campaign. It’s unclear whether those are the same or two separate donations.

O’Connell is also behind two GardenWalk Hotel projects that could be subject to the wage initiative.

The developers of two subsidized hotels, FJS Inc. and Good Hope International, each gave $23,210 to the No on Measure L campaign.

O’Connell’s wife Jean and Patel each gave $23,210 to the committee as well.