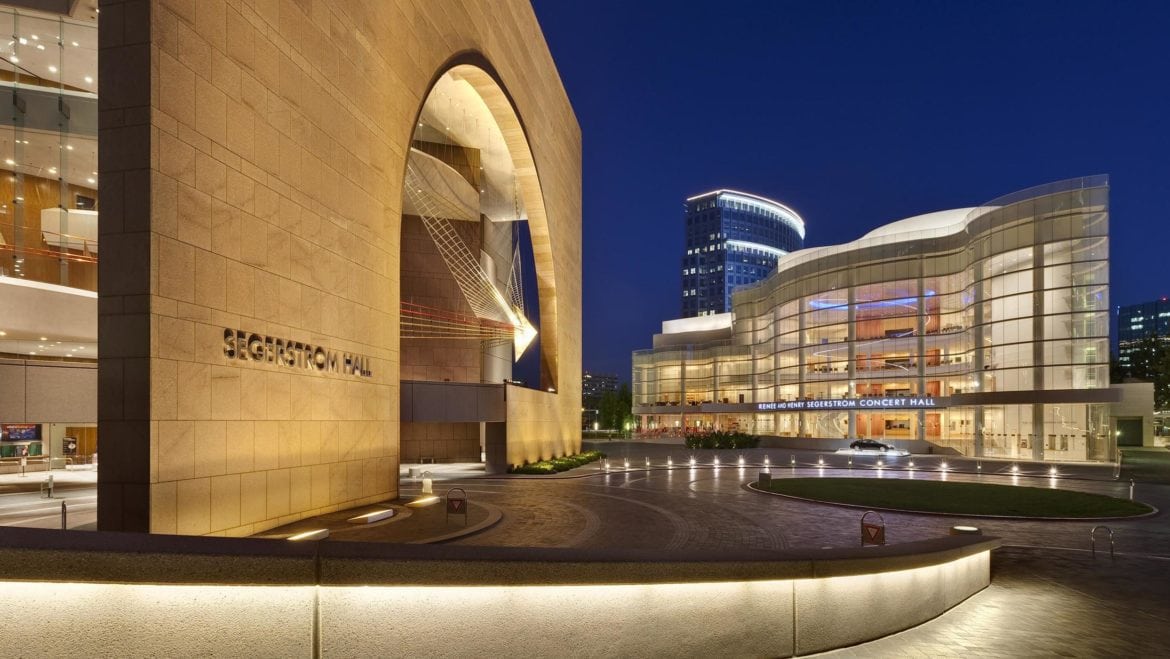 Segerstrom Center for the Arts (Photo courtesy of SCFTA)

It has been more than a week since Terrence W. Dwyer unexpectedly left his job as president of the Segerstrom Center for the Arts, Orange County’s biggest cultural leadership position. Since that surprise announcement, few clues have materialized to help explain why Dwyer left when he did.

“It seemed like a transition moment had arrived,” Dwyer said Thursday during a phone interview, which took place almost a week after Voice of OC requested it. “We had reached a point where a strategic plan was completed. It was the right time to leave.”

But why was the announcement made without warning at 3 p.m. on a Friday, to the surprise of Segerstrom Center staff as well as the arts community at large? And why was Dwyer not present at that hastily called meeting?

“That’s the way they wanted to handle it, and I’m fine with that,” said Dwyer, sounding like a man adhering to the confines of a non-disclosure agreement (he wouldn’t confirm if there was one). “I’ve talked to a lot of people (since then) and I’m sure I will continue to do so over the months ahead. I made a lot of supportive relationships throughout the organization.”

The change at the top was preceded by several seemingly unrelated but curious events.

Jennifer Turner, the Segerstrom Center’s executive vice president and managing director, recently accepted the position of president and chief executive of the Tennessee Performing Arts Center in Nashville, according to the Nashville Tennessean. She will start there in May. Turner had been at the Segerstrom Center for nearly six years, two of them in her last position.

In mid-January, the Costa Mesa Planning Commission approved a master plan to build a new home for the Orange County Museum of Art on the Segerstrom campus. The project has been discussed for decades.

Dwyer filed an application for appeal on behalf of the Segerstrom Center which  was sent to the Costa Mesa City Clerk’s office on January 18, 2019. In it, he raised concerns about site access, parking, outdoor activity space, building design and site integration – in other words, almost everything.

“The Center wants the art museum on our campus, but there were some details to be worked out. I was simply representing the Segerstrom Center’s interests,” Dwyer told me. “At this point, those questions can be better addressed by the Center.”

Construction bids are in the offing. OCMA officials are expecting to move to their new building sometime in 2021. Why would the Segerstrom Center be raising major objections at this late date?

Dwyer said he is not leaving his position because of another job offer. However, he insists he is looking around.

“I definitely have no plans to retire,” said Dwyer, 63. “It’s a really exciting time to be a leader in the not-for-profit arts world. There’s a great opportunity now for cultural organizations to contribute to the future of their communities, and as partners in economic development as well. I was thrilled to pursue these ideas at the Center. I’m starting to look around a bit to see where is the next place I can follow through on these ideas.”

In describing his ideal new job, Dwyer perhaps hinted at the results he wasn’t getting in Costa Mesa.

“What I’m looking for is a place where it’s in their DNA to reinvent themselves in whatever way is necessary so that they can be artistically successful and grow. I want to contribute to that (kind of an organization) with every ounce of my leadership.”

Wrong side of the change curve?

Dwyer’s effectiveness in leading Orange County’s flagship cultural center through various hardships and steering it in a more progressive direction has been widely noted. The burning question now is whether its executive-level decision makers and board members choose to continue following Dwyer’s vision.

They would be wise to heed Dwyer’s fervently held belief that Orange County’s changing demographics, and the radically different tastes of younger arts patrons, demand fresh programming ideas, even a re-evaluation of the Segerstrom Center’s purpose and place in the community.

“I hope and expect that the Segerstrom Center will continue down the path that we started on,” Dwyer told me. “Artistic leadership, cultural and civic impact, institutional relevance – these things are all integrated in a way. You have to have an organization that is constantly learning and flexible and open to new ideas. I’m confident that the Center will be constantly evolving to stay ahead of the change curve.”

If demographics are destiny, many of Orange County’s major cultural institutions are on the wrong side of the change curve.

Three other local arts organizations were recently given a chance to address O.C.’s rapidly changing demographic mosaic when their top positions came open. Yet when the hiring was complete, Orange County’s two largest minority groups, Latinos and Asians – which now represent more than half of Orange County’s population – were still unrepresented, as they have always been.

And other progressive practices adopted elsewhere are followed only fitfully in O.C. Many arts groups strive for complete diversity on their boards – not just cultural and racial, but economic and generational as well. East West Players in Los Angeles, for example, has assembled a board that includes local residents in their 20s and members of other underrepresented constituencies that are important elements of its community. “We want a board that looks exactly like a cross-section of our part of the universe,” said artistic director Snehal Desai.

There are other changes that could help the Segerstrom Center grow in the way Dwyer envisions. For starters, it could be a more cooperative, visible, and generous member of the local arts world. Too often, it doesn’t participate in community-level cultural activities and organizations. Years ago, the Center chose to pull away from its robust support for the annual Imagination Celebration, which promotes the arts at the K-12 level. And several groups have grumbled that the Center doesn’t heed requests to program its events so they don’t compete with similar presentations at other venues.

Crucial members of the Center’s staff – executive-level people who could have important and helpful community functions – are seldom seen outside its walls and don’t often interact with their colleagues at other arts institutions.

Granted, intra-institutional relationships among Orange County’s arts groups are notably chillier than seen in most other places, and the blame for that doesn’t rest solely with the Segerstrom Center.

But as Orange County’s most important cultural institution, the Segerstrom Center for the Arts has both an opportunity and an obligation to set the tone. And speaking as a professional observer who has been both fan and critic since I attended its opening event in 1986, I’d like to see a place that was less cloistered and secretive, more charitable toward its institutional colleagues, and more intimately connected to Orange County, especially its underserved communities.

The Argyros Plaza and its mandate of inclusiveness is a heartening step in the right direction. I hope that spirit continues under a new leader. It would be a fitting way to honor Dwyer’s legacy.

Paul Hodgins is the senior editor of Arts & Culture at Voice of OC. He can be reached at [email protected]